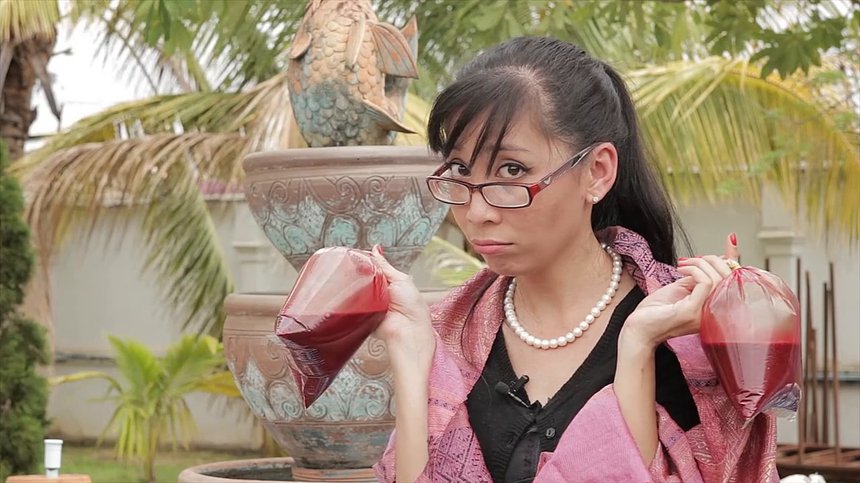 Like the headline says, following up a successful crowd funding campaign and serving as the Lao side of Jamie Dagg's Canada-Lao co-production River, Chanthaly helmer Mattie Do's Dearest Sister is gaining momentum leading up to production with word that Raven Banner have picked up international sales rights. Here's the official press release:

Do's sophomore feature tells the story of a village girl who travels to capital Vientiane to care for her rich cousin who has mysteriously lost her sight, and somehow gained the ability to communicate with the dead. Matters are further driven downfall by the cousin's ambivalent marriage with an Estonian expat, who has his own dark secrets to hide. Music and radio celebrity Vilouna Phetmany and Estonia's theatre and screen veteran, Tambet Tuisk (Poll, Demons, Zero Point)  play the couple with Amphaiphun Phommapanya (Chanthaly) starring as the village girl.

A coproduction between Laos, France and Estonia, the film will be shot in the late Spring 2015 with producer's duties shared by Do for Lao Art Media, Annick Mahnert for Screen Division and Sten Saluveer & Helen Lõhmus for Oree Films with Estonia's Mart Ratasepp lensing the film with a mixed European and Lao crew. Postproduction of Dearest Sister will take place later this year in France and Estonia and is set for a release in 2016.

Do previously directed Chanthaly, the first ever Lao genre film and was chosen as part of a handful selected to present Dearest Sister in the World Cinema Pavilion at the Cannes Film Festival in 2014 as part of the Institut Français' Fabrique des Cinemas du Monde and was one of ten international filmmakers selected to participate in the Toronto International FIlm Festival Talent Lab in late 2014. Mattie Do is, to date, the only woman to direct a feature film in Laos.

XYZ Films is representing Dearest Sister in the U.S.