First Terrifying Teaser For The Live-Action ATTACK ON TITAN! Has Arrived 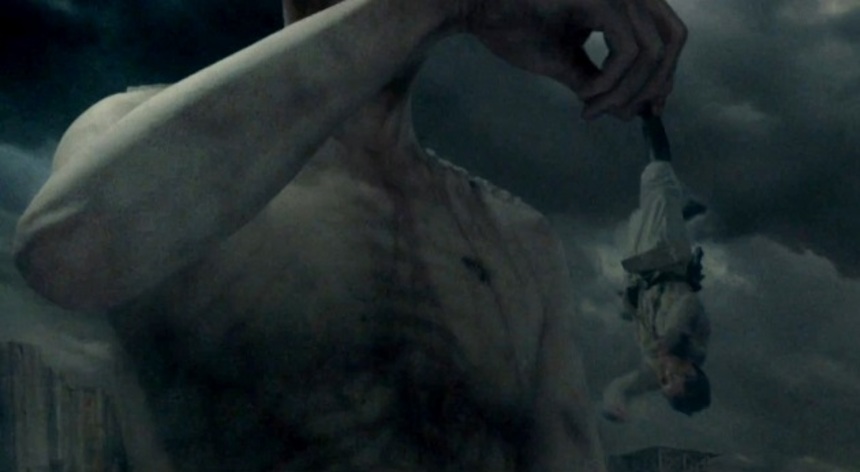 Finally, a teaser trailer for the upcoming live-action adaptation of Attack on Titan film has arrived.

After the cast announcements last year, we recently saw character posters with them all in full costume - and now we finally have a glimpse of what the film itself will look like. First impression: the tone is dark (of course), and the music tracks are not the familiar epic ones we all know and love from the anime. And it's still terrifying to see those giant, nude, man-eating monsters in action!

For those unfamiliar with the franchise, here is a synopsis:


It's only a 30 seconds teaser, but now we're all craving for a full trailer!
The two-part fantasy film Attack on Titan is scheduled for theatrical release in Japan during the summer of 2015.
Tweet Post Submit

Do you feel this content is inappropriate or infringes upon your rights? Click here to report it, or see our DMCA policy.
Marina InoueYuki KajiJosh GrelleBryce PapenbrookAnimationActionAdventure