Peter Martin
Managing Editor; Dallas, Texas (@peteramartin)
Tweet Post Submit
They're really big! And they eat people!
The second (and concluding) installment of the big-screen adaptation, Attack on Titan: End of the World looks suitably apocalyptic. Installment #1 ate up the box office in Japan earlier this month, and now part deux is poised to do the same when it smashes into theaters on September 19.
To get everyone up to speed, the official synopsis for the second film is below, along with a new trailer which is quite a bit more discreet -- and, dare I say, family-friendly -- about the flesh-eating monsters. I was thoroughly engrossed by the anime series and so remain curious about how it comes across in live-action format. For now, the new trailer -- plus a few stills -- will have to do. 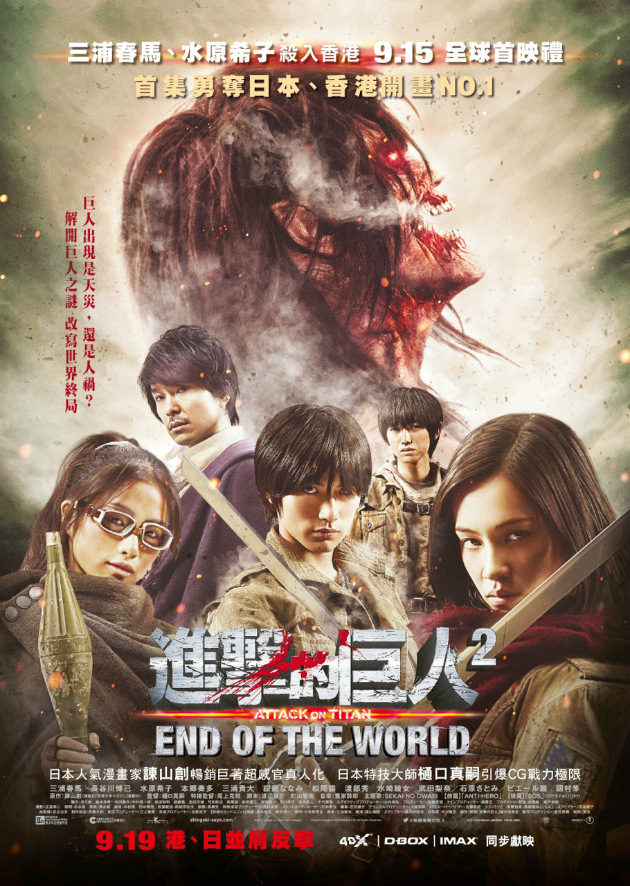 "Japan, present day. The sudden arrival of the Titans—mysterious, gigantic humanoid creatures who devour human beings one after the other—brings mankind to the brink of extinction.

"Fast-forward more than 100 years later. What remains of the human population now live in relative peace behind massive walls that were erected to defend themselves against the Titans. Yet once again, that peace is shattered when a Titan measuring over 50 meters tall smashes through the wall, allowing a horde of other Titans to enter.

"Eren and the others set out on a mission to restore the Wall that had been destroyed by a colossal Titan, but they’re suddenly faced with a quagmire when they’re attacked by a horde of Titans. Shikishima, the Titan-slaying captain of the Scout Regiment, arrives to save the day, but the Titans show no sign of letting up. During the battle, Eren is badly injured, and in the process of saving his friend Armin, he’s swallowed whole by a Titan. Just as all hope seems to be lost, a mysterious Titan with black hair suddenly appears and begins annihilating the other Titans.

If this mission fails, it will spell the end of humanity. Why did the Titans appear? Why do people continue to fight? The last counterattack to save human civilization is about to begin." 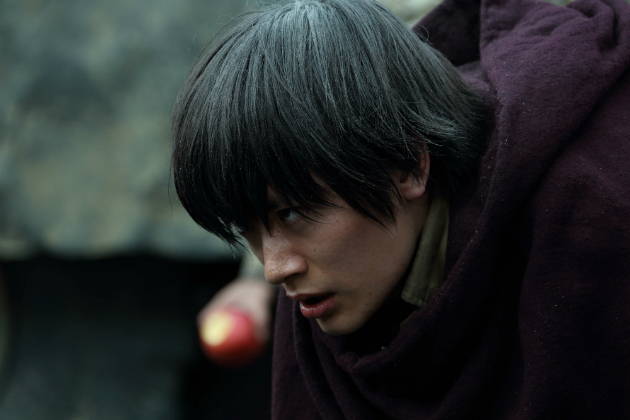 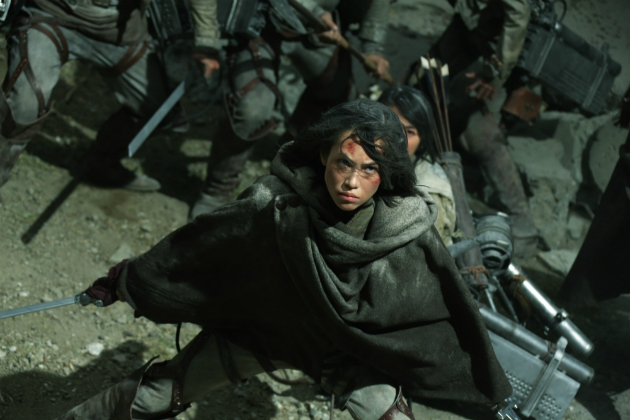