Al Young
Contributor
Tweet Post Submit
After keeping Attack On Titan fans eagerly anticipating in the dark for months since word on Shinji Higuchi's upcoming live action film adaptation first broke out, Toho has finally announced the cast line-up to the Japanese media, along with revealing several key art posters of each character in their costumes.

On the casting process, producer Sato Yoshihiro stated that it wasn't necessarily crucial to find actors who resemble the appearances of the original designs from the manga. Rather, with approval by Attack On Titan creator Isayama Hajime himself, they cast actors based on who they felt could capture the "spirit" of the original characters.

The film will feature seven new characters not seen before in the manga, as well as new enemies. The story will be told in two parts. Watanabe Yûsuke , the screenwriter of both Gatchaman and Gantz live action, scripted the story while Tsuge Isao, the art director of 13 Asssassins, served as the costume designer.

The two-part fantasy film is scheduled for theatrical release in Japan during the summer of 2015. 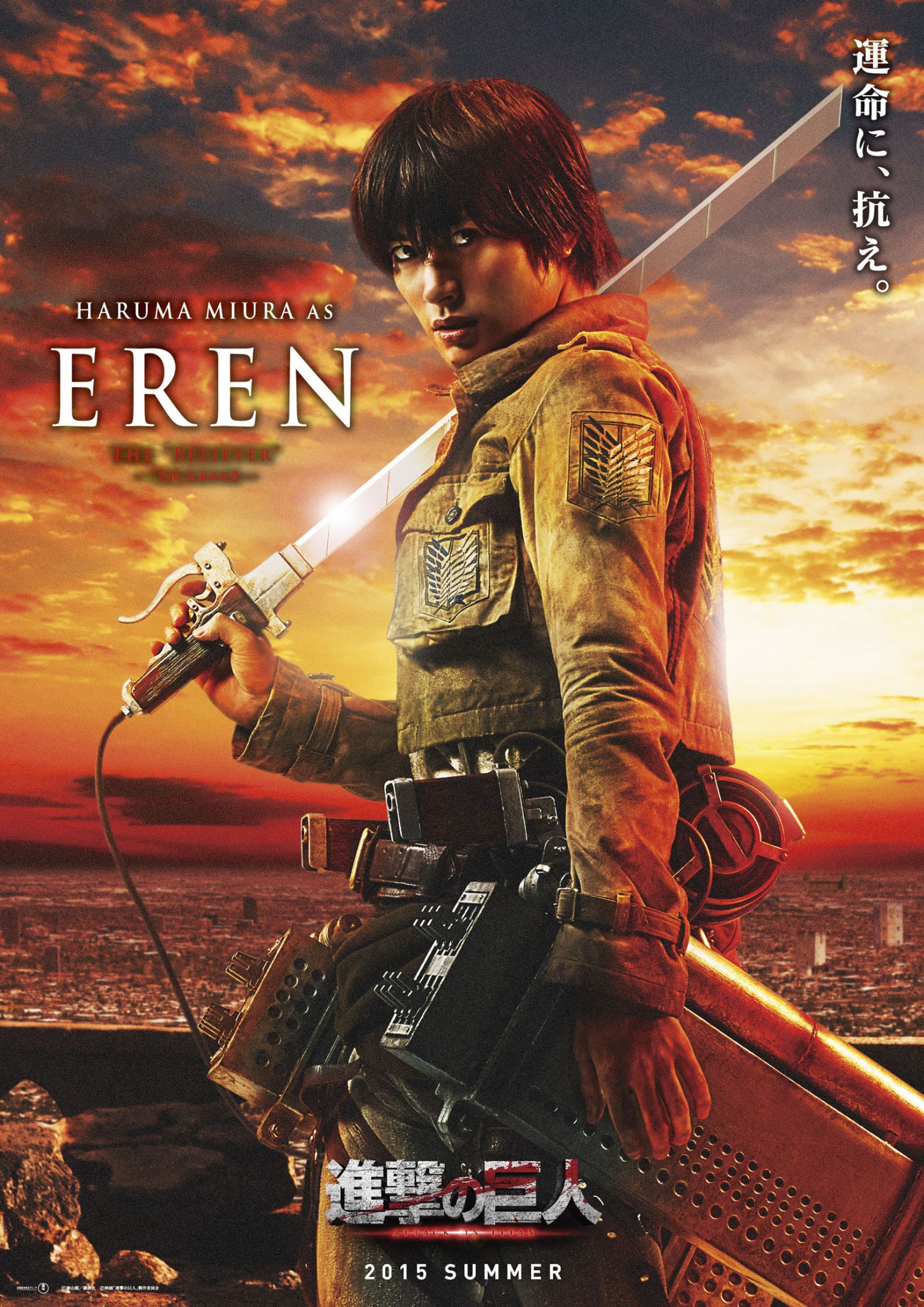 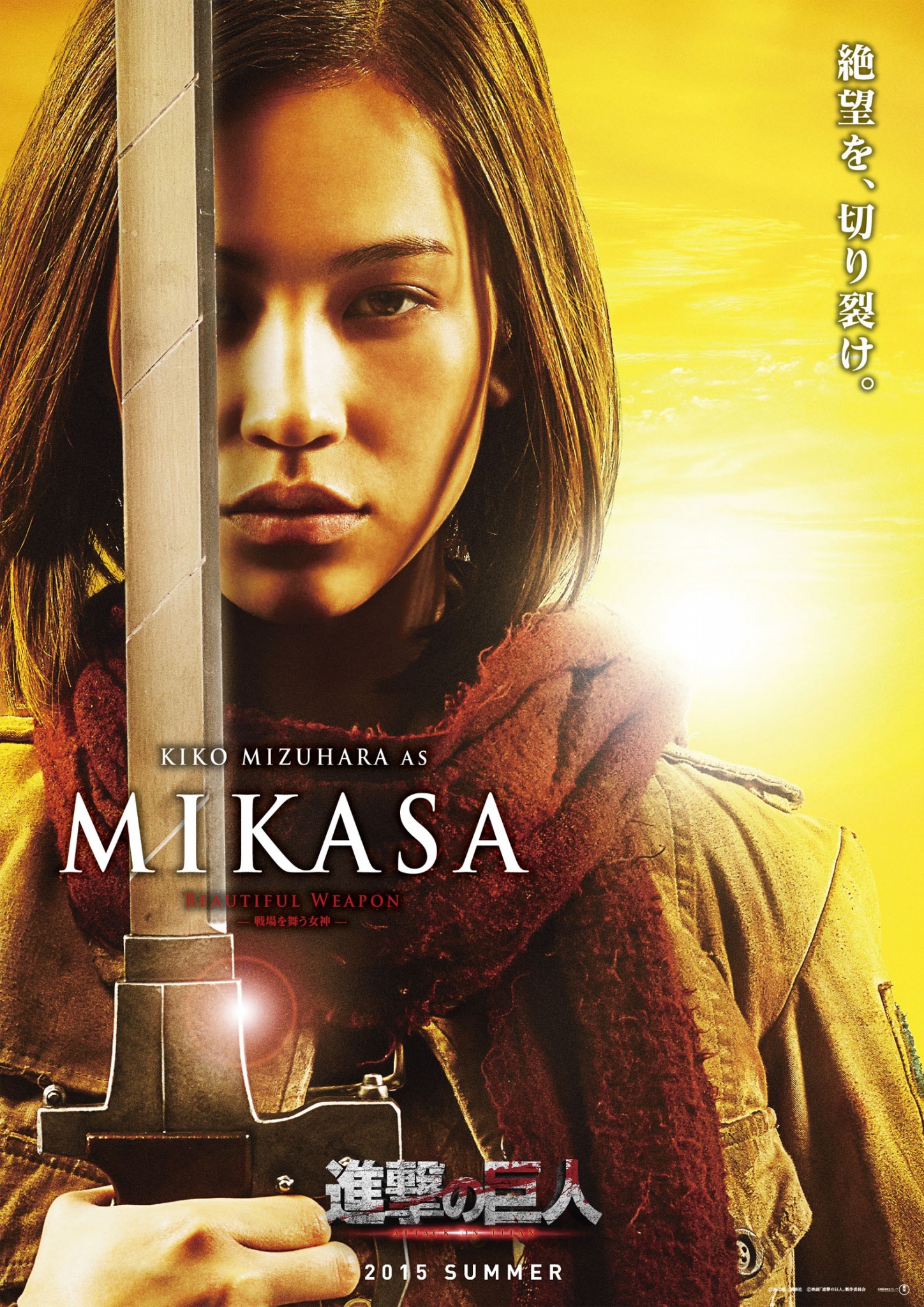 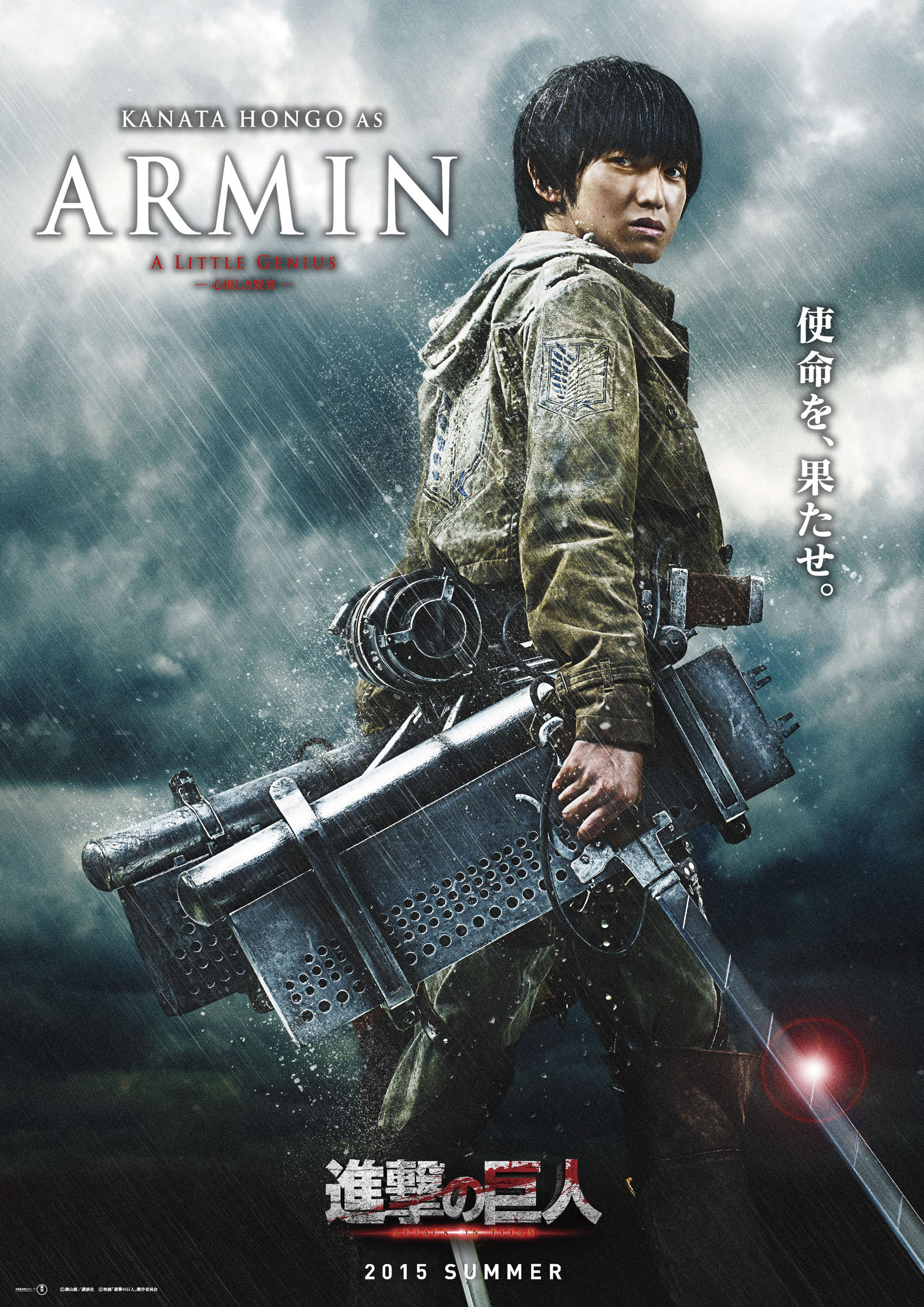 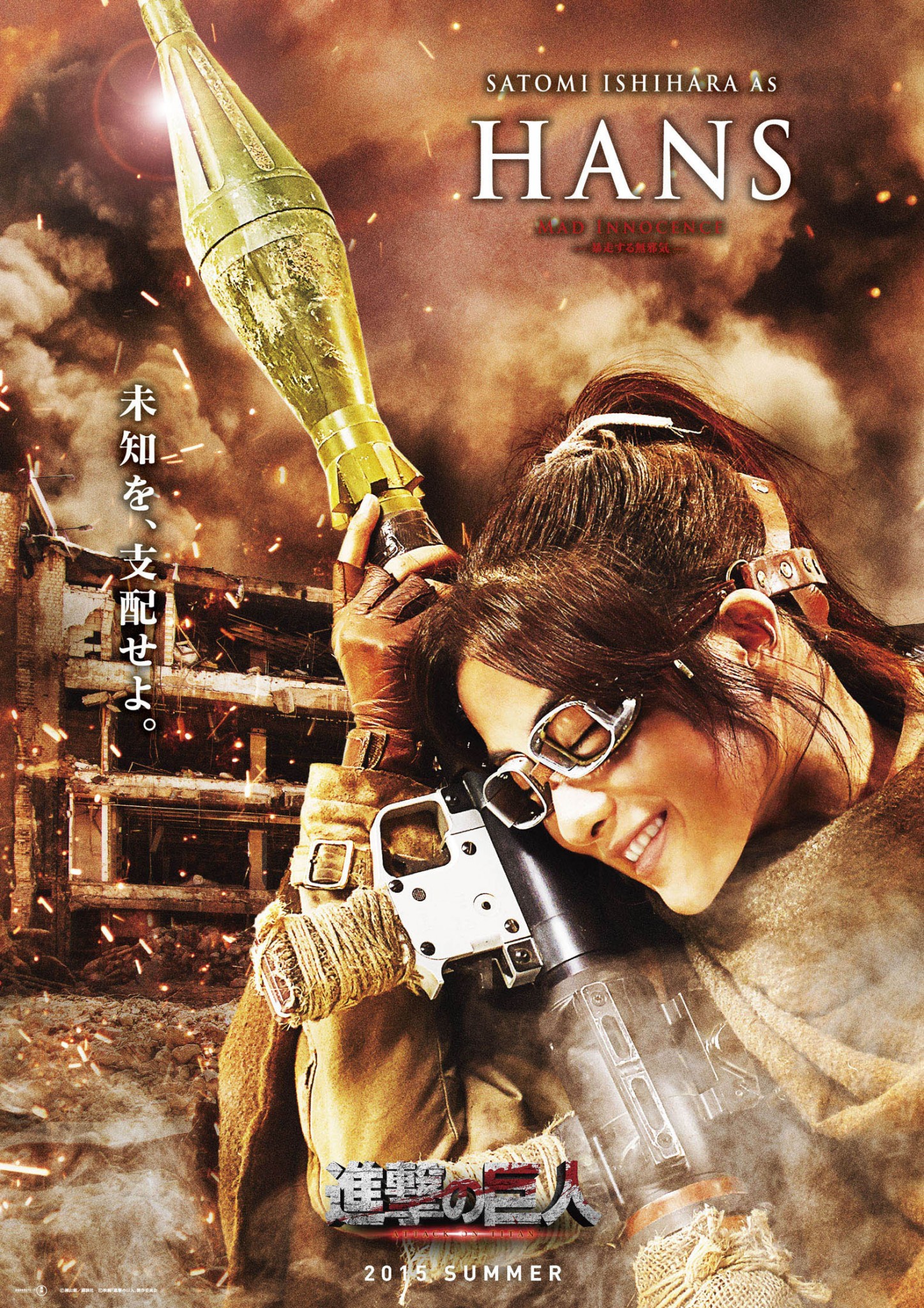 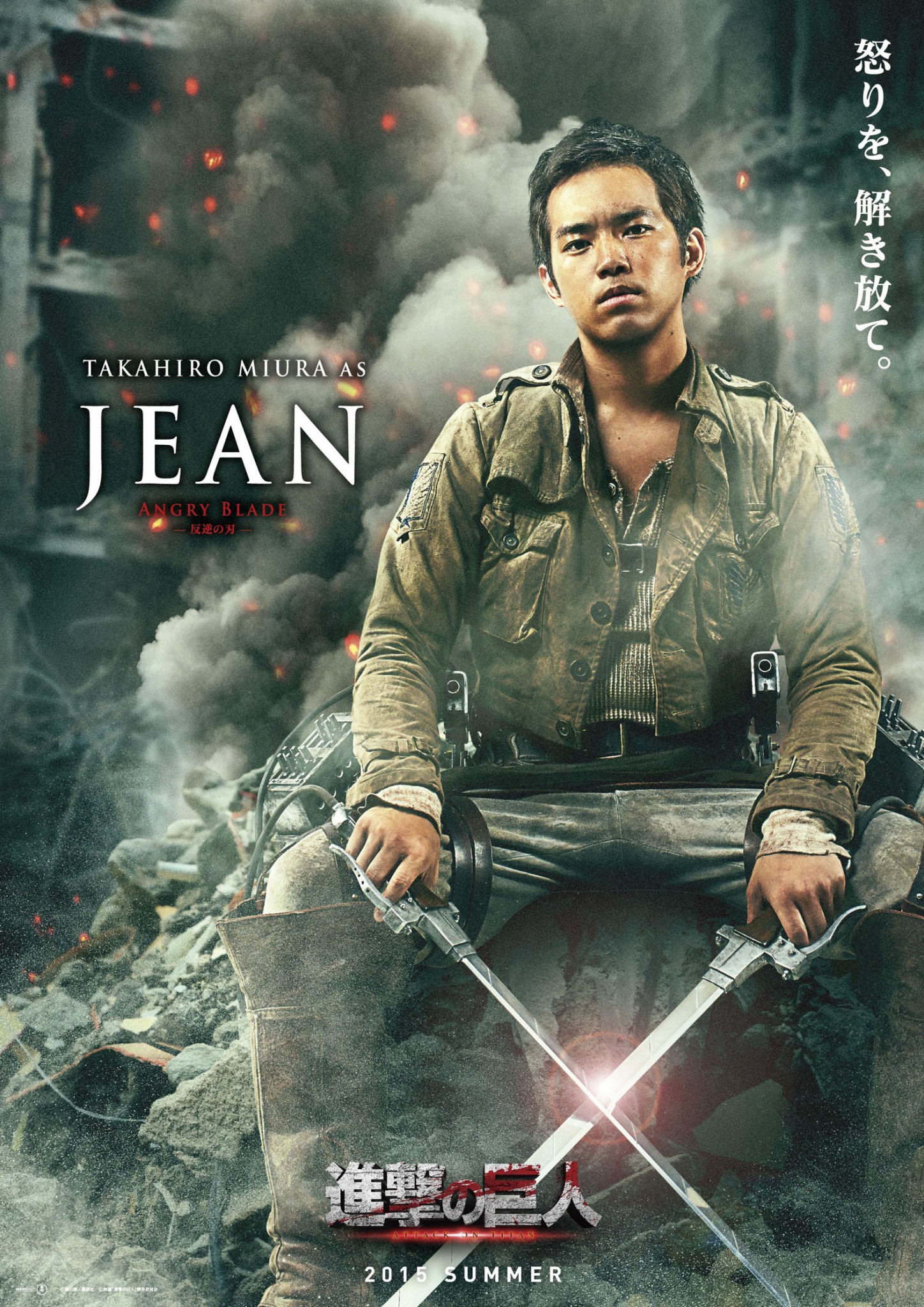 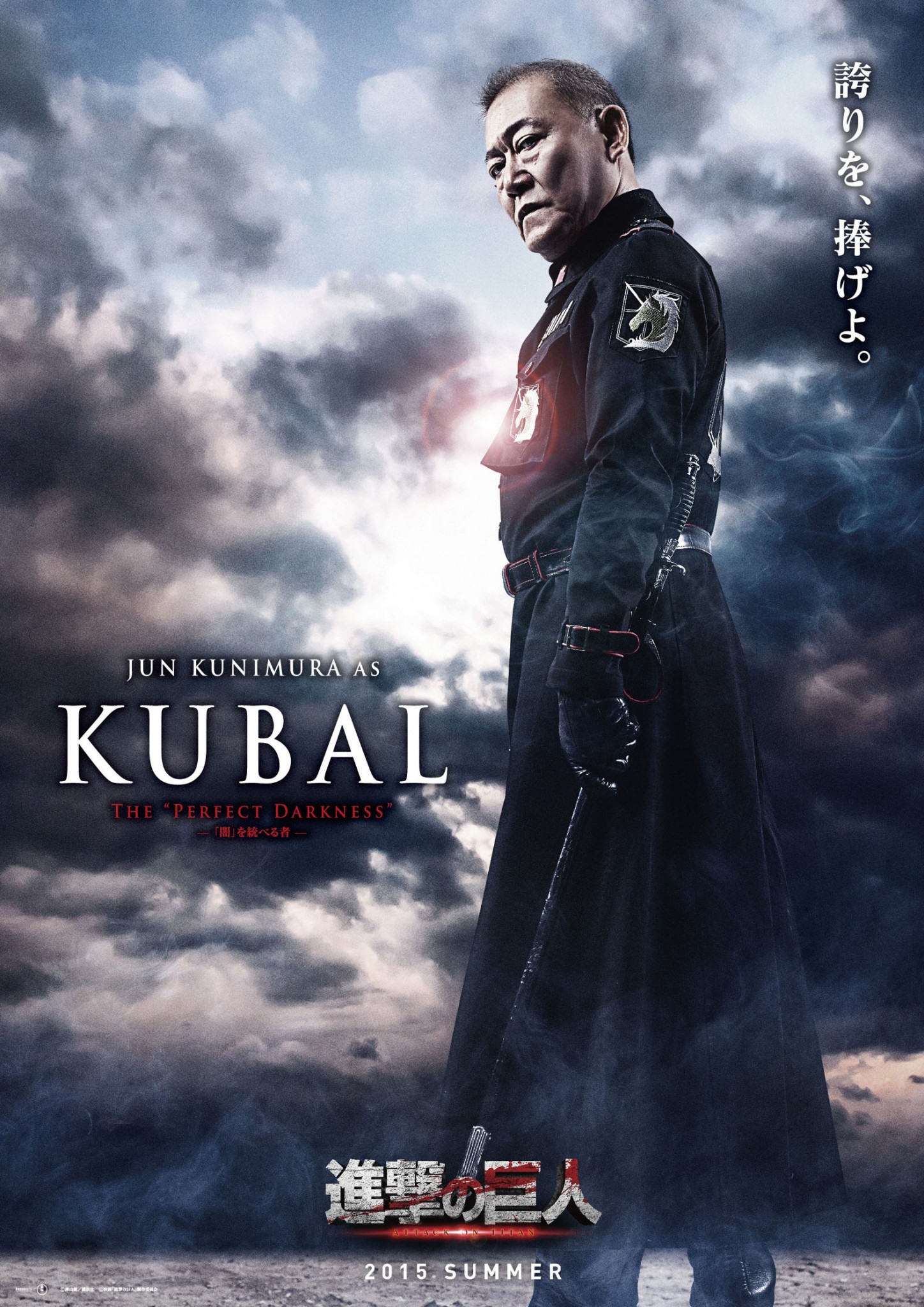 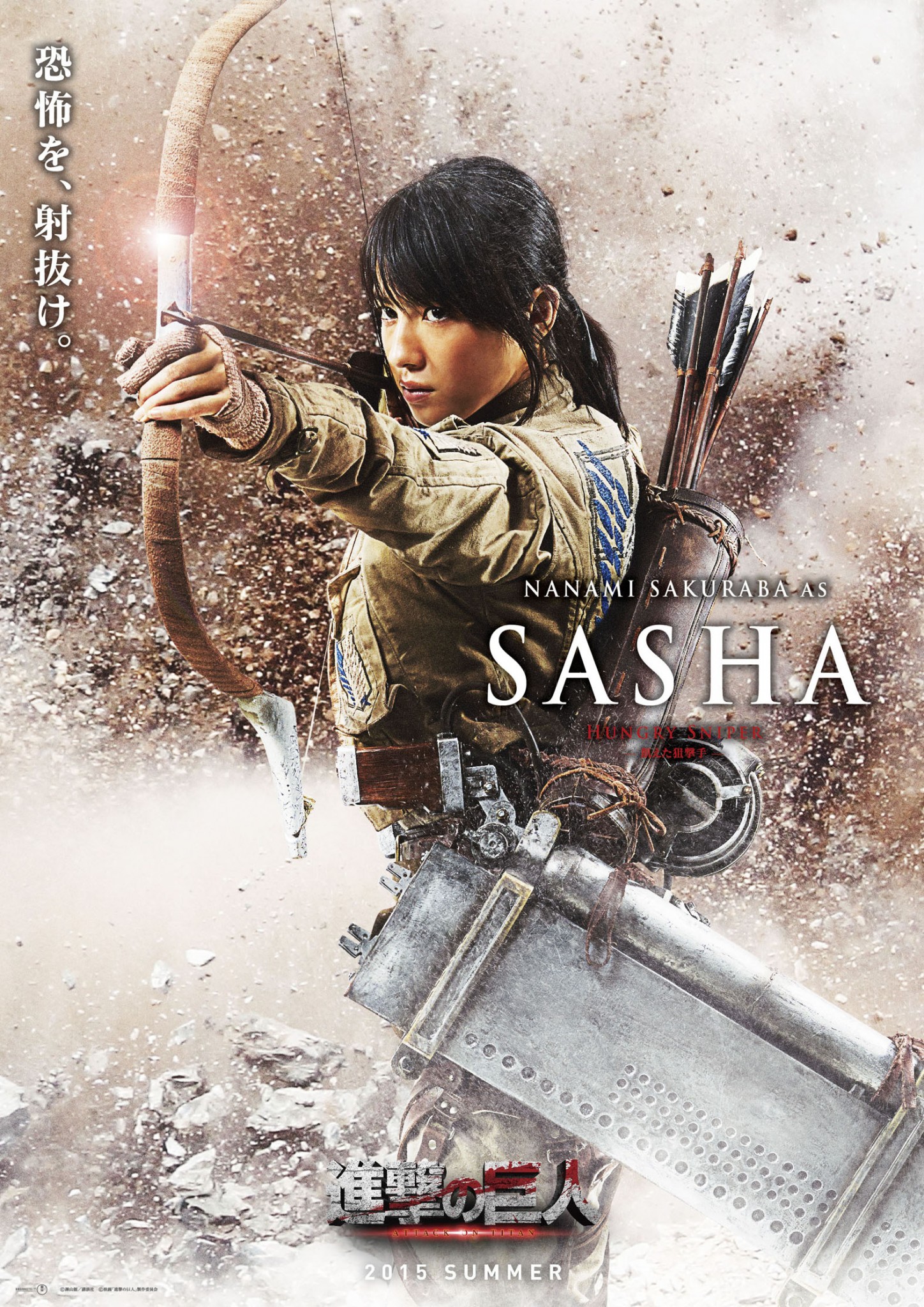 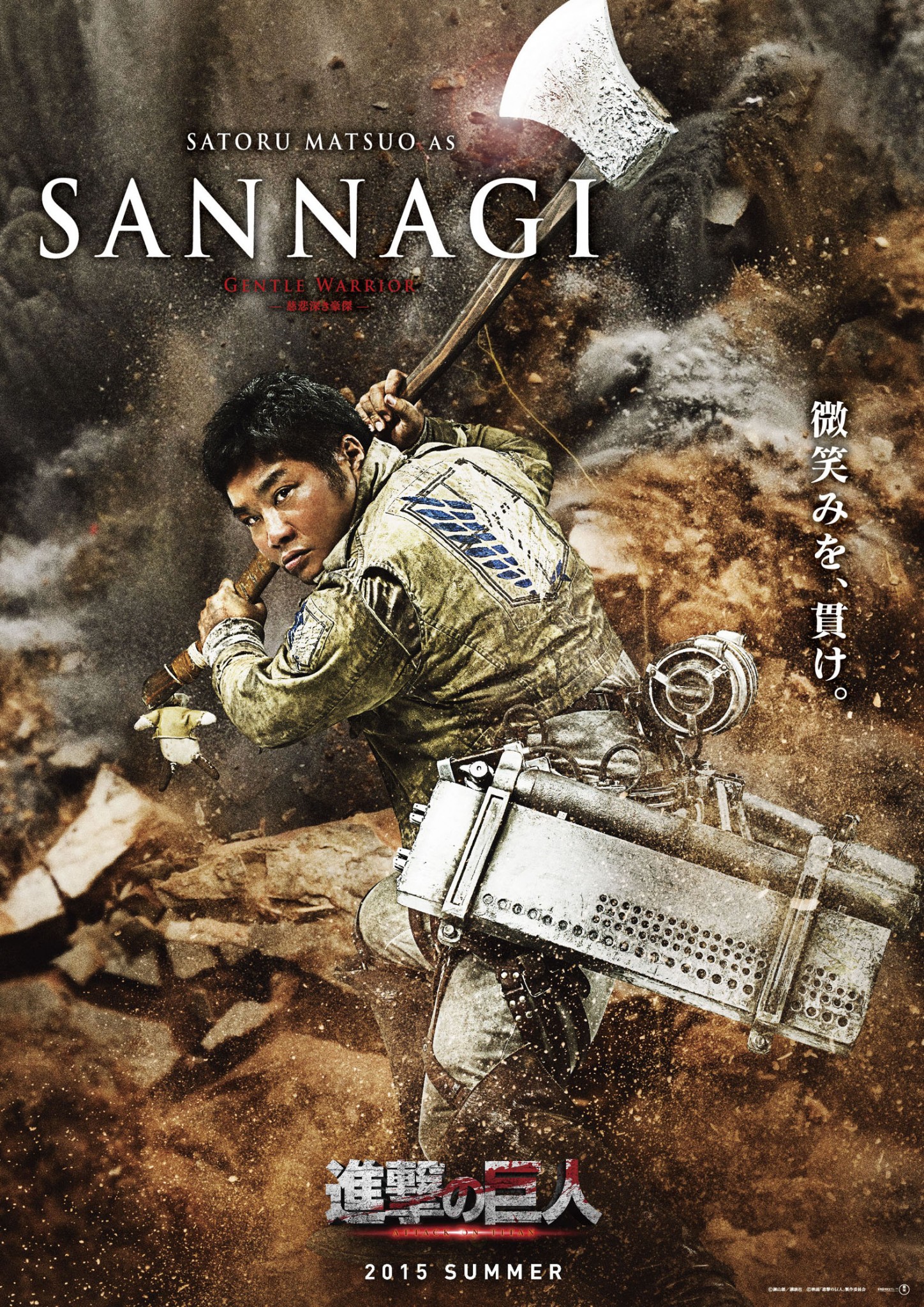 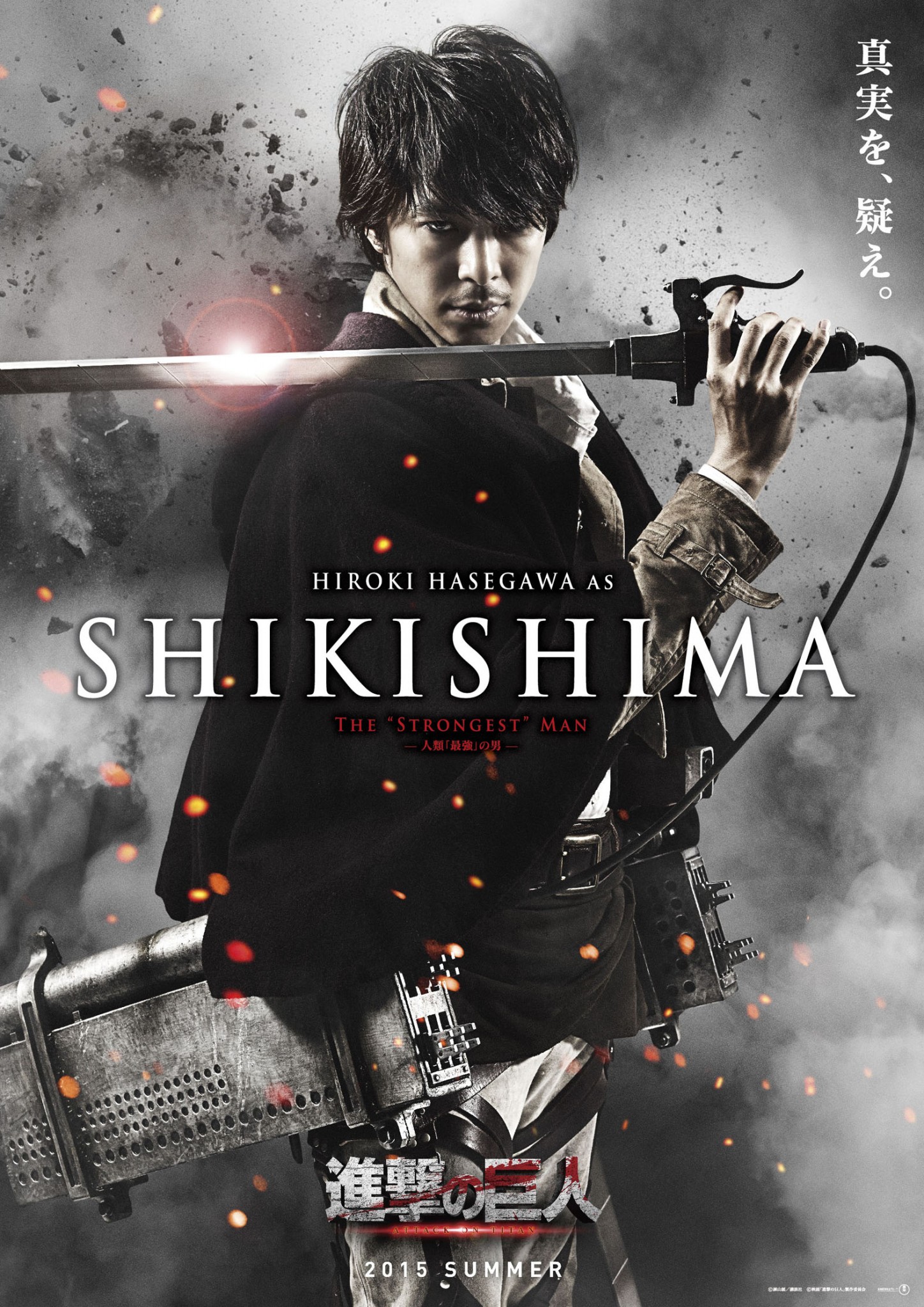 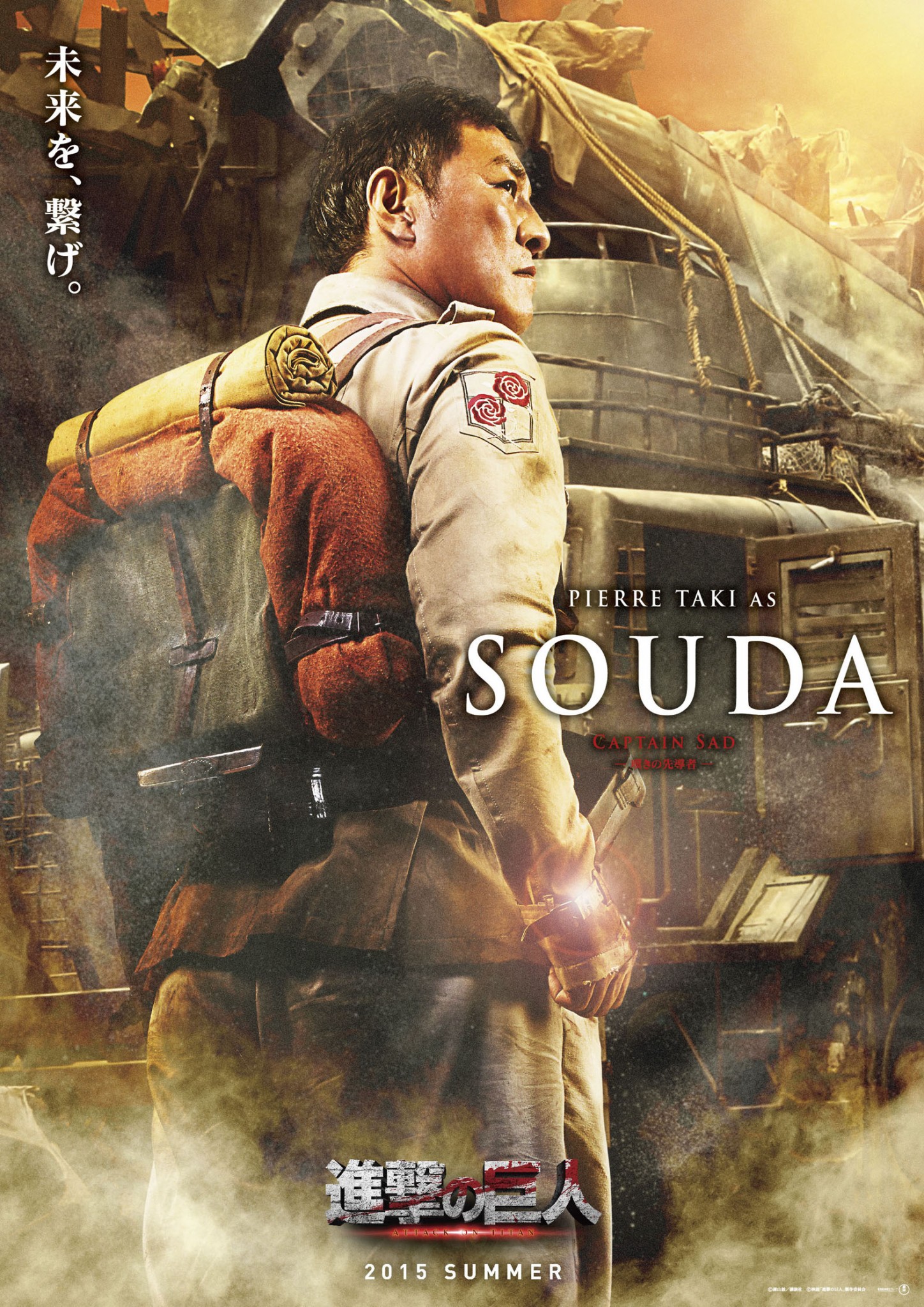 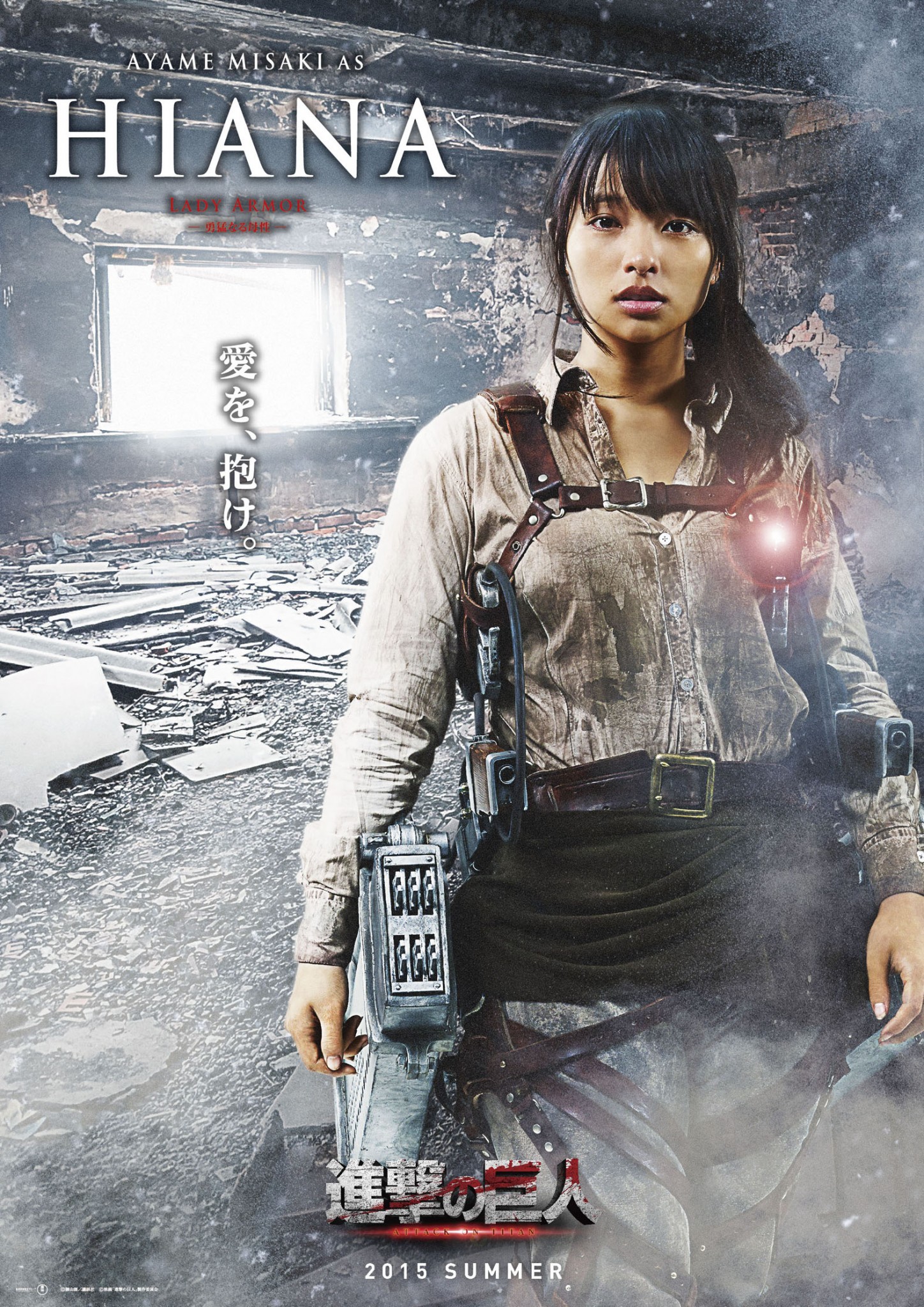 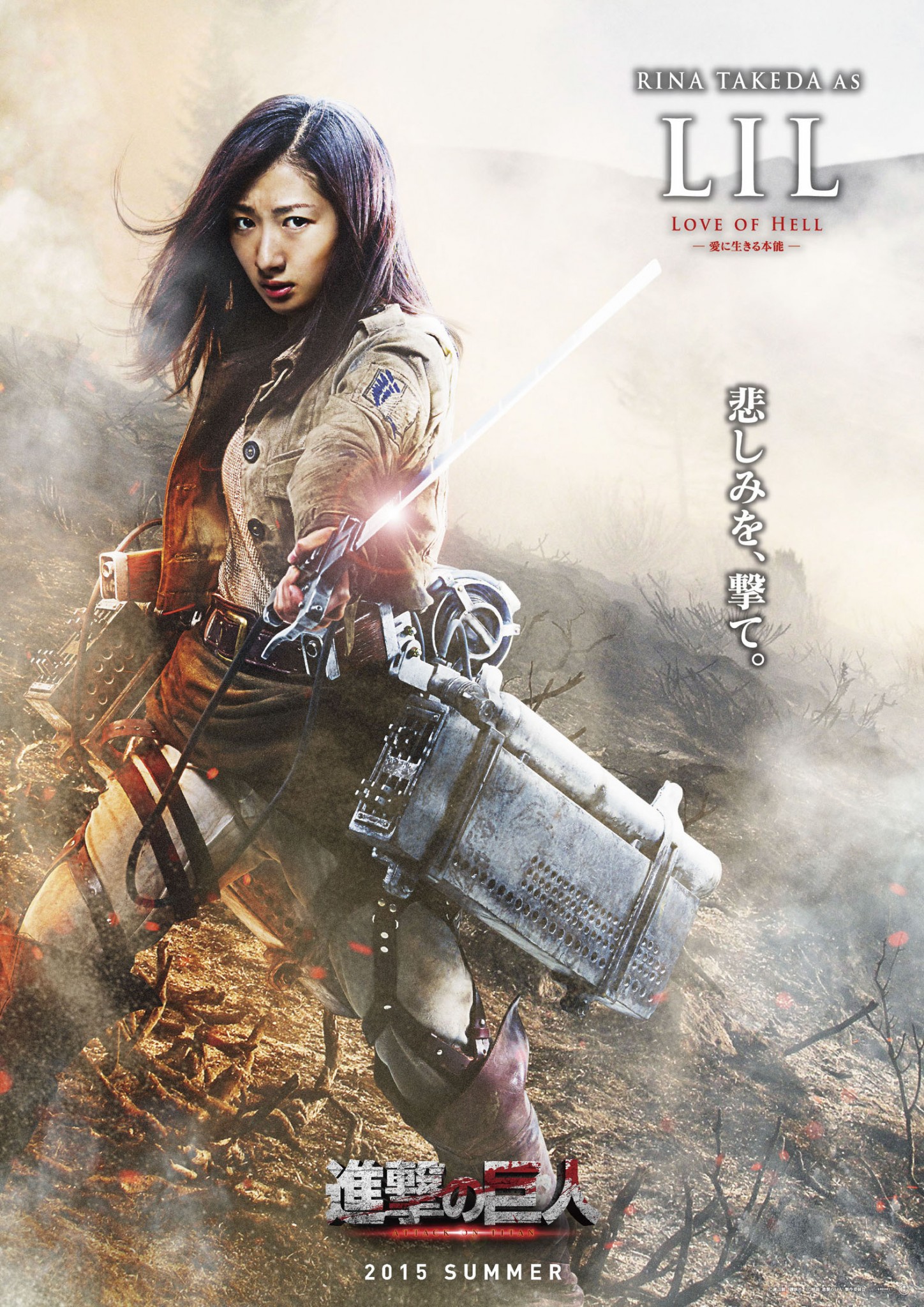 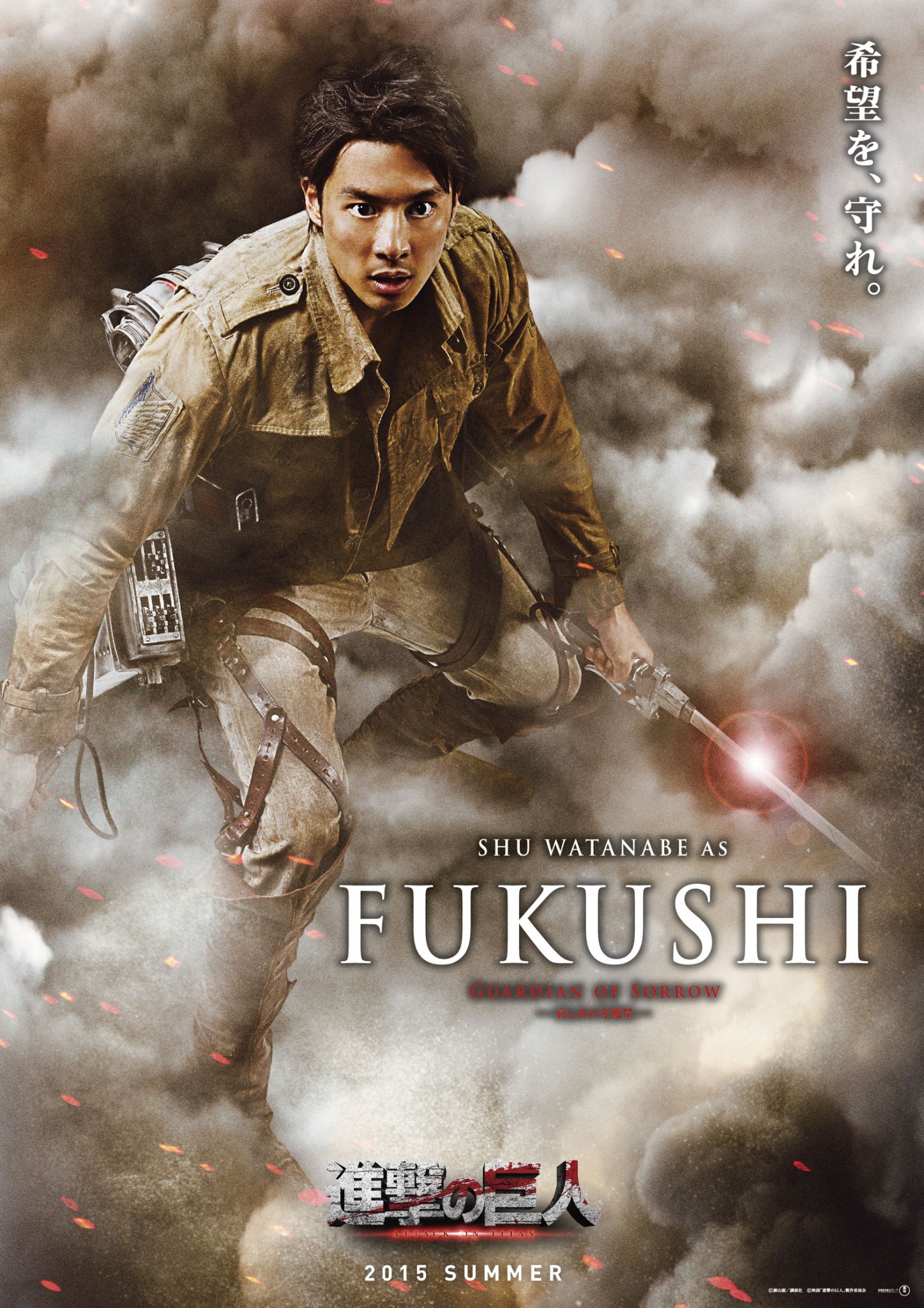