Destroy All Monsters: Shut Down Marvel's AGENTS OF S.H.I.E.L.D. 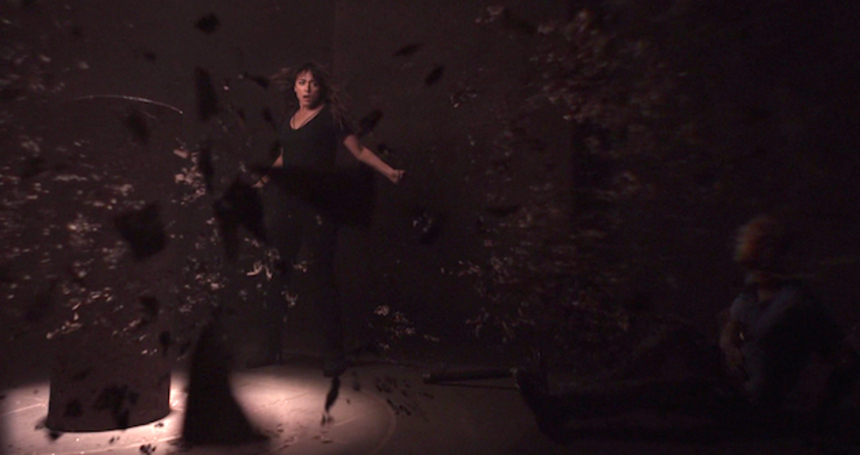 To a real extent, I love Marvel's Agents of S.H.I.E.L.D. I love all of the people involved, creatively. I love the cast (and I suspect my fondness, in particular, for Chloe Bennett's Agent Skye has carried my interest in the series farther than many peoples').

Further, I recognize the serious structural challenges that a series like S.H.I.E.L.D. faces on a weekly basis, in terms of carrying off worthwhile small-screen action on a small-screen budget while remaining beholden to the actual biggest of the big-screen mega-franchises. Given that enormous problem set, I think the producers of Agents of S.H.I.E.L.D. have carried off their mission with something like genuine aplomb. And I like an underdog.

And yet: it is seriously time for the series to go away.

I think we can reasonably say that the Agents of S.H.I.E.L.D. that returned from hiatus last week is, all in all, about as good as we can expect the show to be. The characters have diversified nicely from the whitebread sameyness of the pilot episode.

Fitz has brain damage, Raina's a blowfish or something, Skye has turned into an Inhuman and the best character on the show is the towering black mechanic who behaves not even slightly like such characters - or men, generally - are normally meant to behave on a genre show like this.

Further, the mythology of the show has advanced to the point where the series can, episode by episode, tell a sub-mission of a larger overall campaign, and thus avoid the used-up "monster of the week" model that didn't just go out of fashion with The X-Files, but arguably did so about halfway through that series' original run.

All of which has landed us in a place where the series is actively exploring the concept of the Inhumans, which is said to be the Marvel Cinematic Universe's stopgap solution for having lost the right to the concept of mutancy to 20th Century Fox along with the rights to The X-Men. Really, this back half of S.H.I.E.L.D.'s second season should be right in the sweet spot of what the series can achieve in terms of extending, expanding, and extrapolating the murkier mythology of the larger MCU.

And with that said, what we see week to week on Marvel's Agent of S.H.I.E.L.D. therefore handily demonstrates how little potential the series premise had in the first place.

We all know it: S.H.I.E.L.D. episodes are fine. Sometimes - very rarely - they're more than fine, but they almost always require outside-the-show bolstering from their cinematic big brothers to do so.

(The best episodes so far? The Winter Soldier tie-in; the recent setup for the Inhumans movie; and the one last season where Sif showed up.)

But as I sat down to sink back into S.H.I.E.L.D. after eight wonderful weeks of Agent Carter, it suddenly occurred to me that "fine" is a pretty shoddy state of affairs for a Marvel product in a year when The Winter Soldier, Guardians of the Galaxy and the aforementioned Agent Carter happened.

Agent Carter was terrific. It was actively terrific, querying and questioning pretty much every nook and cranny of Marvel concept television that S.H.I.E.L.D. had, till then, stalwartly failed to glance at.

Carter was the anti-S.H.I.E.L.D.: it was highly visual where S.H.I.E.L.D. is the cinematic equivalent of mid-'80s Airwolf episodes; it was flamboyantly canon-friendly without feeling like an obligatory fan-wank; and it had a couple of lead characters who were so inherently watchable, and likeable, that I pretty much didn't care if they were out ranging around Russia on a mission, or sitting in a drawing room having tea.

And most important of all, Agent Carter had an end. Whether the mini-series will return for another round next year is beside the point; Agent Carter - like next month's Daredevil and all the other Defenders mini-series thereafter - came safely pre-packaged with a beginning, middle, and end, and made maximum use of that narrative density to tell a single, compelling story, broken into eight discrete narrative chunks.

S.H.I.E.L.D. has none of these advantages. It is a relic of a dead age of television development, when series were expected to fill 22 (back in my day, kids, it was 26, or even 30!) hours of commercial-selling time with minimal narrative movement week by week, so that viewers can, theoretically, tune in and enjoy without worrying about having missed last week's show on the DVR.

There's plenty of such television still in existence, so I'm not picking on S.H.I.E.L.D. particularly for those things. But here's the real problem:

S.H.I.E.L.D. is now, beyond question, the least interesting corner of the Marvel Cinematic Universe, which is otherwise a multi-stream multi-platform multiverse that is only becoming more interesting day by day. Spidey's back in the frame, an Avengers movie comes out in six weeks, the first female-lead franchise picture and the first black-lead franchise picture are both moving (slowly) towards us, and mini-series like Agent Carter (and, I sincerely hope, Daredevil) are demonstrating what boutique television orders can do for some of the comic book universe's fussier properties.

Next to all this, or even the day-glo pleasures of Guardians of the Galaxy, S.H.I.E.L.D. doesn't just underwhelm; it actively weakens the brand.

The thin storytelling on this season's Inhumans arc, for example, is genuinely diminishing my interest in the 2019 Inhumans movie, week by week. That's no longer simply a sin of bad storytelling - for something as wired up as the MCU, such weaknesses quickly become feats of bad marketing.

It's time for Marvel's Agents of S.H.I.E.L.D. to quietly gather its things and make an exit. There's enough gas left in the tank to get to the end of the second season, and absolutely no narrative interest driving the creation of a third. Get out while the getting's good, S.H.I.E.L.D. Your part of the Marvel tapestry, ironically, was much like Agent Coulson's original brief: an amusing enough thread running through the larger picture, but not much of a picture itself.

Do you feel this content is inappropriate or infringes upon your rights? Click here to report it, or see our DMCA policy.
Agents of SHIELDJed WhedonJoss WhedonMarvel Cinematic UniverseMarvel's Agents of S.H.I.E.L.D.Maurissa Tancharoen