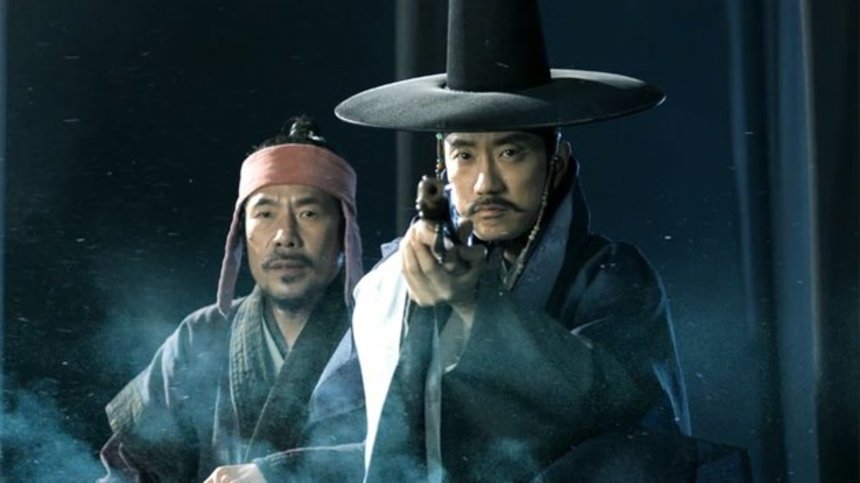 Business shot up 70% over last week, as 3.88 million holiday spectators flooded the theaters, however that figure was over a million lower than last year's Lunar New Year weekend. Granted it's not exactly as fair comparison as LNY itself fell on Friday in 2014 and fell just before the weekend this year. Against stiff competition from British films and foreign animation, local films barely maintained their market share with 50.2%.

Leading the market once again was period blockbuster sequel Detective K: Secret of the Lost Island as it rose 63% in its second frame. The film added 1.2 million viewers ($8.6 million) to an impressive running total of 3.14 million ($22.52 million), tracking about 15% ahead of its 2011 predecessor through the same point.

Kingsmen: The Secret Service remained in second after a 65% rise with 898,923 more viewers ($6.83 million). The British spy comedy has now recorded a stellar 2.34 million admissions ($17.54 million) and is currently on top of the reservations chart, meaning it should stick around for a while longer.

Up an enormous 278% was the blockbuster Ode to My Father, which crossed Avatar (2009) to become the second highest grossing Korean film of all time overall. The film brought in 449,756 viewers ($3.28 million) in its 10th weekend and now has 14.07 million overall ($98.66 million). While undeniably impressive, the film's sustained streak and its enormous rise feel do point to an unfair screen advantage as the CJ title has seen its theater and screening count rise significantly, even though newer films with higher per screen averages in the previous weekend saw their counts slashed this past week. CGV Cinemas were fined for monopolistic practices last year but the slap on the wrist does not appear to have had much an effect so far.

The domestic indsutry appears destined to lose its slight market advantage next week as Kingsmen and The Imitation Game currently lead reservations and local films take a backseat to incoming US titles such as Fifty Shades of Grey, Back to the Beginning and Nightcrawler.

Do you feel this content is inappropriate or infringes upon your rights? Click here to report it, or see our DMCA policy.
box officec'est si bondetective k: secret of the lost islandkingsmenkoreakorean filmlunar new yearode to my father국제시장쎄시봉조선명탐정