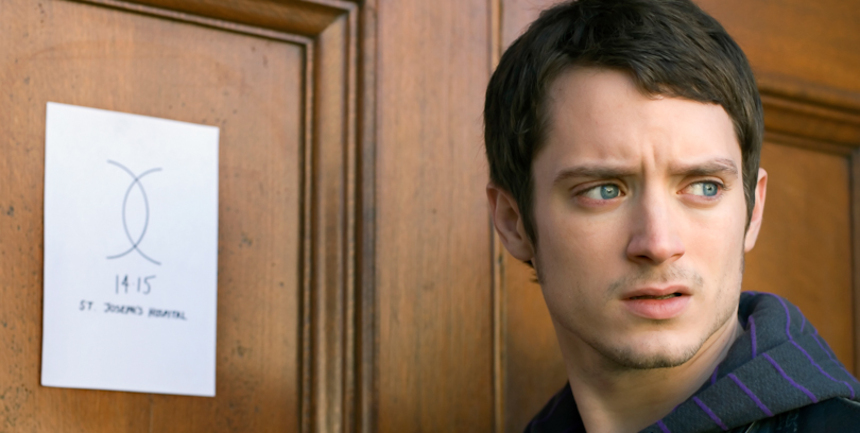 Hey, Toronto! ScreenAnarchy is proud to present Dancing With The Devil - an extensive retrospective of Spanish maverick Alex de la Iglesia unspooling at the TIFF Bell Lightbox. Things continue this week with a February 8th screening of his The Oxford Murders and we want to give you tickets!

De la Iglesia's second foray into English-language filmmaking stars Elijah Wood as Martin, an American student at Oxford who becomes involved in a string of mysterious murders that seem to involve his academic idol, legendary mathematician Arthur Seldom (John Hurt). When Martin discovers that the crimes seem to be planned according to mathematical sequences, he races to stop the killer's fatal, logical conclusion -- but as the sardonic Seldom insists, even mathematics cannot always give us the answers we seek. Adapted from the novel by Argentine mathematician and writer Guillermo Martínez, The Oxford Murders is de la Iglesia's most marked departure from his signature style: a classy, elegantly constructed thriller that opts to play things straight rather than indulging the director's taste for gruesome black comedy.

More about The Oxford Murders