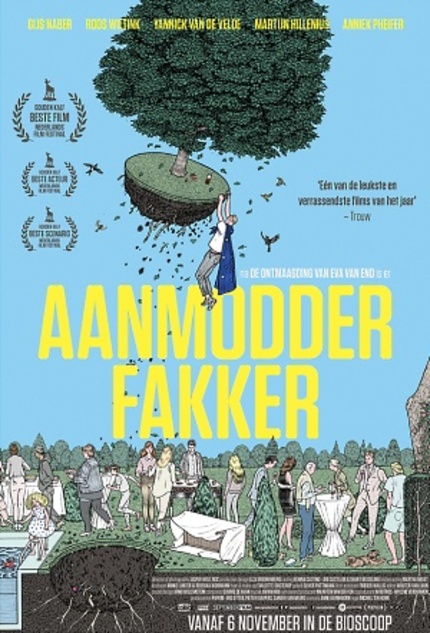 The latest project from the team behind The Deflowering Of Eva Van End, Michiel ten Horn's How To Avoid Everything (Aanmodderfakker) has swept a handful of Dutch film awards including Golden Calves for Best Film, Best Script and Best Actor and with an English subtitled trailer now available it's not hard at all to see why.

HOW TO AVOID EVERYTHING features the thirty-two-year-old waster and eternal student Thijs, who leads a slovenly, relaxed life full of beer, chicks and the occasional shift at a tedious media megastore. When Thijs visits his sister's house to do some washing, instead of his usual encounter with her semi-perfect family, he meets Lisa, the baby-sitter: a mature sixteen-year-old with exorbitant ambitions. Without intending to, Lisa has a profound effect on Thijs, unveiling a deeply ingrained dissatisfaction with his own passive behaviour.

The trailer here provides an intriguing mix of character and comedy, something that to these eyes feels like an odd hybrid of the Coen Brothers and Judd Apatow. Which is not something I ever would have gone looking for, honestly, but now that it's here in front of me looks pretty damn compelling. Check out the trailer below.

How To Avoid Everything - TRAILER from PUPKIN FILM on Vimeo.