Rotterdam 2015 Review: AS THE GODS WILL Leaves You Gasping For More

(Putting the Fear of God into someone was never taken as literally as here...)

Miike Takashi must, by now, be the most experienced director in the world in several genres, especially if those genres are vaguely defined as "gory and batshit crazy". Which, on paper, actually makes him a perfect fit for directing an adaptation of the manga "Kamisama no Iutoori", aka. As the Gods Will. That film is now being screened at the International Film Festival Rotterdam, and while it is nowhere near Miike's best, it is a very entertaining slice of "gory and batshit crazy" indeed.

The plot is weird but straightforward: in schools all over the world, classes are magically locked, and the high school students within are put through brutal selection rounds by a bunch of God-like monsters. All losers either explode or are eaten on the spot, and the few survivors of each school are gathered aboard huge flying ships for further trials and selections. 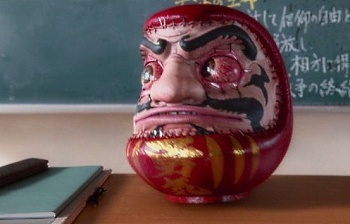 Among the survivors in Japan are Shun and his girlfriend Ichika. Can they stay (or keep each other) alive as the tests proceed? And who or what the hell is happening anyway?

With its young-kids-stuck-in-deadly-tests-against-each-other theme, As the Gods Will is very much playing around in Battle Royale or, if you wish, Hunger Games territory. It sets itself apart by being so gleefully, gloriously weird, and by doing so it actually leans more towards the Gantz films (and anime, and manga). The God-monsters all have funny voices and look like toys, with some even showing LCD-displays, buttons and dials. This is juxtaposed against the students' deaths, which are absolutely horrible: the kids are pulped, vaporized, torn in half... but the freaky nature of the villains makes it all seem like a comedy, and moments of poignancy are few and far between.

The tests are shown at a leisurely pace, making sure everyone learns the hard way what the rules and consequences are each time, of course with the occasional added twist to suddenly ratchet up the tension a bit. This makes for a two-hour-long film with plenty of exciting special effects-filled action scenes, but with frustratingly little plot.
You get to see a few of the competitions, some character introductions, and a huge cliffhanger for a follow-up film (which simply MUST be made, or I will be very disappointed). And that is basically it.

Those looking for social commentary or a satire about economic Darwinism will have to look elsewhere, or at least wait for the next film: in this one, Miike is clearly just out to entertain us with some thrilling, flashy, un-clean fun.

Audiences in Rotterdam awarded the film a 4.0 out of 5, which comfortably makes it pass a grade in crowd-pleasing. 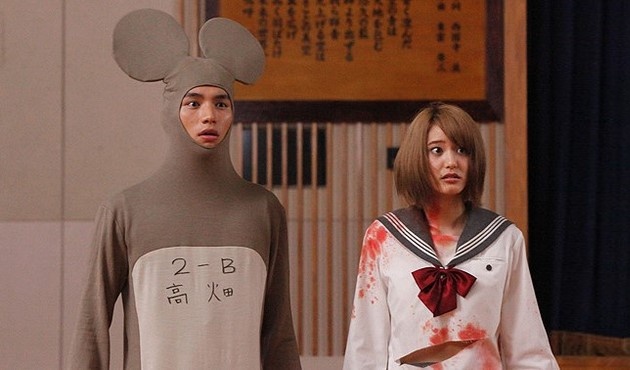 As the Gods Will