Now On Blu-ray: East Asia Brings The Weirdness With SUFFERING OF NINKO, AS THE GODS WILL, and BLEEDING STEEL 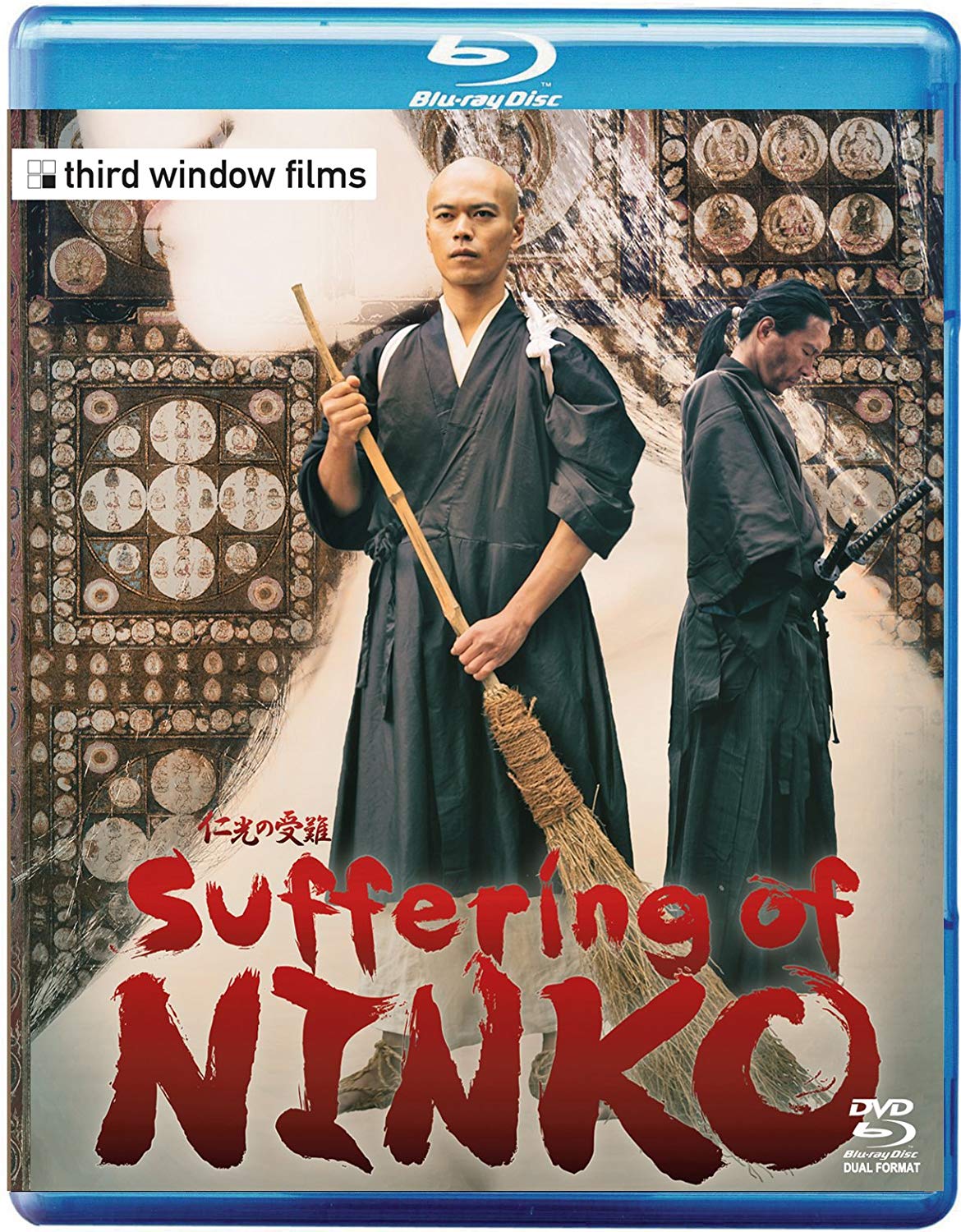 A young man yearns for the peace of mind and purpose of asceticism through Buddhist monkhood. Unfortunately for Ninko, he is inexplicably irresistible to women, making his attempt to leave behind Earthly desire and pleasure all but impossible. They harass him in the street, literally flinging themselves at him, heaving bosoms exposed when he appears. His popularity vexes him and breeds an uncharacteristic envy in his monk companions.

One day, upon venturing into the woods, he comes across a kind of female sexual demon who seeks to overpower him with her own wanton desire. Ninko resists, but soon finds that his demon may be closer to destroying him than he thinks.

Director Niwatsukino Norihiro's directorial debut, Suffering of Ninko, is a unique exploration of the nature of desire, the challenge of fighting nature, and a downright bizarre tale of sex demons that captures the imagination quickly and, at 70 minutes, tells its story succinctly and effectively. It's a weird film filled with stylistic filigree and the occasional psychedelic interlude, but its otherwise relatively straight-forward in its narrative. Most importantly, it's a lot of fun, and the kind of bold and unusual filmmaking that will appeal to fans of Japanese exploitation as well as those more steeped in traditional period films. Definitely worth checking out.

Third Window Films Dual Format (Blu-ray/DVD) release is exceptional looking. It's a new film, so the digital-to-digital transfer is great and the original lossless stereo soundtrack is very effective. It's also worth noting that though the film got a US release, that disc is only DVD, and the film really benefits from this Blu-ray upgrade if you are Region B compatible.

The disc comes with two significant bonus features that are unique to this release. First up is a 45 minute interview with the director in which he discusses his influences, and impetus to make the film at length. Niwatsukino is an eloquent speaker whose insights add a lot to the audiences understanding of the film. Also included is his short film Strawberry Jam in which young love is expressed through the an obsession with the titular spread.

This is a great disc and Suffering of Ninko is a really interesting little film that is sure to make fans of anyone who gives it a chance. 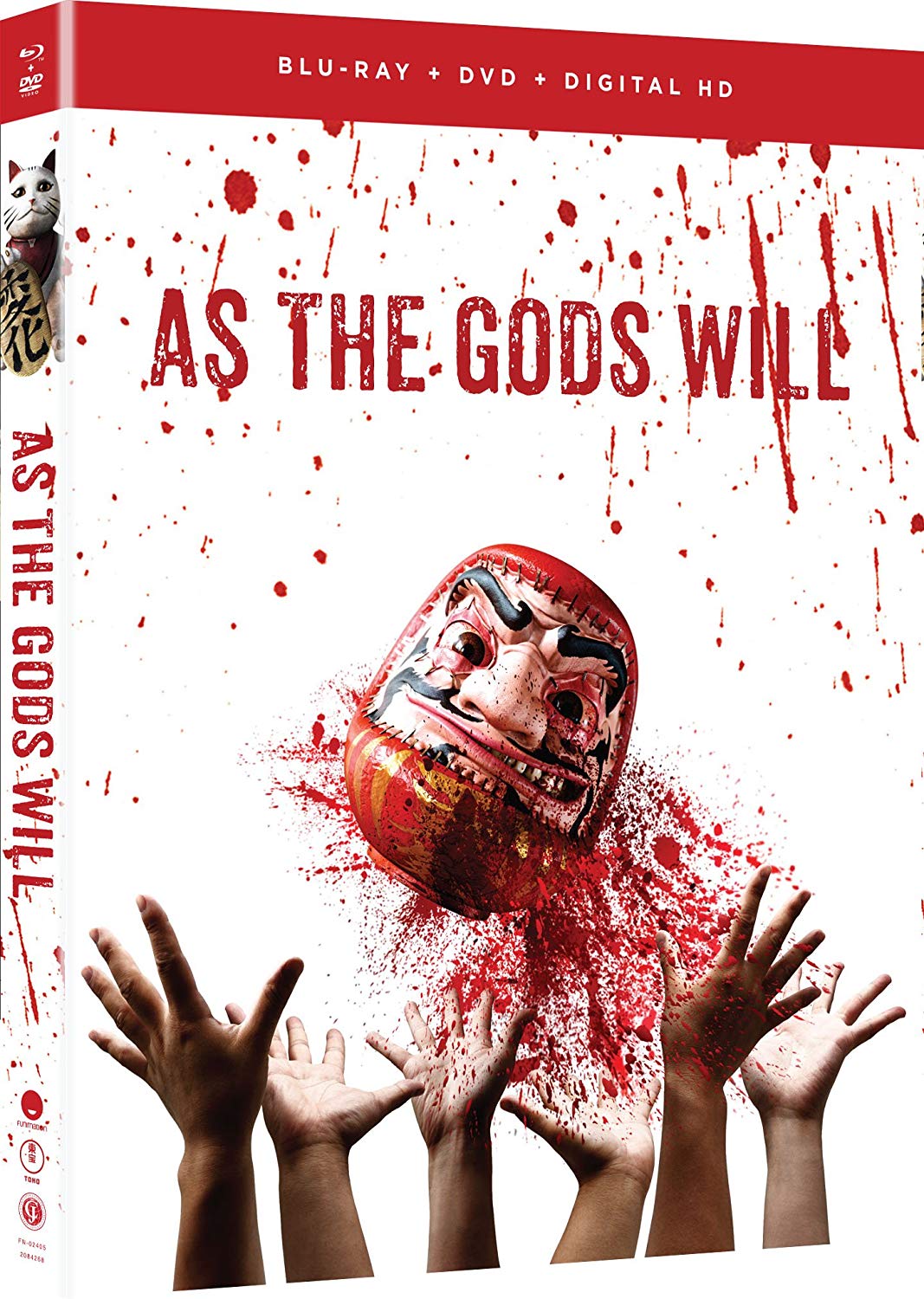 Miike Takashi is one of our favorite directors at Screen Anarchy. You kind find detailed reviews of his work going back to the very early days of the site over 14 years ago, so when a new work appears, we always jump on it. One of the latest films to hit US home video is his recent manga adaptation, As the Gods Will, a super gory, bizarro, FX laden teen survival adventure.

One day a traditional Japanese doll head called a Daruma appears in a high school classroom and appears to play a game with the students. These games are all traditional children's games, but the stakes are far more deadly than anyone ever expected. Heads explode, some children are eaten, others are smashed; before long there are only a few remaining and the only thing they have left to survive is each other.

Ard Vijn reviewed the film at the Rotterdam Film Festival in 2015 and had this to say:

[W]hile it is nowhere near Miike's best, it is a very entertaining slice of "gory and batshit crazy" indeed.

Those looking for social commentary or a satire about economic Darwinism will have to look elsewhere, or at least wait for the next film: in this one, Miike is clearly just out to entertain us with some thrilling, flashy, un-clean fun.

I tend to agree. There's nothing groundbreaking about As the Gods Will, but it is among Miike's better recent attempts at gonzo cinema. I liked it more than Yakuza Apocalypse and thought it certainly moved along better than Blade of the Immortal, but your mileage may vary.

As the Gods Will looks great on Blu-ray from FUNimation. Unfortunately for fans, the disc is bare bones apart from a few Japanese and US market trailers. I recommend the film, for sure, but most places I've seen have priced it a bit higher than I'd find appropriate for such a slim package. 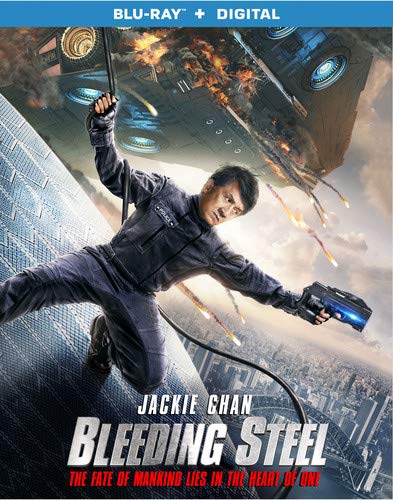 Jackie Chan has had a really weird career. He spent the '80s and '90s building up an impressive body of work and making himself into Asia's most bankable international star. However, his output in the last couple of decades has become increasingly spotty. There have been some really solid performances in very fun films like Little Big Soldier, the first two Rush Hour films, Shinjuku Incident, and even recently in The Foreigner. However, those are balanced out by a number of truly awful films, often Chinese funded, and sadly the high concept action flop Bleeding Steel fits the latter category.

A bizarre attempt at a techno thriller set in the near future, Bleeding Steel tells the story of a police inspector (Chan) chasing down a kind of cyborg villain intent upon taking over the world. The result is a goddamned mess of a mostly boring film with brief flashes of brilliance that are quickly extinguished by huge clouds of stupidity.

Honestly, I just watched this movie and I could barely tell you what it was about. There are a couple of cool fights, including on set atop the Sydney Opera House, and some occasionally interesting science-fiction action set pieces, but not nearly enough to hold my attention for the films interminable 110 minute run time. This is a real dog, in spite of the potential of the material and the exciting idea of Jackie Chan fighting some kind of alienish (?), roboty (?) thing, Bleeding Steel does not capitalize on its promise at all.

Bleeding Steel on Blu-ray from Lionsgate is adequate if all you want to do is watch the film. It looks and sounds fine. The studio has presented the film both in a full English dub and a track with English and Mandarin languages spoken. Both audio tracks are DTS-HD MA 5.1 and sound great. Apart from that the disc is completely bare bones, perhaps sparing us from the gory details of what went into crafting this steaming pile of excrement. Avoid.