Confession time: in the past, I never intended to even see this movie, considering it, as a friend eloquently noted, "too sick to be on my shelf". But then UK distributor Arrow gave it the ultra-celebrity treatment, and that got me interested in the set at least. In the end, I bought it because of a combination of people recommending it, and me wanting to be able to judge the film AFTER having seen it.

And because of those crazy bastards over at Arrow of course. Because this release contains a fantastic set of extras about the film and its subjects, including the soundtrack CD and a 100-page booklet. I mean, even if I'd end up hating the film (a fair chance because I sure hate its subject matter), how can I resist a 100-page booklet detailing why and how it was made?

So, while I fully recognize people's qualms with the film, and do spot the sensationalist shock angle, I cannot do anything but laud Arrow for the job they did here. Hell, I applaud them already just for running the financial risk of trying to get this passed, UNCUT, by the BBFC.

Here is a gallery detailing the packaging this title got. Click on the edge of the images to go to the next slide, or in the center to get a bigger version. And I don't really have to point out again that some of these images are most definitely 'Not Safe For Work', right? 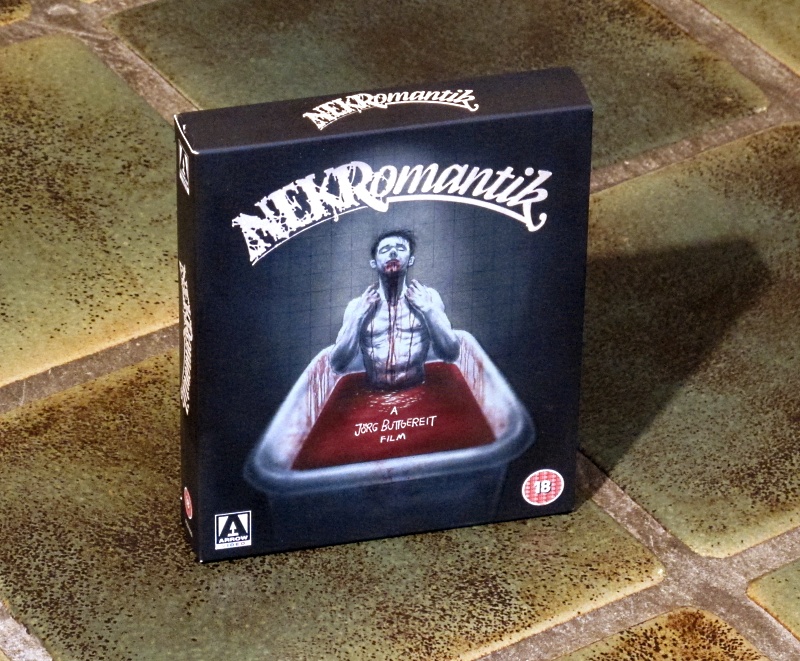 And here it is: a stylish soft-cardboard slipcase with artwork by artist Gilles Vranckx. 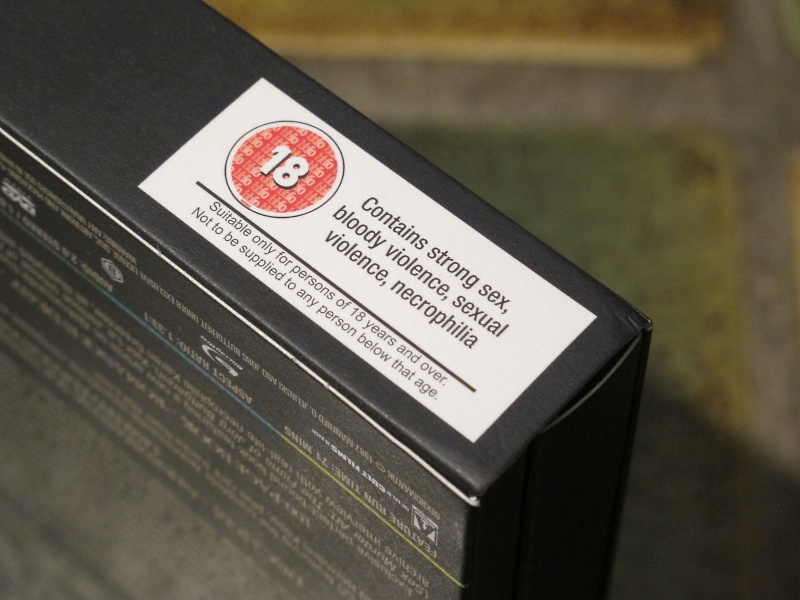 A look at its underside. Hot damn, this is the only time I've ever seen THIS in a BBFC rating... 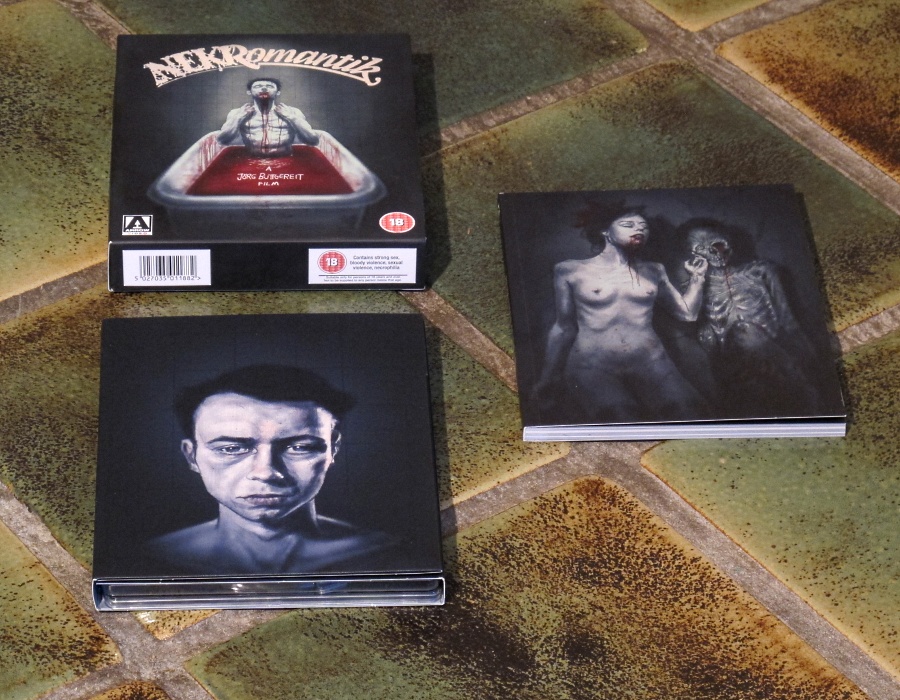 Inside the slipcase are a digipack and a booklet, both adorned with Gilles Vranckx artwork (dude got skills...). 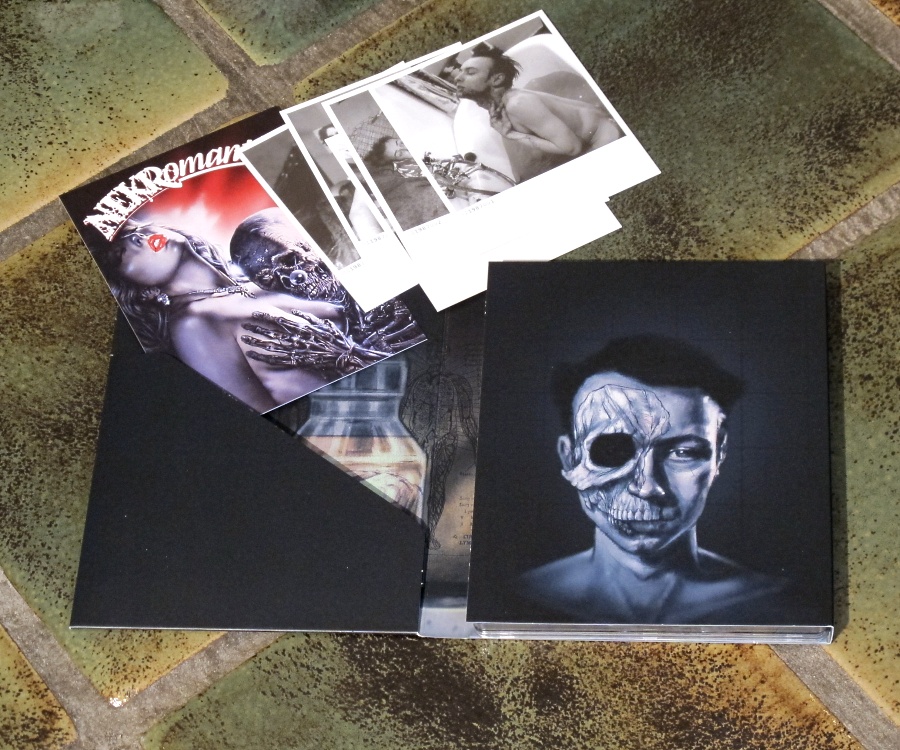 The digipack contains the Certificate of Authenticity (with one of the more infamous posters for the film on it) and a set of faked polaroid pictures. 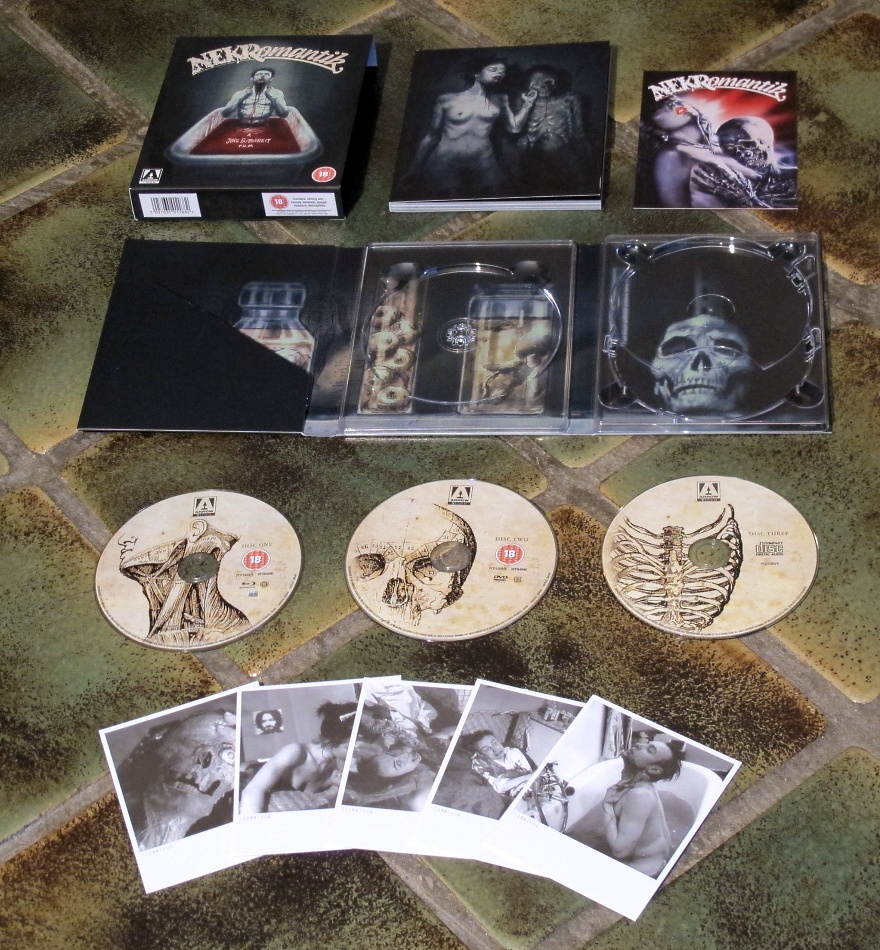 All contents opened up and revealed. The discs contain the film on Blu-ray and DVD, and the soundtrack CD. Note that the Blu-ray and DVD also contain several hard to find short works by director Jörg Buttgereit, like music videos, and the film itself in several versions (including one transfer struck from the only 35mm print in existence). Commentaries, features, and interviews and documentaries are also present. 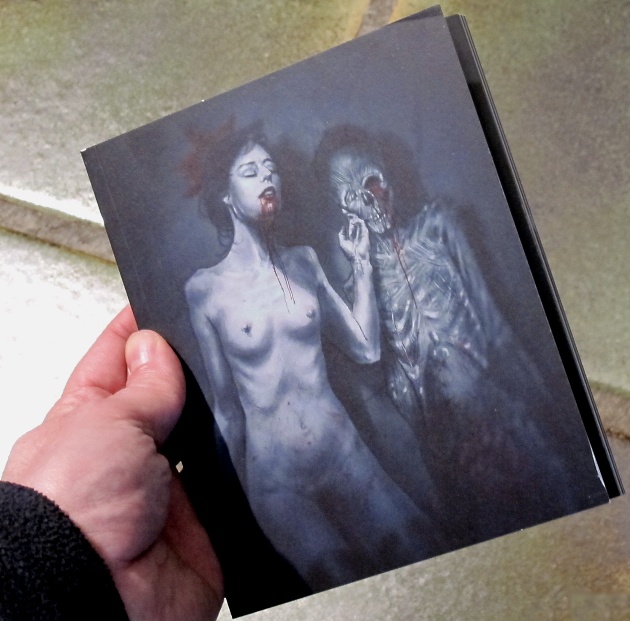 A closer look at the booklet. Well, booklet... at 100 pages it puts several books to shame. 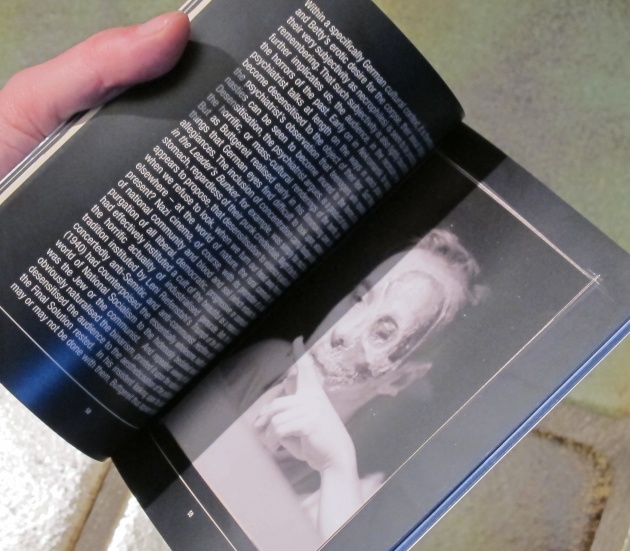 Inside are essays on the film, why it was made, how it was made, the impact it had, and a few items on necrophilia in general.
Make no mistake, this is a marvelous extra, on par with what you'd find in a Criterion or Masters-of-Cinema release. 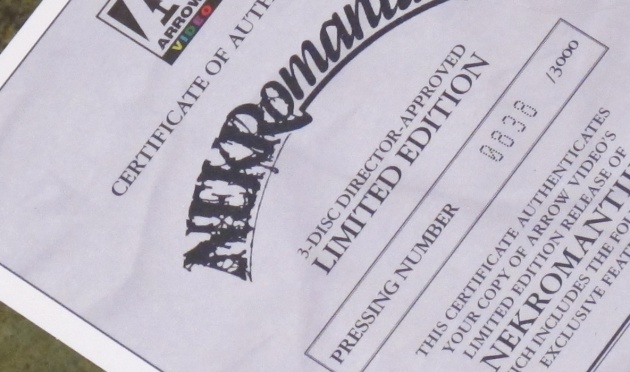 Finally, a closer look at the certificate: only 3,000 of these have been made. That's limited all-right...

All in all this is a damn thorough release for a film I'm still in two minds about. Well done, Arrow!