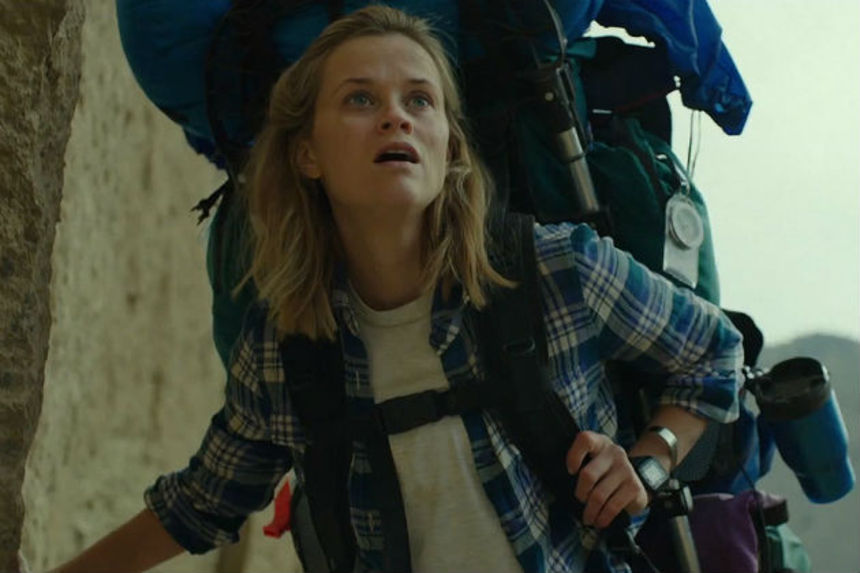 Taking on another true story after his hugely successful Dallas Buyer's Club, director Jean-Marc Vallée this time turns his lens to the story of Cheryl Strayed, a woman with a past who takes it upon herself to hike hundreds of miles on the Pacific Coast Trail.

Shooting from a screenplay adapted by Nick Hornby, the scribe behind films like High Fidelity and An Education, Vallée once again shows his prowess at maintaining a deep visual intimacy with his characters. Told through a series of flashbacks, the narrative rips Strayed's storyline apart like the pages of the books that she's culling after reading, saving weight along the journey. With each layer peeled off, each aspect of the journey is in some way illuminating of what Cheryl must let go of in order to continue moving forward.

With brilliant vistas and a committed, captivating performance by Reese Witherspoon, there's much to admire in this film. Cameos by the likes of Gabby Hoffman and W. Earl Brown are very welcome, and there's a strong, subtle performance by Laura Dern that's also notable.

The ingredients are all here for something quite special, but in the end the journey didn't quite live up to the premise. Yes, we've had a slew of these type of journeys to find oneself, some truly extraordinary in their inadvertency (127 Hours), and some tedious and melancholic (Into the Wild). While we feel for Cheryl along her journey, there's still the sense that she's doing this to herself; one can only be so sympathetic for her masochistic need to cleanse herself from what were understandable, if pretty abhorrent, behaviours.

The film unfortunately takes a pretty nasty turn to the silly when the more metaphysical elements are actualized, and there's certainly no real need for a spirit animal to become manifest just to nail the point of the film home.

Still, Witherspoon's raw performance is sure to please many, and it's fair to say this is her best role in years. Vallée once again proves himself an extremely talented filmmaker, managing to make the rolling landscapes interesting and distinguishable as the trail is traveled.

I'm not wild about Wild, but it's fair to say that it's a decent film, well shot and performed, with an interesting structure that provides emotional and narrative complexity.

Review originally published during the Toronto International Film Festival in September 2014. The film is now playing in select theatres in Canada and the U.S.