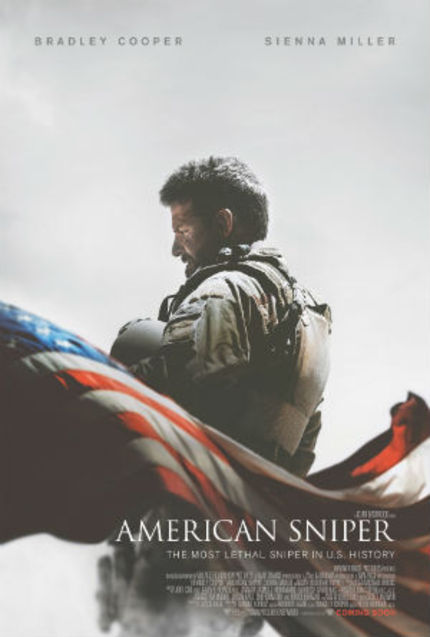 Director Clint Eastwood aims for stoic, heroic grandeur in American Sniper, an adaptation of a bestselling book about Chris Kyle, subtitled "The Autobiography of the Most Lethal Sniper in U.S. Military History." Eastwood's film, however, misses the target entirely for those who do not worship at the altar of blind, nationalistic sacrifice.

In Jason Hall's screenplay, young Kyle's personality is plainly defined by his father as a sheepdog, a protector of meek, sheep-like characters such as his younger brother from predatory wolves, otherwise known as bullies.

For reasons that are not explained or even hinted at in the film, Kyle (Bradley Cooper) sublimates his natural tendencies throughout his teens and twenties, giving priority to rodeo, drinking beer, and whupping men who sleep with his girlfriend. Things change when he meets Taya (Sienna Miller), a feisty, foul-mouthed, and utterly beguiling woman whose only purpose in life, apparently, is to meet the man of her dreams and raise his babies.

Taya, whose self-confidence has been shaken by her failed romantic relationships, reawakens Kyle's dormant, protective personality. Then the sight of a terrorist attack in the Middle East against the U.S. spurs him to join the military at the age of 30. As a Navy SEAL sniper, he ends up serving four tours of duty in Iraq, becoming a decorated military legend in the process.

Eastwood demonstrates an experienced hand in staging and assembling action sequences, as well as the more straightforward domestic scenes, working with longtime collaborators Tom Stern (director of photography) and Joel Cox and Gary Roach (film editors). The director's canon has been notable for its consistent quality from a visual and production standpoint; his films are sturdy and fluid, without calling undue attention to the people behind the camera.

That marks Eastwood's performances, too, and so defines his cinematic signature. His straightforward approach, however, does not always serve him well in his choice of material. The closer his conservative, restrained, unsentimental tendencies match the characters and the story, the better.

Given Bradley Cooper's conservative, restrained, unsentimental performance as Chris Kyle, American Sniper should have a leg up. But the lack of any political context and the near-total absence of any questioning of the U.S. military presence in Iraq weakens the positioning of Kyle as a legendary soldier for those who are not true believers. Further minimizing the impact is the absence of any strong supporting characters in Iraq.

Yes, Kyle's fellow soldiers are presented as courageous, disciplined, and self-sacrificing men, but they are reduced to faceless anonymity without any distinguishing traits. (I've seen the movie twice and I'd be hard pressed to tell one from another.) And far be it for this movie to suggest that any Iraqi citizens made a lasting impression on Kyle for their bravery under fire as their country was laid waste. 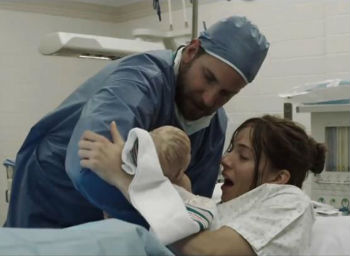 Back home, poor Taya is left to weep and wail and wonder where her husband went when he visits during the brief interludes between tours of duty. What could be a character study gets lost in the fracas of war, making one wonder if Kyle simply prefers the action bustle and sheep-protecting opportunities over the intimate relationships and relative tranquility of domestic life.

American Sniper makes a point that I thought was obvious: Killing more than 160 people as a military sniper -- possibly as many as 220 or more -- does not make the sniper a better husband or father to his family back home, no matter how many lives he may have saved. To do that, he must leave the war behind and make a conscious effort to reconnect with people, especially his loved ones.

To his credit, Kyle appeared to do that in real life. The movie version, however, fails to provide much more than a sketched-out display of deadly service, missing the bullseye entirely.

The film opens in limited theatrical release in the U.S. on Thursday, December 25, before expanding wide across the country on Friday, January 16, the same day that it opens in limited relase in Canada.