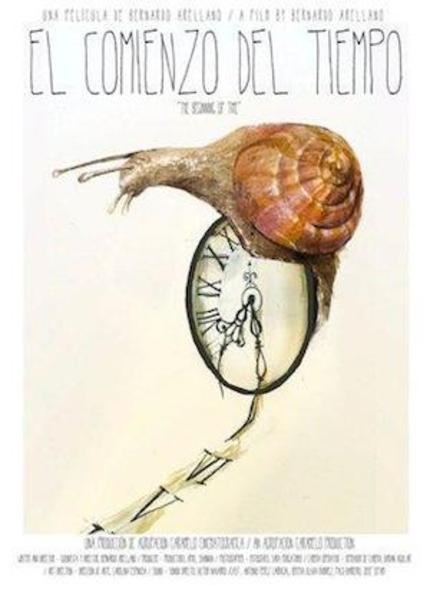 The famous Bette Davis quote "old age ain't no place for sissies" comes to mind when watching Bernardo Arellano's The Beginning of Time (El Comienzo del Tiempo), one of the Mexican titles in competition at this year's Morelia International Film Festival.

Arellano's film is a portrait of an elderly married couple that puts together both the natural problems of aging and those that are a consequence of having an ungrateful family and a controversial political decision.

The dramatic centerpiece of the film comes when - out of nowhere - the Mexican government cancels the retirement pensions of many old people, including our protagonist Antonio. Living alone with his wife Bertha, Antonio is about to face a really complicated stage in his life.

What will they do to keep on going? That's the question Antonio can't answer at the beginning, but eventually he and his wife will have to do anything, even if that means breaking the law or doing work a person of their age shouldn't be doing (i.e. selling tamales in the streets).

The Beginning of Time introduces a more straightforward fictional narrative once Antonio and Bertha's son returns to their lives after many years. The son has forgotten his parents but now he seems to be ready to help them out from their economic problems. However, who ends up having a closer relationship with the couple is the young grandson Paco (played by Here Comes the Devil's Francisco Barreiro).

Even with this big turn, the film is never interested in going for a big climax. Instead, it's always about minor interactions between the characters, with some scenes dedicated entirely to Antonio expressing his concerns to his friends, including an old barber who writes poetry inspired by only one woman. Other, minor moments add to the picture's main interest of showing all the difficult aspects of getting old. From the lack of pension to saying goodbye to old friends, The Beginning of Time is full of hard moments for its protagonists.

Its main flaws are that it gets too repetitive - with stuff like Antonio saying over and over again that the government took away his pension - and the acting. Sure, Arellano is trying to do a realistic approach - and the ambiguous, abrupt ending confirms this as the film doesn't answer anything - but the work of the non-professional actors that play the main couple is a mixed bag, as some moments don't feel as natural as others.

Do you feel this content is inappropriate or infringes upon your rights? Click here to report it, or see our DMCA policy.
El Comienzo del TiempoMexican CinemaMorelia 2014Morelia International Film FestivalThe Beginning of Time