Doyle, Asano And Khavn Collide In The RUINED HEART Trailer 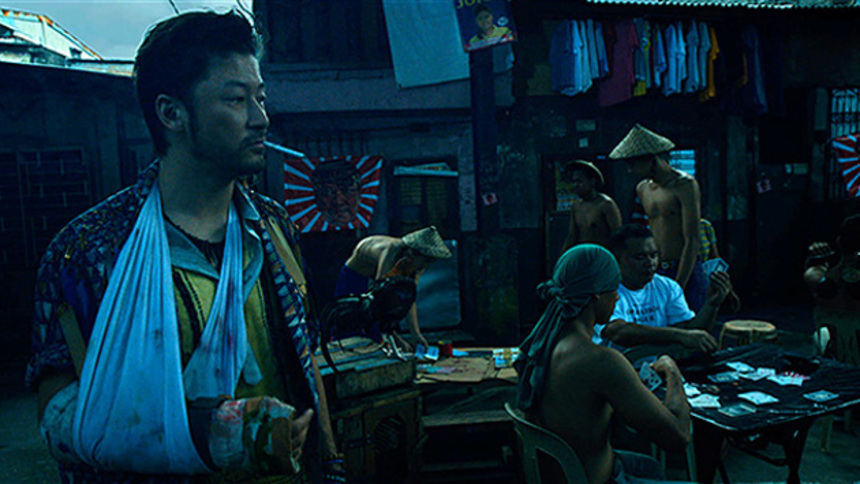 What happens when you take one of the most punk rock filmmakers on the planet in Khavn de la Cruz - a Filipino lofi maestro who elevates 'shambolic' to an art form - and put him together with acclaimed cinematographer Christopher Doyle and Japanese acting icon Asano Tadanobu? Ruined Heart happens is what.

A merciless hit man rescues a prostitute from a violent incident in a Philippine slum before the two take flight. Though Khavn, a standard-bearer of the digital age in the Philippines, has already established himself as a director of countless films, he is also an accomplished poet and musician. The bewildering visuals and punk-opera soundtrack expertly convey a world that extends far beyond the dialogue. As the story unfolds, a poetic sentiment wafts out of the chaos, signaling a collision of the director's many talents. According to Khavn, various events occur as part of a daydream or nightmare, and though we may not remember the particulars, the emotions remain. Inviting the masterful Australian cinematographer Christopher Doyle to help him realize his vision, Khavn captures the extreme yet sweet emotions of a hit man (played by Asano Tadanobu) and a prostitute (Mexican actress Nathalia Acevedoas) as they flee through the slums. The addition of a German producer marks the advent of a truly international Asian cinema.

About to have its world premiere at the Tokyo International Film Festival, the trailer for this one is freshly online and pretty compelling stuff. Take a look below.

Do you feel this content is inappropriate or infringes upon your rights? Click here to report it, or see our DMCA policy.
christopher doylekhavnruined hearttadanobu asanotrailer