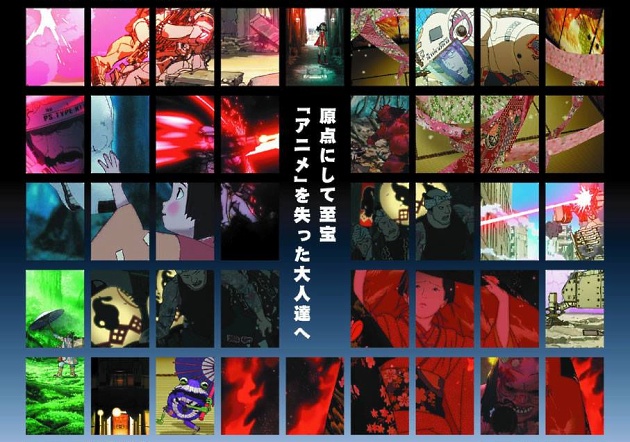 (Otomo Katsuhiro once again searches for beauty in violence and destruction, and this time he has brought some friends...)

Seeing anime on a big screen is always a special affair in the Netherlands, and there are only a few festivals able to purchase the more obscure titles. One of them is the Camera Japan festival in Rotterdam, and this year they showed the anthology Short Peace, produced and partly directed by Otomo Katsuhiro, him of Akira fame.

First, a confession: this review is, technically speaking, incomplete. I have only seen the movie part of Short Peace, which contains four short films, three of which are set in the past and one in the future. But the whole project actually includes a fifth current-day episode, playable as a console videogame. And that part, alas, I haven't experienced yet.

Ironically, the first thing I told friends after I watched the film, was that I wanted to play a videogame based on the last short. It's telling that the film contains enough spectacle and gorgeous designs to allow for such wishes, but the short running time of each segment unfortunately brings with it the general shallowness of videogaming, with none of the stories getting time to breathe. In fact, it is a wonder, and a testament to the technical prowess on display, that all parts manage to immerse as much as they do.

The thread tying all segments together is a tenuous one. Basically Otomo wrote down some simple rules for everyone to follow, and the subject had to be "Japan". Indeed, every short features at least a brief glimpse at mount Fuji, possibly the only bridging visual motive in the whole anthology. All segments show characters having to do battle, with either ghosts, a raging fire, alien demons or robots, but each is recognizably different from all others, in style and mood. Together they do not provide any sort of aligned narrative, moral or conclusion. The film as a whole lacks depth because of it, although it never sinks to the level of an empty tech demo either. What it does provide is a good overview of the talent and ability of the Japanese animation industry, if maybe not so much its storytelling capabilities. I recommend seeing it!

I will discuss the separate episodes below in four short reviews. Browse through the gallery to read them all: 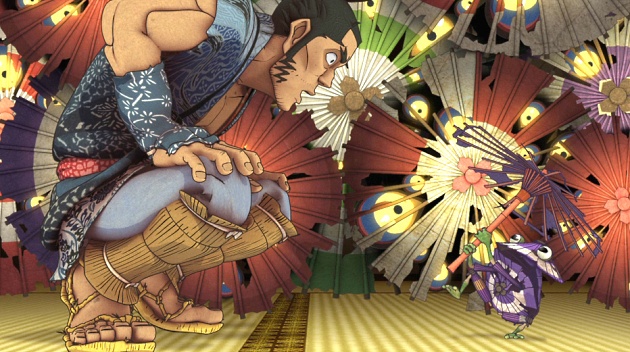 A weary traveler rests in an abandoned and decrepit little temple, and discovers during the night he is trapped by several Yokai, spirit creatures, some of which are angry. The traveler tries to appease them all, but the last one may be beyond help.

Director Morita Shuhei collaborated with Otomo on the series Freedom, and is famous for his 2004 short Kakurenbo. Both of those projects showed impressive merging of traditional anime and CGI, and Possessions has the same quality. Its setting and use of wild textures also reminded me of Nakamura Kenji's excellent series Mononoke, of which this could easily have been an episode.

A beautiful start for this anthology, Possessions immediately shocks and awes the audience, and was even nominated for the Oscar for best Animated Short. I plan on buying the Blu-ray of this film (which has actually been released already in the US), and this will probably become the most-often-re-watched-by-me segment on it. 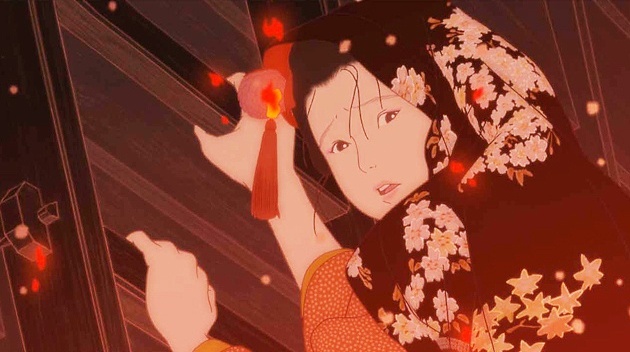 A girl and a boy live as neighbors in the medieval capital Edo. As they grow up, the boy leaves his home to become a fireman. When a fire is accidentally started on the eve of the girl's wedding, she may be briefly reunited with her friend again, but Edo is a city of paper and wood, and fires are extremely dangerous...

This segment is directed by Otomo Katsuhiro himself. For its first half, he employs a strange isometric style for showing (or rather NOT showing) perspective, reminiscent of old prints and maps. It's almost as if you're watching a medieval Japanese version of the first "The Sims" videogame.

But whenever the camera zooms in on a conversation, or later when literally all hell breaks loose, the high-end CGI approach kicks in. As the fire starts, Otomo does what he is most famous for: having built a house of cards, he shows it coming down in spectacular detail, and everything else is made secondary to that. It makes this segment pretty, but also pretty empty. 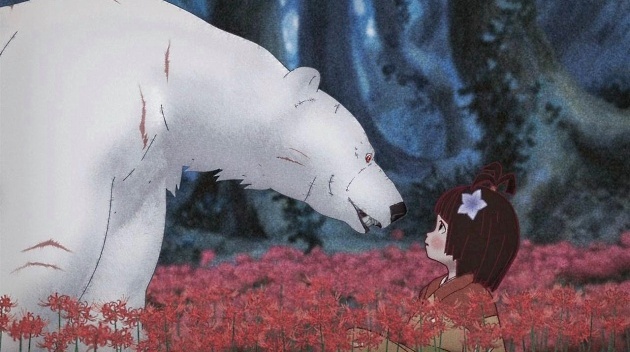 A group of mercenaries chase after a giant white bear, who they suspect to be a demon animal. But then a spaceship lands close to a nearby village, and a revolting devil emerges from it who abducts all the young women. The last remaining girl implores the white bear to help her, but will the mercenaries and the bear be strong enough to vanquish this foe?

Director Ando Hiroaki (not to be mixed up with Anno Hideaki of Evangelion fame, although half the audience did EXACTLY that) tells this segment as an unusual hybrid between traditional fairy-tales and hardcore science fiction.

Gambo is definitely the least suitable short for the squeamish. When the set-up ends with some disturbing evidence of the sexual motivations of its story's villain, the fighting starts. And ouch, does this short get hardcore violent, sickeningly so even. People and things get torn to pieces, or squeezed empty like tubes of toothpaste, all in glistening detail.

The animation on the monsters wrestling is fantastic, a marvel of technical ability, but the short as a whole wasn't much to my liking. 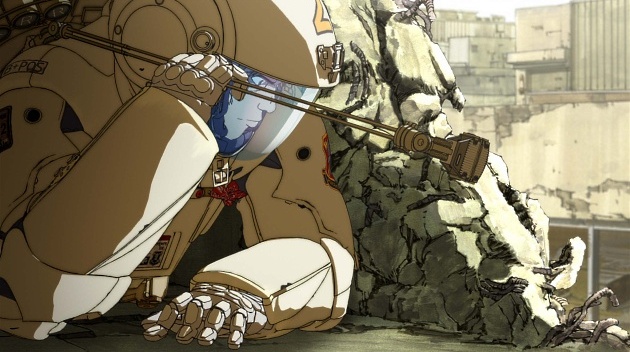 Segment four: A Farewell To Weapons

A band of mercenaries drive around in a future desert version of Japan, trying to salvage weapons from abandoned cities. During a mission to retrieve a nuclear warhead, they stumble upon an unmanned robot tank, who turns out to be a formidable opponent indeed.

Quite possibly the film's signature piece, and the one most obviously attributed to Otomo Katsuhiro, this one is a total jawdropper. Based on Otomo's manga, director Katoki Hajime presents Japan as a post-apocalyptic playground, a sandlot for grown boys to run around in with high-tech weaponry.

And what weaponry! Drones in all forms and sizes scout the immediate surroundings of the soldiers. Armored suits have powered exoskeletons, allowing for big jumps, high speed and gadgets galore. It all looks extremely detailed, thought out and just on the border of being plausible. Katoki Hajime is a renowned mecha-designer, whose credits include Oshii Mamoru's Patlabor 2 and many, many Gundam series.

Using his own tech savvy, Otomo's character style and copious CGI, director Katoki Hajime makes it all come together as one big pile of awesome. As light on story as the other segments, this one makes up for it with several unbelievably great, tense action sequences. Together with the first segment this already would score the film its "Recommended" status!