Busan 2014 Review: SUNRISE Plunges Us Into Noirish And Riveting Tale Of Child Abduction 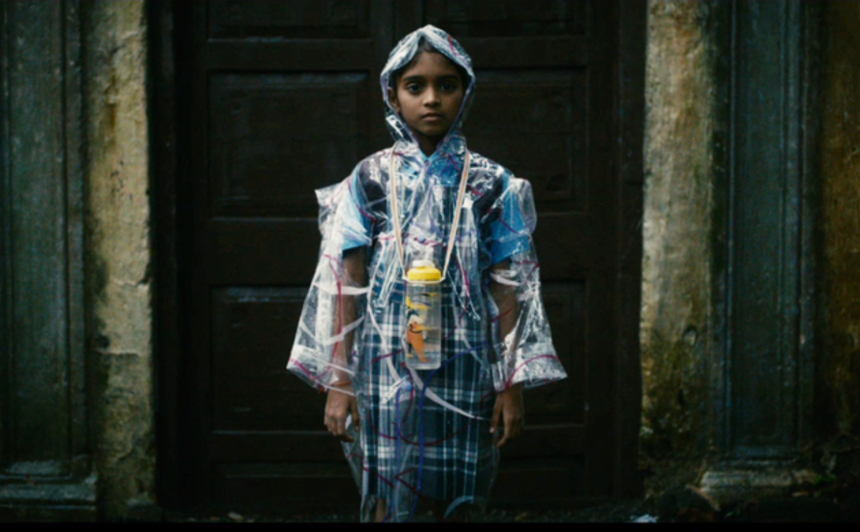 Indian cinema provides another jolt of electricity to the thriller genre with Sunrise, a tight, punchy neo-noir about child trafficking in Mumbai. Taking place at night, frequently under heavy rain and driven forward by a pulsating minimalist electro score, the sophomore feature of Partho Sen-Gupta comes fully stocked in the style department yet never loses sight of its narrative core, that of a detective haunted by the abduction of his daughter.

Aruna disappeared at the age of six and ten years later her father, Detective Joshi, is still looking for her, traumatised by the loss and forced to care for a wife who was driven to insanity by the abduction. One night he discovers Paradise, a dark bar filled with sweaty men and suspiciously young girls. At the same time, Naina, a local 8-year-old girl, goes missing. Joshi must race against the clock to find the young girl, who is being locked up in a dank room with other young girls in the red light district, before it's too late.

With its neon-drenched night time photography, seedy locals and throbbing soundtrack, Sunrise is immediately gripping, succinctly drawing us into a hazy mystery that is as much a gritty thriller as it is a psychological portrait of a damaged character. Mostly eschewing dialogue in favor of an atmospheric mise-en-scene, a tense soundtrack and a strong central performance, the film is smart enough to know that it can suggest through tone.

The sight of dead-eyed teenage girls performing without emotion in front of a crowd of depraved men is an effective one, particularly as it focuses mostly in close-up on the large eyes of Komal, one of the girls sharing a room with Naina. These eyes have witnessed many horrors and as her gaze fixes with ours, these become painfully evident.

Aesthetically, the film calls to mind Nicolas Winding-Refn's Only God Forgives, yet this is a far more accessible head trip into the dark reaches of society. Like that film, Sunrise focuses on evil and refuses to describe it in concrete terms. As it meanders, almost nightmarishly, between reality and dreams, Sen-Gupta creates a fear that is elemental, rather than drawn from the narrative events that take place on screen. Furthermore, the antagonist in the film is the shadow of a man that falls across rain-slicked streets and slides along walls. Joshi is chasing an entity rather than a real person.

Though the mystery of a girl's disappearance in the present kicks off the narrative and that girl's incarceration and preparation for prostitution are shown to us, it soon becomes clear that Sunrise is less an investigate thriller than it is figurative tale of a man confronting his deep-seated demons. His terror, which echoes the distressing state of gender politics in India, is wonderfully visualized through labyrinthine alleys, dark tunnels and all sorts of underground spaces, attics and other nooks and crannies.

Adil Hussain, who you may recognise as Pi's father in Life of Pi (2012), is the anchor of this involving tale. Sporting a nervous gait and pained expressions, while still commanding a great deal of authority, Hussain ably shows his chops for a difficult role that requires an actor able to represent a sea of inner anguish.

Featuring terrific photography by Jean-Marc Ferriere and a dread-inducing score by Eryck Abecassis, Sunrise is a breathless film noir that is burning with anger and bursting with style.

Do you feel this content is inappropriate or infringes upon your rights? Click here to report it, or see our DMCA policy.
biffbusan film festivalchild abductionindiamumbainew currentsPartho SEN-GUPTAsunriseअरुणोदय