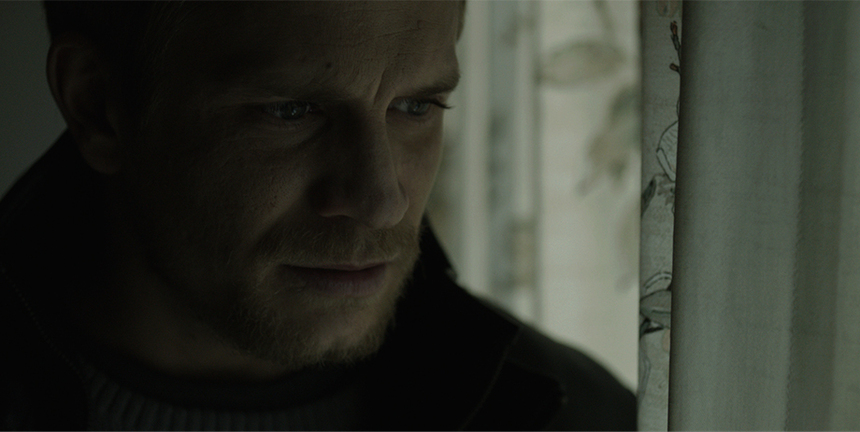 Belgian director Pieter Van Hees is a slippery one. He made his feature debut with The Left Bank, a dark supernaturally charged thriller before moving on to clever action-comedy Dirty Mind. The tonal shift between the films was dramatic - and impressive - and made all the more surprising by the fact that Van Hees insists the two films, as different as they are, are the first two parts of a thematic trilogy that he completes now with Waste Land.

An ultra dark crime thriller - think the recent wave of Nordic Noir, but grottier - Van Hees' latest is a selection of both Toronto and Fantastic Fest and while we missed the trailer when it first arrived a few days back we've spotted it now and can't let it pass by without sharing. Here's how Toronto pitches the film:

Hard-edged and hard-working homicide detective Leo Woeste (Jérémie Renier) spends his days confronting the grim criminal underworld of Brussels, and finds solace in his domestic life with partner Kathleen (Natali Broods) and her five-year-old son. While Leo is working to solve the brutal murder of a young Congolese-Belgian man, he and Kathleen discover that she's unexpectedly pregnant with their first child together. He vows to make this his final homicide case, and follows the trail deep into a bizarre subculture involving the mysterious trade of Congolese idols. When he finds himself drawn to the victim's sexy and enigmatic sister (Babetida Sadjo), Leo begins to slip away from the very family life he is trying to protect, and his fears about fatherhood and the nature of evil consume him. His animal instincts take hold, and he spirals into the abyss of his own darkness, haunted by the question of whether he'll be able to claw his way back.

Check out the trailer below and never, ever take parenting advice from this man.

Do you feel this content is inappropriate or infringes upon your rights? Click here to report it, or see our DMCA policy.
belgiumfantastic festjeremie renierthrillertoronto film festivaltrailerwaste land