Venice 2014 Review: Kim Ki-duk Off His Game With ONE ON ONE 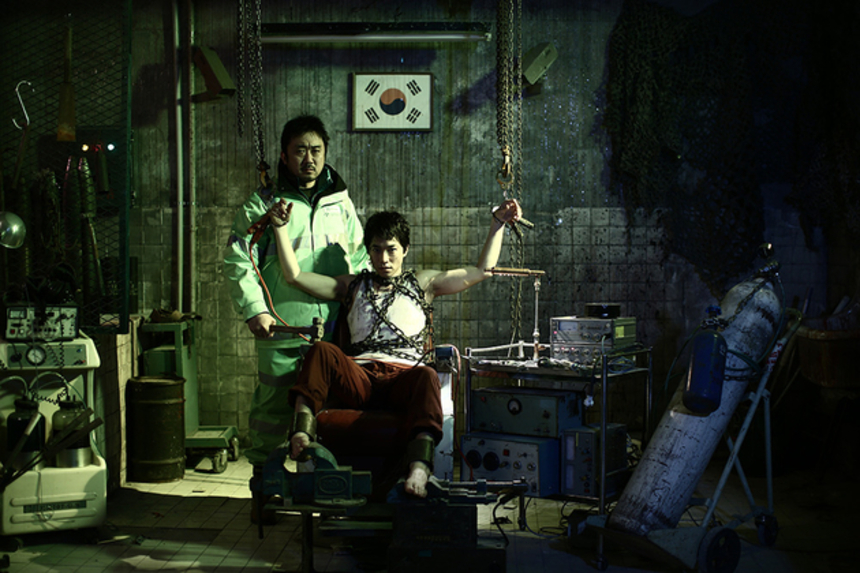 Enfant terrible Kim Ki-duk returns with his 20th feature One On One, opening the Venice Days sidebar this year with an uncharacteristically plot-and-character-heavy offering. With an overt social agenda and a familiar revenge narrative, the film appears to be primed for a larger audience than much of the divisive cineaste's work. But with a rushed production schedule and comparable lack of poetry (however gritty) and wit than his previous efforts, it proves to be one of the director's least satisfying outings.

A high school girl is abducted and murdered for unknown reasons. Following her death, a secret vigilante group known as the "Shadows" forms to avenge her by punishing the many people responsible for the attack. Men are beaten, gagged and brought to a secret location where they are tortured until they submit to signing confessions for their misdeed. As they work through the men, the group works its way to the top dog who gave the mysterious order.

Kim sets out his social agenda very clearly early on in the film. Following the violent kidnapping in the opening scene, the film switches to a young couple enjoying a fancy meal in a chic Seoul restaurant. The man basks in his success, extolling the value of doing everything that is asked for at work, regardless of personal ethics. At the same time he talks down to the wait staff (as well as his girlfriend), clearly thinking himself cut from finer cloth.

The social commentary, as it relates to contemporary South Korea, is apt but its inclusion is none-too-subtle, even for a filmmaker as direct and abrasive as Kim. The villains responsible for the opening salvo's brutal crime all spend their time dining in upscale eateries, explaining that determination and getting things done are the secrets to upward social mobility. All that matters to these men is success. But despite their nice cars and swift windfalls their due comes swiftly at the hands of the Shadows.

As with many of his previous works, One On One was shot in only two weeks, but with a longer running time, more characters and an array of smaller plotlines, Kim's off-the-cuff shooting style does this more narrative-driven offering no favors. With dark lighting, functional handheld photography and poorly rehearsed dialogue, the film seems to suffer from a lack of preparation. This also applies to the film's most saleable point, the multitude of torture scenes. Though variegated, these sequences feel rushed and boast little imagination. Given the auteur's proven ability to shock, from fish hooks in The Isle (2000) to all manner of inguinal horrors in Moebius, this may come as a disappointment to many.

One aspect of the film that does invite some interesting interpretation is the vigilante group's propensity for costume changes. Each time they kidnap someone they take on different roles, be they military, national security service or street cleaners, and following the brutal tortures all convene in a locker room, chit-chatting about their plans for the evening. These scenes play around with the fourth wall as they bring to mind a theater troupe's post-show disrobing, inviting us to see the violent acts as a form of performance art.

Though rehearsal times may have been on the short side, lead Don Lee (Korean name Ma Dong-seok) holds his own as the gruff, burly Shadows leader. Full of bluster, he's a solid presence on screen, though his performance is marred slightly by the peculiar inclusion of stilted English dialogue between Korean characters at a few points in the film. The rest of the cast mostly fades into the background, with characters that are at times hard to differentiate from each other and harder to care for.

Examining cronyism, hierarchy and the widening income chasm in Korea, One On One has plenty to say but it does so bluntly and without any real focus. Fewer characters and a narrower agenda might have helped, but after two strong features, perhaps Kim was due an off day.

Do you feel this content is inappropriate or infringes upon your rights? Click here to report it, or see our DMCA policy.
don leekim ki-dukkoreakorean filmma dong-seokone on onevenice film festival김기덕마동석일대일

More about One On One