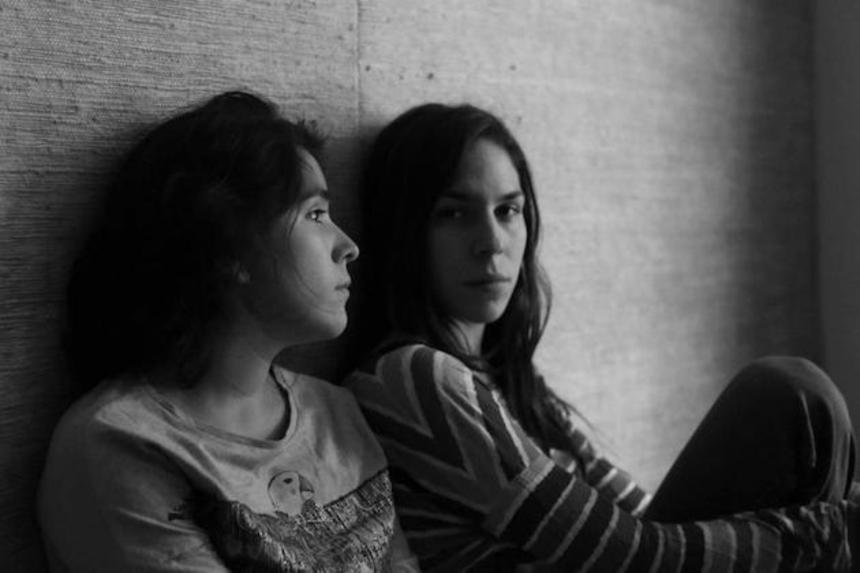 Inspired by a real life high-profile crime that happened in Monterrey, Mexico, Heights (Cumbres) is a film that in the wrong hands could have been a disaster, close to the sensationalist journalism that covered said case back in 2006. However, writer/director Gabriel Nuncio changed the facts and also approached the subject in a rather surprising - and very human - way.

I'm even hesitant to write about the so-called "killer of Cumbres" (Cumbres being the name of a neighborhood in Monterrey), because to this day there is still controversy and theories surrounding the case, and that's clearly what Nuncio wanted to stay away from. He didn't want to make a film about Diego Santoy, the young man who is in prison right now for hurting his ex-girlfriend and killing her two little brothers; nor about the whole lawsuit that followed and sold many newspapers and helped Mexican television channels to get great ratings.

In Heights, Nuncio forgets about Santoy, as if the notorious killer has had already too much attention. The character of Diego, as well as his little brother, is actually the victim of his ex-girlfriend Juliana (Ivanna Michel), though we never see any of the violence. The film does depict the press and there's a particular moment in which we see the cover of a newspaper that has the headline "the beast is loose", referring to the fugitive girl who attacked Diego.

In a way, Heights is a picture that says, well, maybe she is not a beast at all, even if her problems are unquestionable. This doesn't necessarily means that Nuncio is saying this about the real murderer (Santoy), in fact, he is trying to understand his very own characters, those that strictly belong to the film's world.

Nuncio's story focuses on the story of Juliana, but it's really about the relationship she has along the way with Miwi (Anglae Lingow), her younger sister. It definitely plays like a road movie, as the protagonists try to get from Monterrey to Queretaro by car; and even at some point the classic weird character joins them. But still that helps to develop the sisters' relationship, confirming where Miwi stands in relation to what her big sis just did.

At the beginning of the film, Miwi is not aware of the truth, but one could argue that both sisters doesn't really know each other anyway. Heights is a black and white piece that's based on subtle moments, and you realize that in the aftermath of the crime, these sisters are finally open up with each other, talking about simple things like Miwi's first boyfriend, for example.

When you have a scene like that one, with the girls just having a natural conversation, it's pretty safe to say Nuncio has created a minimalist character piece that's far away from all the noise. And if you don't expect a big climax (or anything flashy for that matter), there is some beauty - and an interesting/refreshing approach to a well-known story - to appreciate here.


Heights is now playing in cinemas in Mexico.