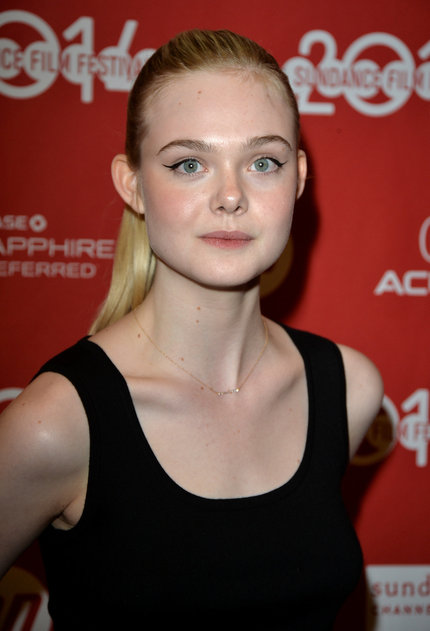 Nineteenth-century author Mary Shelley wrote her novel Frankenstein: or, The Modern Prometheus, when she was 19 (just let that sink in for a minute.)
The subject of countless adaptations and recreations, it is one of the two things for which she remains most famous, the other being her relationship with poet Percy Bysshe Shelley, whom she met and married around the same time. Their relationship was tumultuous, to say the least, and it will be the subject of a new film, A Storm in the Stars, with Elle Fanning in the lead role. Haifaa al-Mansour, director of the amazing film Wadjda, will helm the project.

Written by Emma Jensen and to be produced by Amy Baer under Gidden Media, the film will focus on the early years of the Shelleys' relationship and Mary's coming-of-age, at a time when she was far more educated than many women. That she wrote one of the earliest and still today most-read works of science fiction/horror, when gothic novels were still in their infancy, is no small feat to say the least, and still, there arguably has only been one film about her (Ken Russell's Gothic). It's about time there was another one. Fanning is certainly the right age, and in her past films, such as Somewhere and Maleficent, she is starting to show some serious talent. Al-Mansour, as Saudi Arabia's first female director, seems the perfect fit to tackle this project, obviously knowing first-hand the joys and difficulties of being a pioneer.

The project is current securing financing (surely, with this talent behind it, that shouldn't take long), and shooting is anticipated for 2015.
Tweet Post Submit