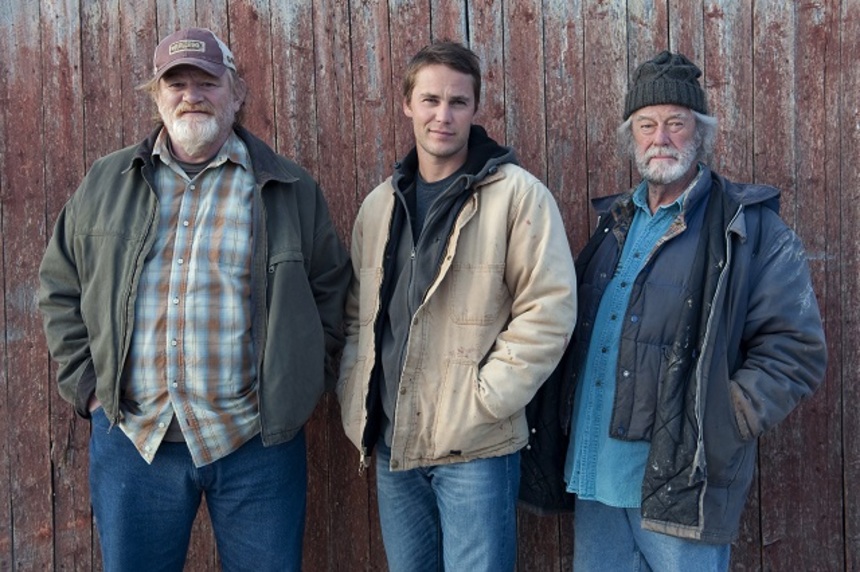 Based on its bold title, you would be forgiven for thinking The Grand Seduction, a new comedy starring stalwart actor Brendan Gleeson, is an epic and complex drama comedy. It is in fact quite the opposite; a simmering small-town affair, that leaves you with a smile and a small warmness in your heart.

Gleeson is Murray, a resident of the small populace of the harbor town Tickle Cove, Newfoundland. Here in one of the Canadian maritime provinces, humble lives are led but work is dry; every adult collects their stipend from the government, content but unhappy. Industry considers the town, and although the environmental and ethical impacts of a factory implementation are overlooked, one thing is clear; the town needs it. To secure jobs at the potential future factory, they first require a full-time doctor.

Through happenstance the cocksure cosmetic surgeon Dr. Lewis (Taylor Kitsch) makes his way to their town. From this point on the townsfolk hatch a clever plan to make him stay, adjusting everything they can in their own small way to give the good doctor the perception that he belongs there.

The devil is in the details in The Grand Seduction, for it is how the villagers act to entice the doctor and the small things that they do to manipulate his 'perfect' experience. From creating a local cricket sports team when they know nothing of the game, to ensuring his favorite Indian curry dish is available at the local restaurant. It is these kind, yet somewhat dark motives that drive the comedy in the film. The tone of charming and blackly comic is maintained in equal balance. One example of this is the fact that once he is settled in, the doctor's phone is monitored and every conversation recorded, but it is by two sweet old ladies. In a sense this and other examples subvert the genre and the results are politely odd.

Another out-of-towner Kathleen (Liane Balaban) is set-up as the Doctor's love interest, both by the film and the townsfolk. It is yet another example of the coy subversion the film aims for, as the results of this companionship plays out to amusing and unpredictable results.

Make no mistake, The Grand Seduction contains nothing grand. It is a light-hearted, weakly comic film that is mostly forgettable yet warmly charming. The characters, each with their own problems eventually come to a happy conclusion thanks to their involvement with the doctor, and Gleeson and Kitsch's chemistry is on point at an almost paternal level.

It is a feel-good film in every sense of the word, something definitely reserved for matinee level experiences and afternoon rainy days. Undemanding and good-natured, The Grand Seduction is feather-light easy viewing.
The DVD release itself is a no-frills affair. There are no extras and in particular no subtitles, which is quite frustrating and sadly common for Australian DVD releases lately. The DVD is of expected quality, and features a 2.1 audio track.

The Grand Seduction is out now on DVD in Australia.