Check Out This Sweet Poster For LOST SOUL - THE DOOMED JOURNEY OF RICHARD STANLEY¹S ISLAND OF DR. MOREAU 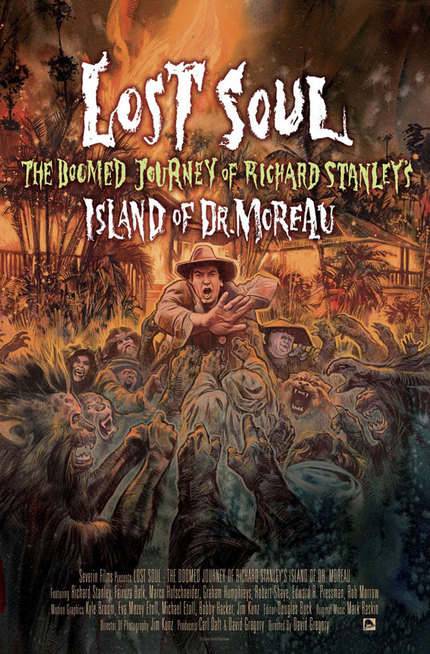 Check out this sweet poster for the upcoming documentary Lost Soul - The Doomed Journey Of Richard Stanley's Island Of Dr. Moreau! Designed by nasties artist Graham Humphreys. Humphreys popped up the other day when we share the posters he did for Canadian horror flick The Editor.

The filming of the ill-fated 1996 version of H. G. Welles' THE ISLAND OF DR. MOREAU is the stuff of legend. For the first time since he was unceremoniously escorted off his longtime dream project, Richard (HARDWARE) Stanley reveals in detail his spectacular original vision and how it was all ripped apart at the seams. Cast members including Fairuza Balk, Marco Hofschneider and Rob Morrow, executives and producers Robert Shaye, Edward R. Pressman and Tim Zinnemann, concept artist Graham Humphreys, members of the Stan Winston Makeup Effects team as well as a host of cast and crew members recall the stories first hand of colossal egos run amok, a production way out of control, and how the original filmmaker was banished from the set but wouldn't let go. Directed by David Gregory (PLAGUE TOWN, THEATRE BIZARRE, GODFATHERS OF MONDO, THE JOE SPINELL STORY), this is the sensational story of what could have been a science fiction masterpiece which became a huge creative and financial disaster; the story of the outsider artist versus Hollywood machine.

The film will have its World Premiere this Sunday, August 24th at London Frightfest. Festival goers at The Oldenburg Film Festival in Germany and Festival De L'Etrange in Paris will be able to see it after. Future North American dates will be announced through Severin Films' Facebook page. Get a load of the poster in higher res below. 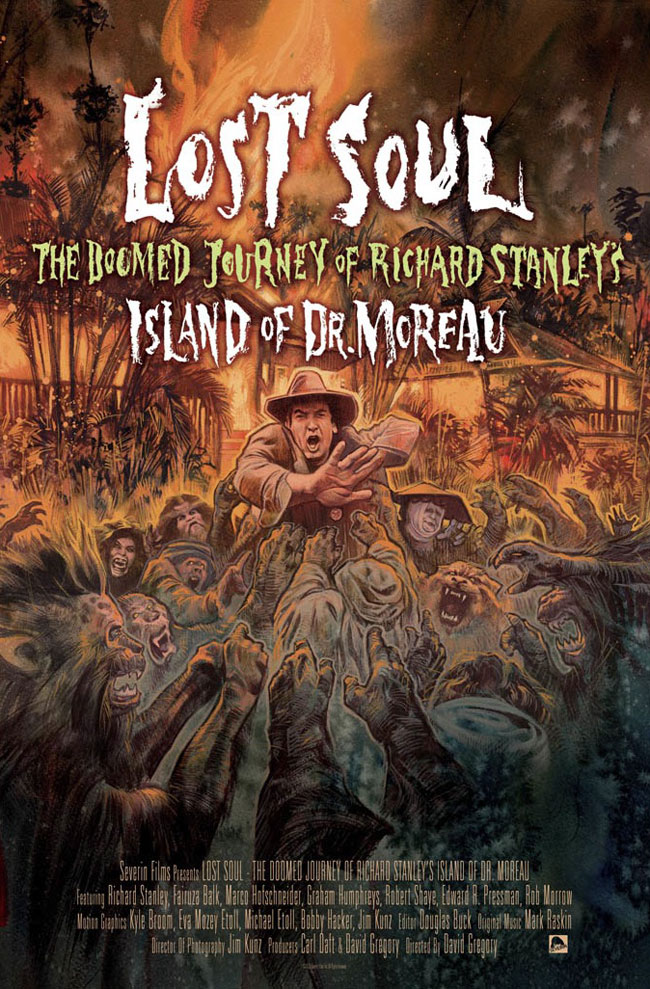 Do you feel this content is inappropriate or infringes upon your rights? Click here to report it, or see our DMCA policy.
Island of Dr. MoreauLost SoulRichard Stanley

So much of this failed production has been detailed by Stanley himself ( http://www.everythingisunderco... ) that it'll be interesting to see and hear from other individuals involved. Been a long time coming. Would've been a coup to have Kilmer own up to shenanigans. It's a shame that other than self-financed docs and some shorts Richard Stanley hasn't been given a chance to shine.