LA Film Fans! Win Tix to THE GUEST at Sundance Next Fest 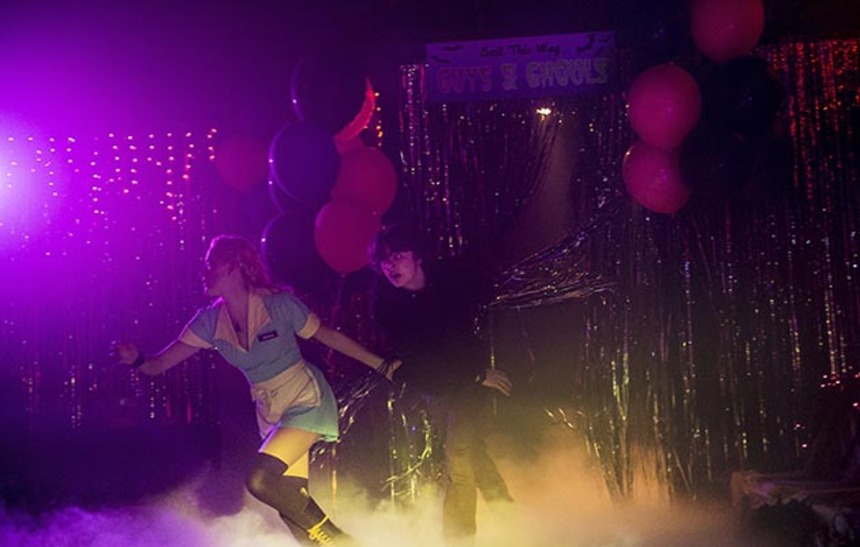 If you've been biding your time, waiting for a chance to see Adam Wingard's raucous You're Next follow-up The Guest ahead of its September 17 theatrical release from Picturehouse, then we've got some good news for you. ScreenAnarchy is giving away three pairs of tickets to Sundance Next Fest screening of the film Sunday, August 10th, at 4pm at The Theatre at Ace Hotel Los Angeles. If you're in LA and want to see the film one reviewer called "undeniable enjoyment," then shoot an email to contests@screenanarchy.com by 6pm Thursday, July 31 to be entered to win.

Here's the official synopsis followed by the teaser trailer for your viewing enjoyment.

A soldier (Dan Stevens) introduces himself to the Peterson family, claiming to be a friend of their son who died in action. After the young man is welcomed into their home, a series of accidental deaths seem to be connected to his presence.

Check this out for more on the very cool Sundance Next Fest 2014.

Do you feel this content is inappropriate or infringes upon your rights? Click here to report it, or see our DMCA policy.
Adam WingardContestsSimon BarrettSundance Next Fest