Watch An Exclusive Clip From Richie Mehta's I'LL FOLLOW YOU DOWN 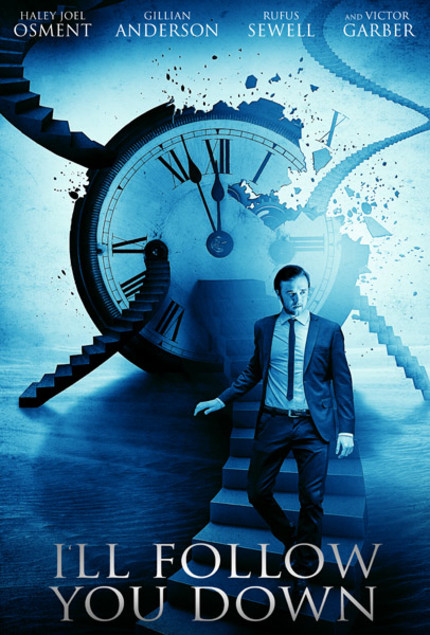 Opening tomorrow, June 6, in limited release is Richie Mehta's time travel drama/thriller, I'll Follow You Down. Mehta's brief CV is quite impressive, starting with Amal back in 2007, and moving on to last year's Siddharth (Todd Brown's top film of 2013). I'll Follow You Down premiered at last year's Fantasia Film Festival where our Kurt Halfyard hemmed and hawed about the film, praising Mehta's writing abilities but somewhat less effusive about his directorial abilities.

The good people at Well Go USA have, once again, served us up an exclusive clip to whet the appetite of viewers and readers eager for a new time travel story. Kurt places I'll Follow You Down's story alongside formidable company like Rian Johnson's Looper, and such immortals as Back to the Future and Donnie Darko. Does the film really falter as much as his review seems to think? You'll be able to find out for yourself tomorrow.

An accomplished physicist mysteriously disappears on a business trip. Abandoned, his wife and son struggle to cope. Years later, now a young scientist himself, Erol uncovers papers, formulas, a machine, and a mind-bending possibility. But time travel is impossible. Isn't it?

Erol's obsession to find his father and restore his family will throw him into the unknown and possibly threaten his life. What would you do to repair the past?

Do you feel this content is inappropriate or infringes upon your rights? Click here to report it, or see our DMCA policy.
Richie Mehtatime travelJohn Paul RuttanRufus SewellGillian AndersonKiara GlascoDramaMysterySci-Fi