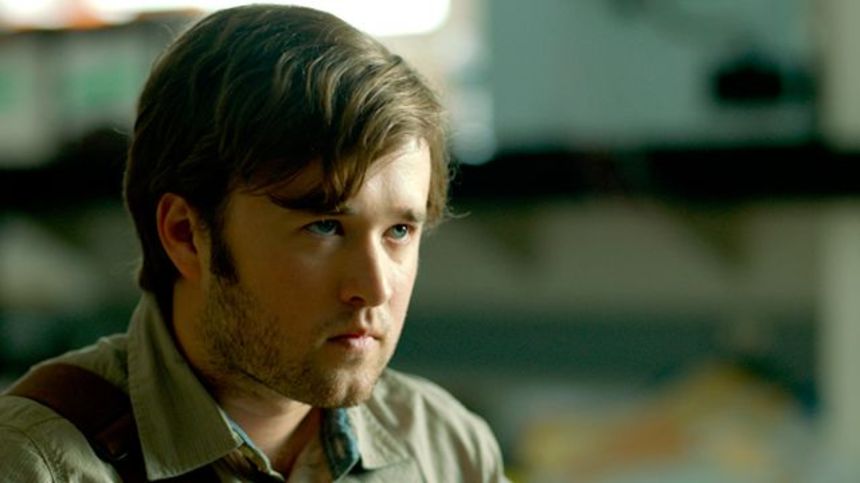 "When you alter gravity, you affect time." -- Albert Einstein

At what point will a good story trump a pedestrian production? Richie Mehta the writer is one helluva thing, but Richie Mehta the director, well, he gets the job done, but at times comes dangerously close to breaking what is one of the best time travel screenplays, well, since Looper, anyway. I'll Follow You Down is both literally and thematically a pregnant title for a time travel flick that shows the hubris of the father visited on the son and jeopardizes the happiness and emotional stability of not one, but two, possibly even three families. It dwells on tangent universes, fuzzy mathematics, and keeping the parents together with their children (their very existence), thus merging some of the best elements from Donnie Darko and Back To The Future, even if it remains resolutely focused on being existentially emotive drama.

I empathize with the production house that has to cut the trailer for this small Canadian Indie film, because anything beyond the first act counts as major spoilers. You cannot give anything away without unraveling the whole ball of quantum yarn. As with many time machine movies, things are so very entangled. Suffice it to say that ultimately the film delivers some great questions on how a man (or a woman) has a career that might change the work, but still be home for dinner and a good family life. It also dwells on what luck or tragedies make someone who they are, and the dangers of too much hope through technological meddling of such things. There are going to be consequences regardless of whether anyone remembers which universe is the 'right' one, and cause and effect is a sticky, dangerous game.

Still with me? Here is the trailer, the set-up proposition of the the film that seems to bumble along for a time before all the strands are spun into something: Gabriel (Rufus Sewell, graying a bit the temples, but back in Dark City mode!) plays chess with his young son, Erol, before going on a business trip; the game remains unfinished, pieces in play until he returns. Planting kisses upon his wife, Marika (Gillian Anderson), gently but passionately, at the airport gate, she reminds him to say "Hi" to her father, Sal (the always solid Victor Garber), who is providing some extra lab space for Gabriel's personal project in the physics department at Princeton. Markia promises him a nice family meal upon his return. But this never happens. And a family is left without a father, while the chess game remains unfinished. Marika and Sal investigate, but a decade passes.

The moment that Haley Joel Osment shows up on screen as the grown-up version of Erol is a jarring one. I remain unclear if it is the bad filmmaking grammar, because the direction here at the best of times is pedestrian-level television variety, or if the writer-director Richie Mehta intends it to be a jarring story beat.

The kid playing the young version looks nothing like the actor the world is familiar with from films like The Sixth Sense and A.I., and the older Erol is a reintroduction to Osment the man, now a thick twenty-something sporting a beard and a veritable shag carpet of body hair. Clearly, Osment still has solid enough acting chops, even as there is barely a shred of wide-eyed childish innocence in his face, now looking more like a lumberjack.

The movie is also uncomfortably wobbly for a moment because it looks like Marika is simply returning from investigating her husband's disappearance, not a time lapse of 12 years. Things were just getting going in one story, that of a disturbing disappearance and a procedural investigation, before we jump forward in time to an entirely different one. There is nothing of this kind of 'screw with your audience' editing in the rest of the film, and things move past that moment of confusion. But, like the film, I digress ... I'm glad to have Osment back.

Erol is a promising young physicist himself, a bit of a genius, really, and enough of one that his grandfather, now his professor, reveals that his father may have built a time machine and stepped into it. To get his father back, the two of them will have to re-invent Gabriel's work to go back and stop him. The Catch-22 of things is that Erol has a family and a promising career on the go, that is being stalled by his manically depressed mother, played by Gillian Anderson at her most melancholic and ineffectual; as far against type from The X-Files' Agent Scully as you are likely to see.

The stakes and lengths to which the screenwriting sets Erol's fate are nothing short of cruel, a surprising thing of such a mainstream and accessible film. The solution is, perhaps, even more cruel. Erol has harsh words with his absentee father, the man who left his son behind a few days ago from his perspective, but years for the son. First he shows him a chart of all the things he missed by being away. Then, he drops the real bomb, "You and I lost the same thing, but I had to feel those losses!" For a film that has the aim to put a happy family back together, there is no possible way to do so cleanly. This strange balance borders on blaise melodrama, but abounds in rich ideas about how pain and suffering can make the man.

Yet, however unlikely, in a rare ninth-inning comeback, I'll Follow You Down indeed packs an emotional wallop and, I daresay, a 'perfect' ending. This is a thing that, for those inclined to do so, engenders the type of long conversations that time travel paradoxes tend to have, only the focus is on emotional baggage rather than logistics. You don't need the weed, munchies and Pink Floyd for this conversation, just some life-experiences and an understanding that a life lived is made of some choices that are better than others, but they all are what they are and time movies forward.

Dwelling too much on what could have been, well, that is a wormhole with its own gloomy gravity and a slew of its own Sophie's Choices. Remember the chess game left hanging at the beginning, like an unresolved moment? Retracting previous moves or even not finishing the game should not be options in a sane, human, world.

As time travel morality tales go, Primer or Eternal Sunshine of the Spotless Mind this is certainly not, but both films offer the tantalizing dangers of too much 'tweaking' of past and present in a futile attempt to close a Pandora's Box; technology of this kind will never offer the desired clean slate. There are blackboard talks, an unfortunate crutch of this type of film (from Timecrimes to Mr. Nobody), but here it is more along the lines of visual shorthand, showing Erol and Sal working and thinking hard ... and they be smart folk.

If this bit of laziness isn't enough, there is one of the most obnoxious musical scores I've heard in ages to help you out with that. Andrew Lockington has done passable work on things like City of Ember and Argo, but here I wanted to punch the background music in the face. Hard.

I struggle with just how well the film ends, in comparison to the bumpy road on which we traveled to get there. Is changing future-history, a tangent universe if you will, the equivalent to a miscarried pregnancy? (Or worse, is it a form of temporal abortion?) The invention of time travel is to have far more reaching effects (Skynet notwithstanding) than the atomic bomb. One destroys worlds, the other, universes.

Like the also-flawed The Adjustment Bureau, while the film wants (and seems to deliver) a happy ending, if you dwell on what the movie actually is, well, it is not as happy as one might think. It might actually be a profoundly depressing one that sees the worst in humanity. In the Fantasia Programme notes, Mitch Davis suggest that this tale is a good old-fashioned Ray Bradbury story, but look a bit closer and an ambiguous, even paranoid melancholy emerges, something I get from the best of Philip K. Dick stories. For better or worse, if you make it to the end of I'll Follow You Down, you'll see that there are two meanings to the word gravity, and even the theory of relativity is, well, relative.

[Postscript: As if I've not dragged this particular conversation well past the pseudo-intellectual breaking point, I kind of pine for a remake of the conceit as a Python-esque Farce. As much as I like Richie Mehta's dramatic, but occasionally mundane, take on this particular story, I would pay big cash to see this other, more lively tonal DNA splicing of Back To the Future II and A Fish Called Wanda. Somebody get on that.]