Review: HELI, Important And Unforgettable, Yet Still Taking The Easy Way Out 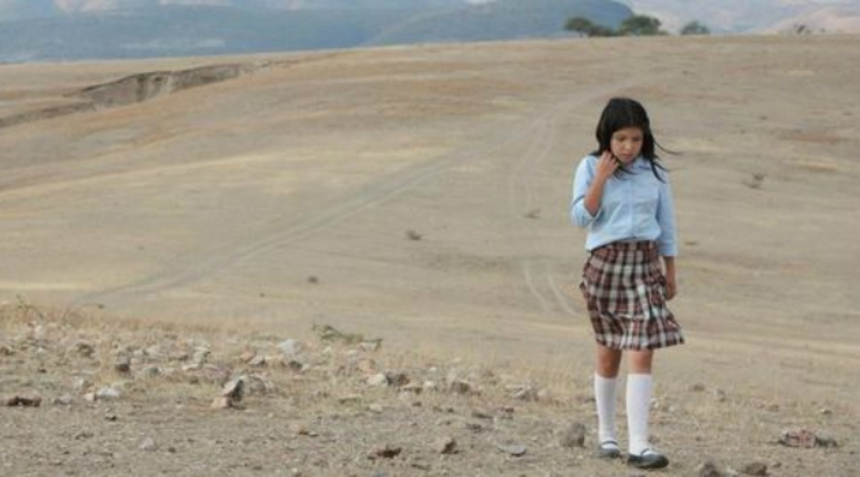 In Mexico there has been a lot of buzz surrounding Amat Escalante's third feature Heli.

Yes, Steven Spielberg loved it at Cannes and Danny Boyle praised it at the Guanajuato Film Festival, but there's a large group of Mexican critics who aren't quite impressed. I'm right in the middle, as Heli hits me as an important piece that looks at the Mexican drug trade, but it also delivers weak acting, dialog, and a lazy conclusion. It feels less focused than Escalante's previous effort, Los Bastardos, and yet I'm pretty sure some of its scenes will remain with me for a long time.

Heli is set in Guanajuato, Escalante's hometown, although that fact is never mentioned in the film. Hence we can say it's about any place in Mexico where the drug trafficking has condemned the population. Miss Bala, for example, was specifically about Baja California (northern Mexico), but the conditions shown in both films are basically the same, with the regular folks left alone in a state of crime and corruption.

Just like in Los Bastardos, Escalante uses a big social issue as the scenario for a much more intimate story. Here the protagonist, Heli (Armando Espitia), is a young man who works at a car factory and must provide, along with his father, for his wife, baby child and younger sister. Heli is a film of three acts, beginning with a love story between Heli's sister Estela (Andrea Vergara) and an older soon-to-be soldier (Armando Palacios), as well as a quick look at the military world. Both Vergara and Palacios are non-professional actors, and this results in some peculiar dating scenes to laugh with.

The film is very well constructed. Despite being predictable, the way it moves, from its personal story to the social context, is acceptable. If you have seen Los Bastardos, you know that the Spanish-born Mexican director can create truly shocking moments. Here Escalante manages to create a brutally intense turn of events, placing his characters in the sad situation of many real, innocent persons in the most violent states of Mexico. When you read local people complaining that Heli will give Mexico a "bad image," you realize that the creation of a film like this is, no matter what, important.

Heli gives violence a serious treatment, and definitely the greatest achievement here is a sequence that puts every single situation that's fucked up inside one little house. The minimalist approach doesn't come as a surprise -- half of Los Bastardos happens inside a house -- and neither does the serious tone towards violence, but it is clear that Escalante is growing as a film director. He goes for the visually explicit images, but also for thought-provoking material, and with a sequence like this one, he triumphs. It's a summary of how hitmen work together with the military forces in Mexico, and how the new generations are learning the business.

While there's a City of God vibe to all of this, Escalante is very far from creating a consistent piece of work like that Brazilian film. The last act of Heli feels completely out of place, lacking any real impact. I get the intention: to explore Mexico's legal system, well known for being incompetent. It's a fair move and Escalante is kind of making a little satire, maybe even unintentionally, as the scenes are full of dull dialog and the new (non-professional) performers, including Reina Torres as a female detective, have a much less fortunate acting debut than Palacios and Vergara.

Every shot in the film is carefully composed, and while the Best Director Award at Cannes was an exaggeration (I mean, I have seen already Only God Forgives), the real problem of Heli comes directly from the script. How things are solved is Escalante taking the easy way out from the drug trade problem. But even with all of its flaws, Heli remains one of the most interesting Mexican films of the year.