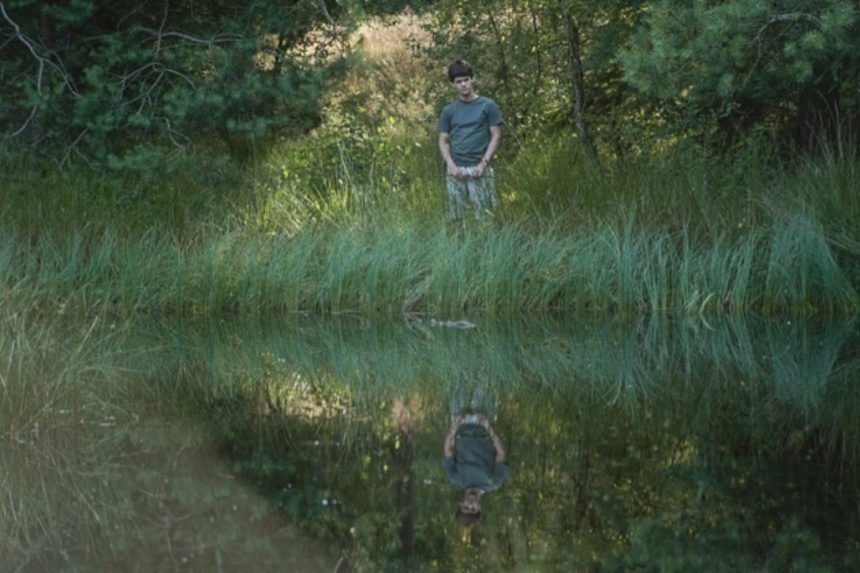 (Why the hell do people go camping in the wild anyway?)

In the Dutch horror thriller The Pool, two families go camping. To try and find a quiet secluded spot, they illegally break into a nature reserve, and after some searching they set up camp near a beautiful pond. A good time is had by all until strange things start to happen. Food spoils and rots faster than usual, some in the group hear splashing and singing at night, and the road back is strangely hard to find. Is there a presence in the pool, and if there is, what does it want?

Horror is a genre which is incredibly hard to do well, judging from the many, MANY dreary, boring and abysmal films out there. The Netherlands in particular do not have a reputation for good horror, the few attempts in the last few decades ranging from outright terrible to "nice try". Production company House Of Netherhorror aims to change that, and if their first film The Pool is any indication, we're in for a few treats to come in the near future. Because The Pool is good. Very good indeed.

Think about any of the standard annoyances with modern horror: shaky-cam, fake scares, too many jumpscares, crap monster, stunt casting, bad acting, inconsistent-ending-for-that-extra-last-shock... and notice how all of these are absent here. Cinematography is gorgeous, allowing atmosphere to build through long takes. The fake scares are never really fake, jumpscares are few and serve the story. The focus isn't on whatever is in the pool, be it a virus, a monster, elves, the Blair Witch, or a zombie with a chainsaw. Instead, the narrative focuses on the unraveling of the groups when calamity strikes. As for logic: the film doesn't cheat, generating a dark fairy-tale which keeps to its own rules, leading to a pay-off which is satisfying yet subtly foreshadowed.

What carries the film though are the characters and the acting. The group consists of two families: one elderly couple with two teenage sons, and the couple's friend with his teenage daughter. Quickly we find out more about these people. The two adult men used to be colleagues working at the same bank, but both recently lost their jobs. This camping trip is not a plan by seasoned survivalists, but by two unemployed guys who can't afford an expensive holiday anymore, yet still want an extreme trip they can boast about. The others are tagging along in sheer support of these two fathers, but hardly enthusiastic, although the teens are eyeing each other with interest.
When the trip turns bad, tempers flare, assumed settled grudges resurface, and everyone is set on an ugly slippery slope to insanity and violence. Both the mystery of the pool and the tensions in the group are treated as serious, each feeding off of the other.

Writer-director Chris W. Mitchell can be commended for keeping the film focused and classy, which are rare commodities in horror. The acting is unanimously great, but Carine Crutzen and Gijs Scholten van Aschat (who also shares the writing credit) need to be singled out as Sylke and Lenneart, the elderly couple. The few minor nitpicks remaining in the story are easy to forgive when the execution is this good.

It's rare to see a director's debut film look so consistently high in quality. It's rare to see a story with such an ensemble cast not be rushed, even though The Pool isn't even 80 minutes long. And most of all, it's rare to see filmmakers trust their audience to be intelligent enough to connect some of the dots by themselves.

Audiences at Imagine Amsterdam loved it, awarding the film an 8.2 out of 10, and making it end up in the festival's top-10 list. Which is no mean feat as Imagine Amsterdam had an incredibly strong line-up of titles this year. This week, The Pool was released in theaters, but despite uncommonly positive reviews from the Dutch press, it's not exactly a runaway hit with the public yet.
Is Dutch horror still cursed? With a film as good as The Pool, I sure hope not. 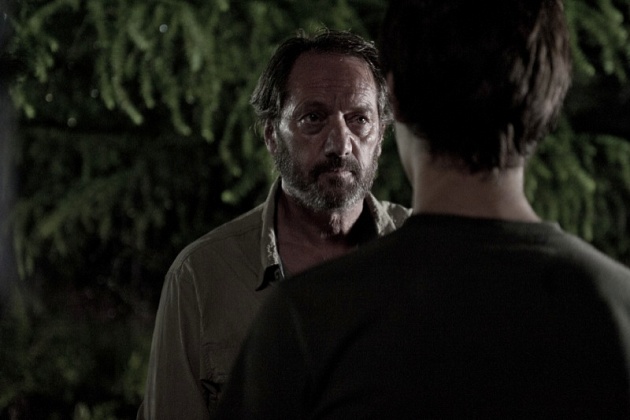