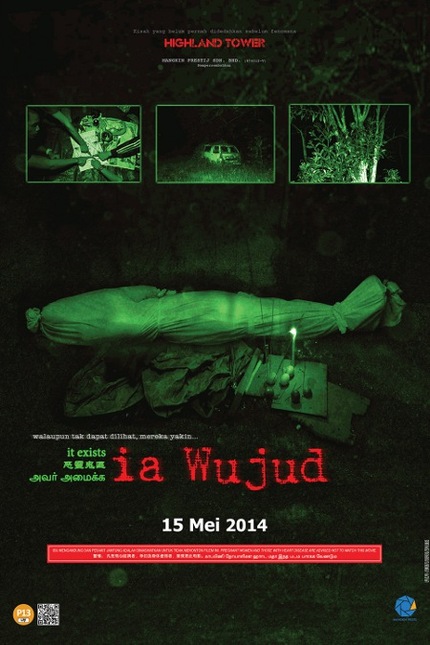 Yes, I know. The found footage thing is played out. People have been saying so pretty much from the moment that Blair Witch hit the screen. And yet they keep getting made and while the hit rate isn't great the reason they keep getting made is because when they work the format is still quite effective. And upcoming Malaysian effort Ia Wujud - which translates to It Exists - looks as though it could be a fairly solid little entry into the found footage canon.

You know the setup by now ... it's a bunch of young people in a remote place doing things they really should know better than to do when things go wrong. But it's all in the execution so take a look below and let us know what you think ...

Do you feel this content is inappropriate or infringes upon your rights? Click here to report it, or see our DMCA policy.
found footagehorroria wujudit existsmalaysiatrailer