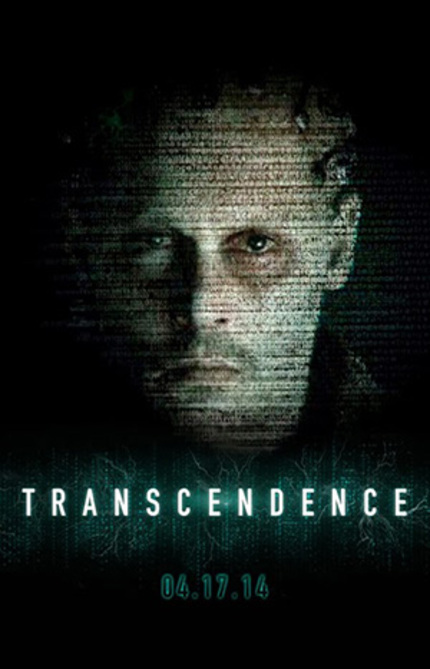 Most of the ingredients are here for something special - a decent enough cast, the man behind the visuals of most of Christopher Nolan's works, and a high-concept sci-fi thriller that delves into such heady topics as "neo-ludites" and the metaphysical nature of the soul.

Alas, Transcendence, Wally Pfister's directorial debut, is an absolute mess. From its opening shots, in which the camera focuses on a falling rain drop, we know we're in for something dreary and dull. It's as if the whole thing is trying too hard right from the outset, trying to be both populist and poetic, and failing on both fronts.

Save for these overt, gimmicky flourishes, it's almost startling that the one thing one could count on about the film, that it would be visually captivating, simply doesn't come to pass. Pfister is one of the more vocal proponents of photochemical photography, and his insistence on shooting on celluloid and even doing traditional processes for colour correction had promised to make for a lovely image on screen.

Naturally, given that a huge chunk of the film has CGI elements that needed to be incorporated, and that the end result was digitally projected upon an IMAX screen, meant that this fetish for the photochemical was for naught. I can't think of a single shot that was particularly memorable, even compositionally the work pales compared to what Pfister has accomplished for other directors.

Story-wise, we're treated to a kind of TV-style, X-Files-like sci-fi conceit. Banal questions of identity and the pervasive nature of technology are all told with a pomposity and preposterous that's genuinely tedious. Not since last year's The East has an eco/techno-terrorist plotline been so egregiously mishandled, yet this film seems to have outdone itself through sheer magnitude.

Most frustrating of all is that the film doesn't even support its own logic. This is definitely a have-your-cake-and-eat-it-too time when it comes to a post-technology apocalypse, and the vision of nanobots and sentient network systems uploading themselves to "the grid" is as inane a plotline as Sandra Bullock hacking her way through The Net or an ending lazily stolen from tropes mined by Independence Day and The Day The Earth Stood Still. This is little more than a Lawnmower Man redux, mowing its way through maudlin metaphysics and moral manure.

In some ways, this feels like a throwback film, some mid-90s shlockfest that drops the wonder of Tron in favour of some somber anti-tech twist. The meta-textual irony of Pfister's abhorrence for digital capture is likely to be more interesting than any philosophizing the film attempts to do.

Performance-wise, it's a mixed bag. Johnny Depp is doing exactly what he's called upon to do, and if he's not believable, it's more than partially a cause of a poorly drawn character. Cillian Murphy and Morgan Freeman make for an odd buddy-cop pairing, while Rebecca Hall seems entirely out of her league as both brilliant scientist and believable heroine. Paul Bettany comes across as more oafish than he should with his Stockholm-syndrome transition, but it's Kate Mara in a relatively small role that still manages to be the most annoying, her dull, one-dimensional portrayal one of the film's many low points.

Transcendence is a turd, unable to climb up from its dreary setting and banal plot. The fact that it's not even a particularly interesting film from a visual point of view (see Oblivion for an obvious counter-example) is even more frustrating - the fact that we don't even get eye candy from one of the more celebrated visual technicians working in cinema today makes this an even more disappointing night out in the cinema.

Do you feel this content is inappropriate or infringes upon your rights? Click here to report it, or see our DMCA policy.
Johnny DeppPaul BettanyRebecca Hallscience fictionWally Pfister