Review: THE RETRIEVAL Quietly Takes On Loss, Life, And Hope 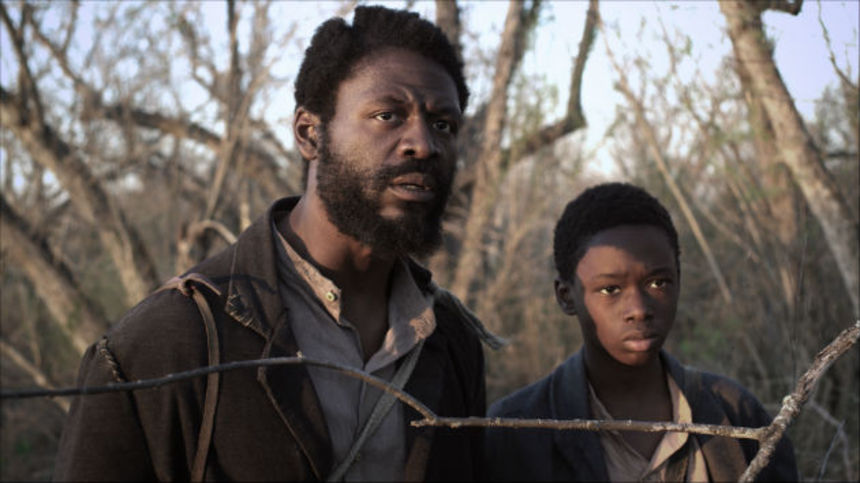 Chris Eska crafted the finely-honed, modern-day drama August Evening, which featured a resilient, stoic Mexican immigrant who dealt with life's challenges as they arose. The Retrieval is Eska's followup, and it's a similar, low-key, high-quality affair that etches portraits of two African-American men at different stages of their lives during the Civil War era.

Specifically, the film follows Will (Ashton Sanders), an orphan boy on the cusp of adulthood, and Nate (Tishuan Scott), a man who is the target of a "retrieval." Will works under the terribly firm hand of his uncle Marcus (Keston John), who is a bounty hunter in the business of returning runaway slaves. Having (seemingly) no other viable choice, the 13-year-old Will obeys and assists Marcus in his nefarious activities, which involves tricking the runaways so that the bounty hunter gang, led by a man named Burrell (Bill Oberst, Jr.), can capture them.

One day, Marcus is ordered to "retrieve" Nate, described as a very dangerous man. Even the hardened Nate takes pause at the task ahead, but he reluctantly takes along Will as they track down and then trick Nate into returning with them.

Sensing that Nate is a better man than his uncle, Will befriends Nate, a solemn fellow who speaks only when necessary and carries a big hatchet; their burgeoning friendship upsets Marcus, who views Nate as a competitor. Circumstances conspire to separate Will and Nate from Marcus, leaving the boy and the man to continue on a wary journey. 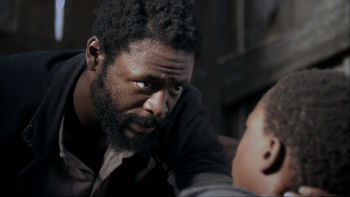 What follows is a coming-of-age story, told in terms that would be understood for the time period. Will is too young to fend for himself, really, but even at his tender age, he must begin making decisions that will define him as an adult. Nate is at the other end of the line, relatively speaking; he is reaping what he sowed as a younger man, and the fruitage is not joyful. Still, he's an adult, and he must stand by his actions, and that's how he carries himself and treats others.

The film's strengths are cumulative, gathering force as the story develops and the characters are revealed more fully. Not to spoil things, but The Retrieval is but one chapter in the life of young Will; an important chapter, to be sure, and one that he will never forget, but only one part of a life to come. The period details, observed in the same spare details that inform the dialogue, reinforce the sense that an ancient land is being visited for the very first time.

Like August Evening, The Retrieval feels like it could have been even more effective if its running time was shortened; Eska edited the film, as well as writing and directing, and its expansive length is looser than its structure absolutely demands. Still, it allows a bit more time to spend with Will and Nate, two uniquely American characters whose modesty helps them to blend into a ruined landscape filled with broken promises, even as a new day beckons.

Review originally published during the SXSW Film Festival in March 2013. Via Variance Films, The Retrieval opens at Film Forum in New York today (Wednesday, April 2). Writer/director Chris Eska, and actors Tishuan Scott, Keston John, and Christine Horn will be holding Q&A's after the 7:45 show on Wednesday and Friday, and after the 3:15 show on Saturday. Visit the official site for more information.