Euro Beat: The Star of BREATHLESS Will Tell His Story Now

Brian Clark
Editor-at-Large; Los Angeles (@http://twitter.com/marshalclark)
Sign-In to Vote
Tweet Post Submit
Euro Beat is back! We'll be posting bi-weekly on Wednesday instead of Tuesday from now on, but the saga of European film news and box office stats will continue as before. In today's edition: Jean-Paul Belmondo will recount his life story to his son... and us too, it seems. Also, ACID at Cannes, Slovenian film awards, Spain's surprise box office behemoth, and more!

Though he has acted in more than 80 films over the last fifty years, including Breathless, Leon Morin Priest, and The Man from Rio, French actor Jean-Paul Belmondo has declined to write an autobiography and has remained guarded about his personal life. Until now.

The 80-year-old actor will recount his highlights of his life and film career to his son, Paul Belmondo, for a new documentary which will air on TF1 sometime in 2015. But lest you think this will simply be quality time with father and son in a living room, the film is actually being pitched as a road movie in which Belmondo Jr. and Sr. will travel to the countries where some of Belmondo's most famous films were made, including Brazil, Monaco and Rome. The film will conclude in Paris, where the actor will hopefully share a few stories about Breathless that we've never heard. 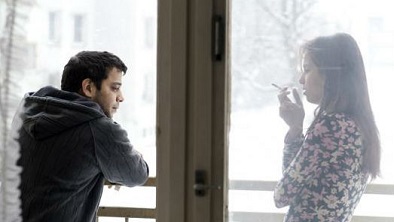 Since 1993, L'ACID (L'association du cinema independent pour sa diffusion) has been invading Cannes and screening a curated selection of independent films. Past programs have included early works by current festival darlings like Serge Bozon and Ursula Meier. The organization has just released their program for the 2014 Cannes festival, which includes a film with the star of Blue is the Warmest Color, as well as a film that is titled The Rules of the Game and is not directed by Jean Renoir:

Our Czech Republic Correspondent Martin Kudlac draws special attention to Vaclav's film, the title of which translates to The Way Out. According to Kudiac, "Czech feature films have not visited the sunny sides of Côte d´Azur since 1998, when Oskar Reif´s feature The Bed was screened in Semaine de la Critique.

"The Way Out tells a story of Žaneta and David and their struggle for existence. Their unemployment and a difficult communication with officials are all products of frequent Roma prejudices. The piling up of debts leads David to the thought of committing a crime in order to help his family. Non-professional actors were cast as main protagonists to ensure the authenticity of the social realist drama.

"Peter Václav won a Silver Leopard at IFF Locarno in 1996 for his psychological drama Marian." 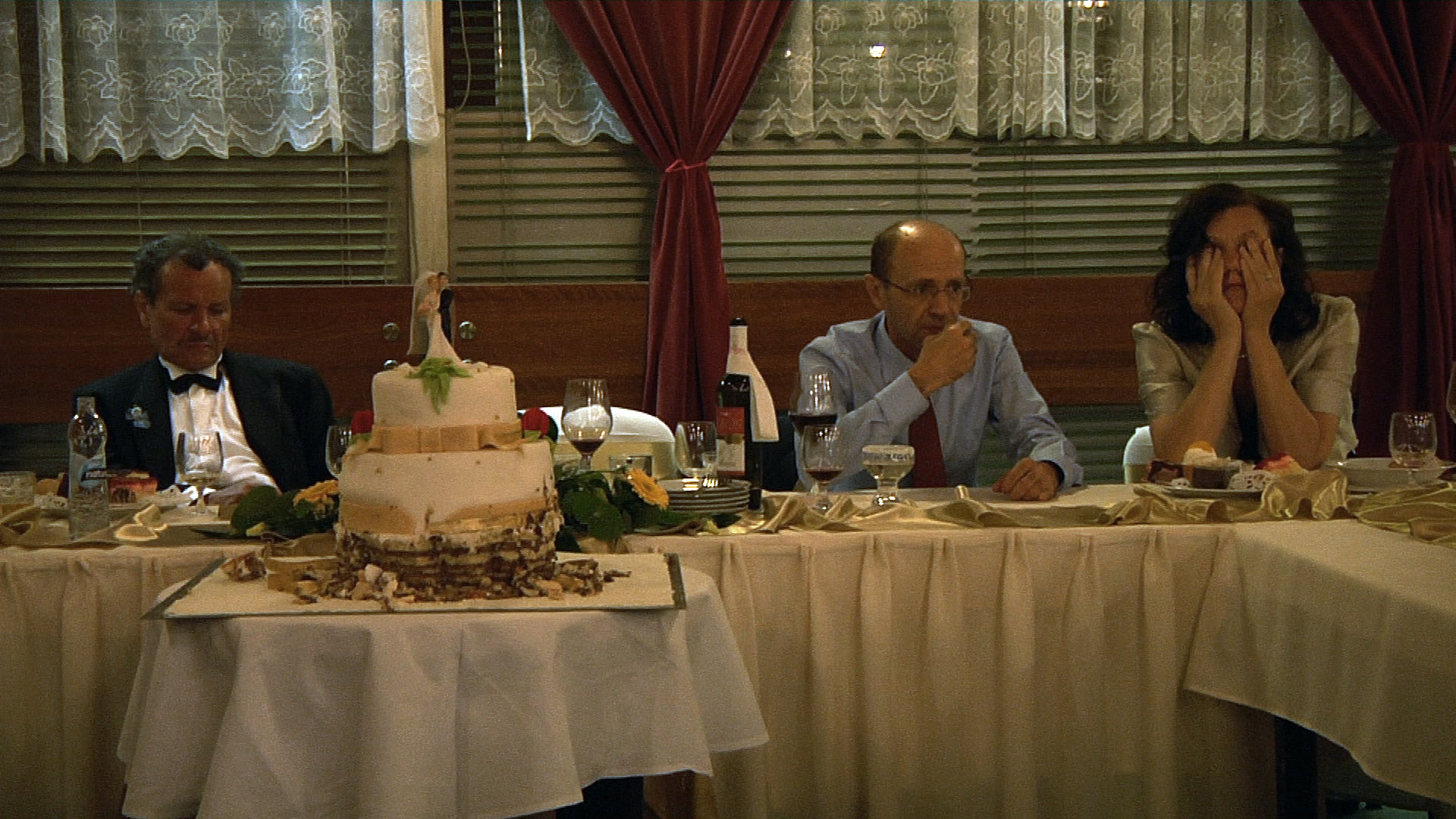 Also courtesy of Mr. Kudiac, a recount of the Slovakia film awards named The Sun in Net (after the social realist film of same title), which are actually a bi-annual event so that the show can assure quality, given the low production rate in the country. Here's the rundown:

In the category for the Best Documentary Film, three films were nominated:

The History Lesson by Dušan Trančík, which maps the rather ambivalent relation of Slovaks and Hungarians and their mutual history.

The New Life by Adam Oľha, a pseudo biography focusing on director's father who left a family of six kids to start a new life. The film observes the relationship between his father and mother and the influence of their marital problems on the lives of Adam´s sisters.

The Normalization by Róbert Kirchhoff, the most seen documentary in Slovak cinemas in 2013. The investigative documentary plunges into the controversial case of a rape and murder of young medical student, Ľudmila Cervanová. In what appears to be the big black stain in judicial system, the case of Cervanová is not satisfactorily explained even after 40 years. Also, seven innocent men served a cruel sentence for something they did not commit and ended up with ruined lives. The officials are not able to provide clear explanations among the web of false confessions in this judicial Pandora Box.

The award went to Róbert Kirchhoff for his daring shot at cracking a judicial conundrum while everybody involved kept their hands off it.

Meanwhile, Pandas, a bold animated satire by Matúš Vizár about suicidal pandas and man's zeal to save the animal no matter what, battled against Ondrej Rudavsky´s surreal film poem Moon and Ivana Šebestová´s melancholy cut-out animation Snow, about self-delusion, for Best Animated Film.

The lyrical Snow defeated cynical Pandas for the award.

My Dog Killer by Mira Fornay stole the spotlight as the most talked Slovak film and swooped up awards for The Best Feature, The Best Directing and The Best Screenplay. The film beat out the highest grossing domestic film of 2013, The Candidate (80,234 admissions), which simultaneously bounced into the eight rank of the country´s top ten the most-seen films in the 20-year existence of the independent Slovak republic. The movie, a glossy thriller on the power of media set against the backdrop of presidential elections, won Best Cinematography and Best Editing.

The rest of the awards were handed as follows: Best Short Feature went to the directing duo of Peter Begányi and Andrej Kolenčík for The Exhibition, about the staff taking care of stuffed animals in local museum when their routine is suddenly crashed by unexpected turn of events. The Miracle scored Best Sound,The Honeymoon obtained Best Costumes. The award for Best Foreign Film was won by Michael Haneke's Amour. 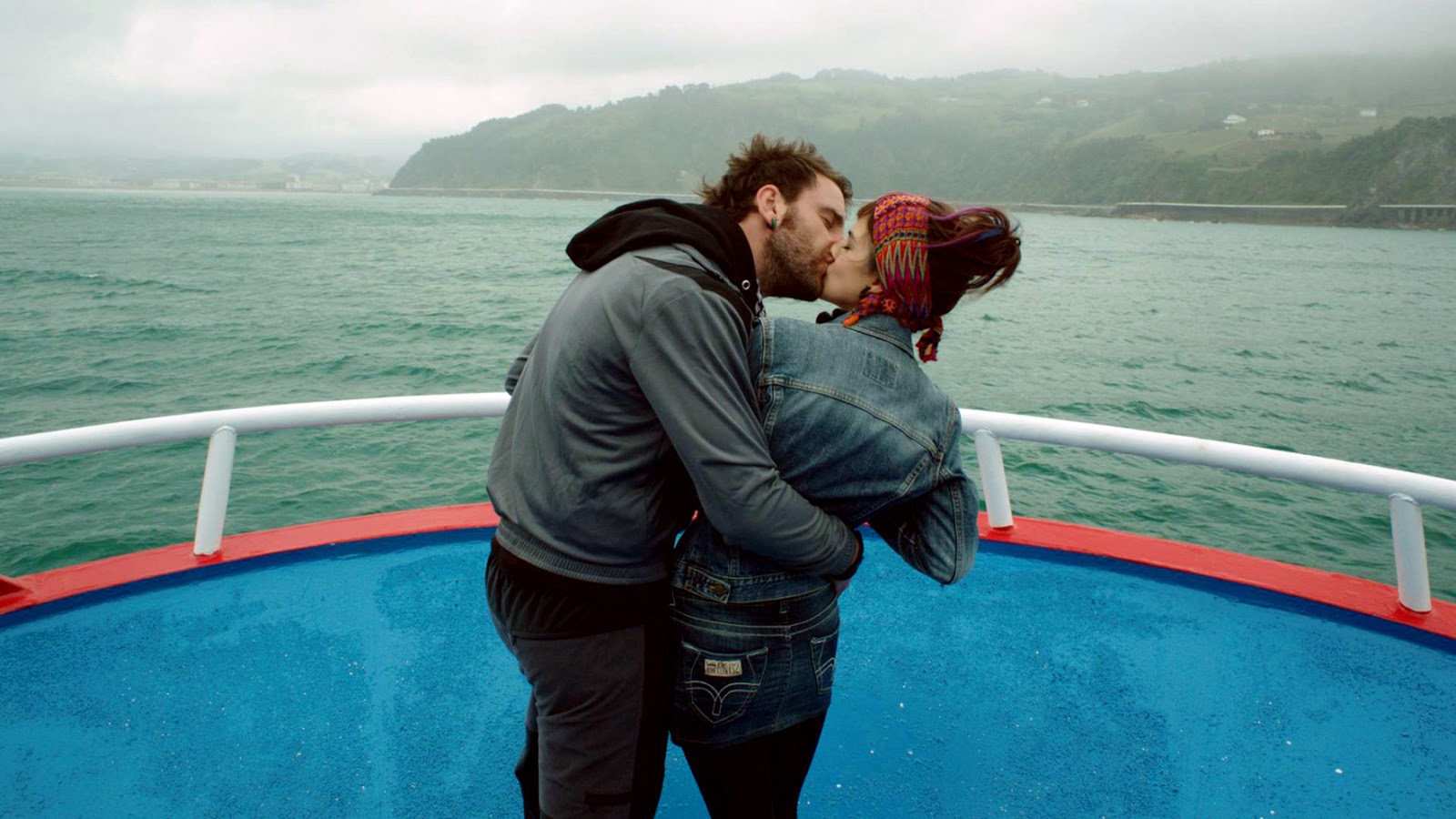 Let's get the obvious news out of the way first -- The Amazing Spider-Man 2 opened early in most European territories and predictably, took the number one spot in most of them, including Austria, Belgium, Germany, Sweden and U.K.

Noticably missing from this list is Spain. In fact, Spidey could not topple the Spanish-made comedy Ocho apellidos vascos, which easily took the number one spot with around $6 million, compared to Spider-Man's $2.8 million. But this romantic comedy about a man from Andalucia who leaves his comfort zone to follow a Basque woman has done more than just hold off American super heroes. Since opening in mid-march, it has already surpassed the previous Spanish box-office record for a Spanish production, formerly held by The Impossible.

According to resident Spanish film buff Shelagh M. Rowan-Legg, the film's success is likely the result of a solid comedy script, and audience fondness for cultural stereotypes and well-known TV stars. However, she said that the film's success will likely prove to be an exception rather than a new rule in terms of audiences rushing to locally produced films. In any case, according to imdb, a sequel is being prepared for 2015.

Meanwhile, France has its own local hit on its hands. Qu'est qu'on a fait au bon dieu? grossed an extremely impressing $10 million its opening weekend, positioning it to possibly become this year's Intouchables. Stay tuned for more updates as word of mouth spreads.