Another Day, Another Uninspiring X-MEN Trailer 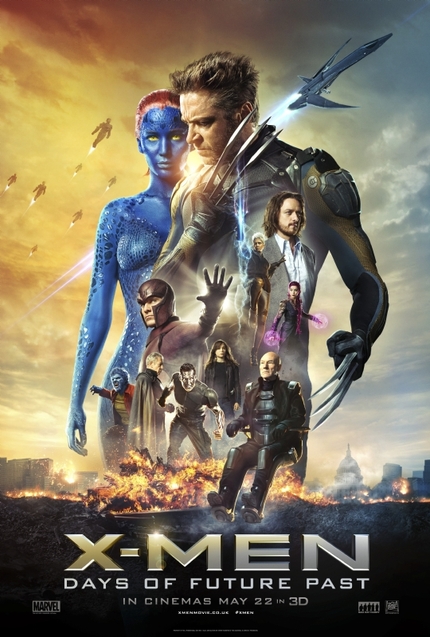 It's at the minute and fifty second mark of the latest trailer for Bryan Singer's X-Men: Days Of Future Past that the trailer gods were kind enough to make explicit what had been bothering me about it until that point. That's the point, you see, where the music begins to flagrantly nick from Clint Mansell's Requiem For A Dream score, aiming to achieve the same epic feel through imitation but not simply not executing it nearly as well.

And that's the problem with the trailer as a whole. Yes, it's an improvement from the first efforts though it is still far from shaking the hyper melodramatic soap opera trappings. But the improvements are all nicked from other, seemingly better, movies with the execution a significant step back from the quality of what they're aping. Woof. Between this and the new Spider-Man flick it appears that the summer is going to be cluttered with substandard super hero fare. And it's a shame to see Days Of Future Past give back the goodwill won by the best-in-franchise First Class. Check the trailer below.