THE SACRAMENT Trailer Unsettles As It Reaches For The Light 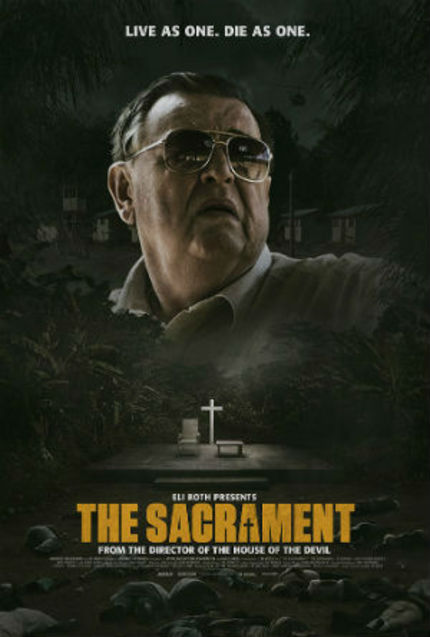 A new green-band trailer for Ti West's The Sacrament reinforces the impression that this is a mighty unsettling film.


The Sacrament follows two Vice Media correspondents as they set out to document their friend's journey to find his missing sister. They travel outside of the United States to an undisclosed location where they are welcomed into the world of "Eden Parish," a self-sustained rural utopia, comprised of nearly two hundred members. At the center of this small, religious, socialist community is a mysterious leader known only as "Father." As their friend reunites with his sister, it becomes apparent to the newcomers that this paradise may not be as it seems. What started as just another documentary shoot soon becomes a race to escape with their lives.

Don't be put off because of the film's resemblance to a found-footage thriller; West imposes a greater discipline than that, and this is a case where the first-person POV is used effectively. The Sacrament is bolstered by very fine performances by AJ Bowen (as the lead reporter) and Gene Jones (as "Father"), and very good turns by Joe Swanberg, Amy Seimetz, and Kentucky Audley.

The Sacrament will be available via various Video On Demand platforms on May 1, ahead of its theatrical release via Magnet Releasing on June 6. Watch the trailer below.

Do you feel this content is inappropriate or infringes upon your rights? Click here to report it, or see our DMCA policy.
AJ Bowenhorror cinemaJoe SwanbergJonestownTi West