Rotterdam 2014 Review: JACKY IN THE KINGDOM OF WOMEN Is Absurd, Rude And Very Funny 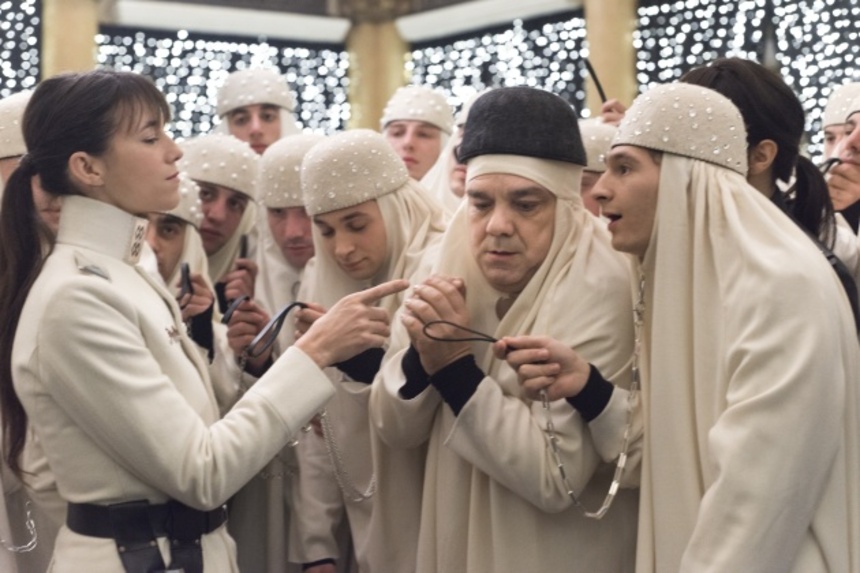 (Just imagine: what if Charlotte Gainsbourg had played a nymphomaniac in THIS film..!)

One of the prizes to be won at the international Film Festival Rotterdam is the MovieZone Award, aimed at films which impressed the younger part of the festival's audience. It is a notable award because the winners have indeed always been special, titles which would go on to get a life or legend of their own. Films like Breillat's Fat Girl, or Dolan's I Killed My Mother are among the winners, but also Slumdog Millionaire and Persepolis. This year, the winner was the French raucous gender comedy Jacky au Royaume des Filles, aka. Jacky in the Kingdom of Women.

Described as both a biting satire AND a romantic fairytale, Jacky in the Kingdom of Women is the brainchild of writer-director Riad Sattouf, a famous French cartoonist with Syrian roots. Here is the festival's synopsis:

In the People's Democratic Republic of Bubunne, the women are in power. They rule the country and maintain order, while the men - clad in robes from head to toe - take care of the households. Things are not very democratic; the 'Generale' rules with an iron fist - opponents are hanged. In this strange country, where horses are worshipped and the national cuisine is a slimy gruel, Jacky gets ready for the Grand Ball, at which the Generale's daughter (Charlotte Gainsbourg) will choose a husband. Jacky fervently hopes he will be chosen, but he's not the only candidate.


Fate can be unkind sometimes, and I was unable to get to see the film myself. So for this review, I have asked the help of my good friend and sometimes-Twitch-contributor Kees Geuze, who managed to see the film twice and kept telling me it was the best thing he saw at the festival (grrrrr...).
He was kind enough to write us all a review, and here it is: 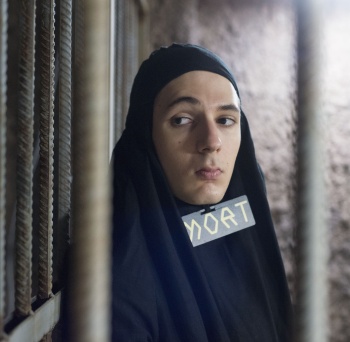 In Jacky in the Kingdom of Women, the gender roles of men and woman are consistently switched, a comical subject which leads to several hilarious situations. And its not just the traditional male/female relations which are spoofed, but also authoritative dictatorial rule. The People's Republic of Bubunne looks like a straight copy of North Korea, with the biggest change being that the Supreme Leader is a woman.

What sets this film apart from other satires is the way women treat men as objects of lust. For example, its main character Jackie is often the target of the unavoidable flirtations from the daughter of the manager of the local supermarket, and keeps getting marriage proposals from her.
These elements of "reversed" repression make this a very enjoyable film, and even manage to give it a surprise ending. The jokes are often course and rude, but combined with the biting social criticism it actually made this the funniest film I've seen at this year's IFFR.

After the film, director Riad Sattouf and lead actor Vincent Lacoste took the stage for a small Q&A. The funniest moment came when someone asked Vincent Lacoste how he had prepared himself for his role. He replied that women in the cast and crew, especially the younger ones, reveled in using him as their slave, and this had helped him a lot.


Thank you, Kees!
Jacky in the Kingdom of Women actually had its World Premiere at the International Film Festival Rotterdam, and the audiences there rated the film a very respectable 4.1 out of 5.
With this rating and the MovieZone award, the film is off to a great start, and I hope to catch up with it soon. 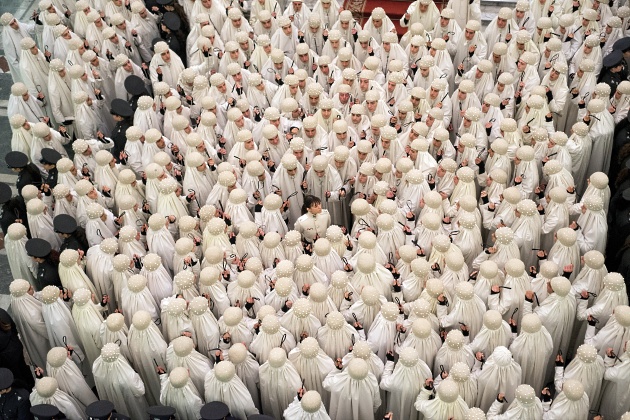 Do you feel this content is inappropriate or infringes upon your rights? Click here to report it, or see our DMCA policy.
Charlotte GainsbourgComedygenderRiad SattoufVincent LacosteDidier BourdonAnémone