Review: FACHON MODELS Is Not Even Funny For The Wrong Reasons 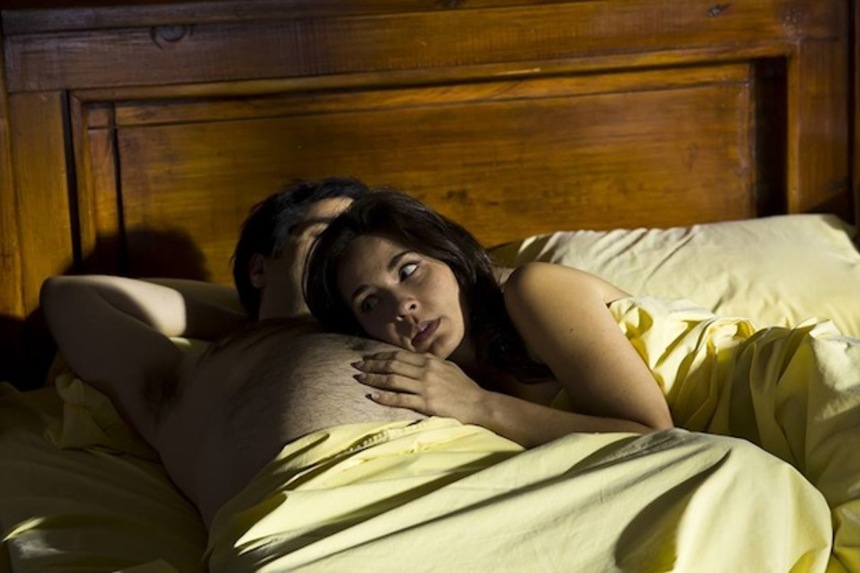 Rafael Montero's Fachon Models is a new comedy that tries to make the audience laugh right from its title. Poking fun at the bad pronunciation of "fashion models", it is an instant attempt at classist humor, something that by now is the sort-of standard for Mexican comedies. Thanks to its name, poster, tagline ("being ugly is now fashionable") and trailer, Fachon Models always looked as a movie that maybe, just maybe could be one of those disasters with some amusingly awful material to enjoy.

The truth is different and I didn't laugh once, not even for the wrong reasons. The bad acting, formulaic story, and how they tried to sell me all sorts of products were in conjunct just another reminder of the awful year Mexican cinema is having so far at the multiplexes. In addition, the title is misleading as Fachon Models is neither about fashion nor models. The two protagonists are actually actors and while one of them mentions he is also a model, there's nothing related to this world. The movie is a rip-off in every possible way and the nonsensical title is just one of its problems, the minor one.

Let's see. The main character (Ulises, played by Eugenio Bartilotti) is a middle-aged aspiring theater actor, who only gets work-for-hire in late-night infomercials mostly because of his overweight. His best friend, on the other hand, would love to star in those infomercials but he hasn't gotten any job as the industry discriminates not-really-handsome men like them. Do you remember Nacho Libre's Esqueleto? The same actor (Héctor Jiménez) plays Ulises' pal and while I found him quite amusing back then, playing Jack Black's sidekick, now he is basically imitating other Mexican comedians (like Adrián Uribe) by doing a very stereotypical portrait of the street boy.

Fachon Models is very basic when it comes to its class conflict. There are the rich, beautiful people leading the show business. And then we have the underdogs actors suffering, desperately looking for work and, eventually, recognition. It all feels like a message made by the Mexican entertainment industry that begs for sympathy.

It seems that the people behind the movie are aware that their product is shallow. So they try to make the audience understand that maybe an actor in Mexico wouldn't want to star in a comedy like this one (or a late-night infomercial for that matter) but rather being involved in something with more artistic merit (i.e. a stage production), however, everyone needs dough. Making a movie (or a commercial) is in the end hard work and you should be proud of it; this is one of the messages here, built through Jiménez's character, which makes his family happy once he finally appears on TV. 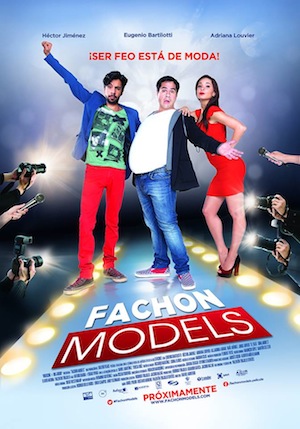 But before you start thinking that perhaps there's self-referential stuff, I should just say Fachon Models is nothing more than yet another romantic comedy set far away from reality. It features an escapist "follow your dream" subplot, in which the not very talented actor Ulises abandons his routine and goes for the theater performer career he always desired, but the core of the whole thing is a romantic relationship. Forget about acting, the show biz or any of the other aforementioned things. This is all about romance... and, well, losing weight. Though losing weight because you're in love is certainly part of the same issue.

Ulises is indeed the one who falls in love with a beautiful and wealthy young woman (played by Adriana Louvier), who is clearly "out of his league." This lady works for a politician but she was a friend of Ulises back when they were kids, so there's hope for the dude. The dialog and interaction between the two is, however, a hopeless case. It never works and, quite simply, the product placement (they usually meet at a recognizable coffee shop) is more prominent than any of their acting scenes.

Earlier in the story, the protagonist is filming an infomercial for a brand of exercise machines. Of course he was hired due his obesity and to illustrate how good the machine functions, a muscular actor appears later, showing the "change." Well, the heart of Fachon Models is a love story that is as false and poorly acted as that infomercial, not to mention quite predictable.