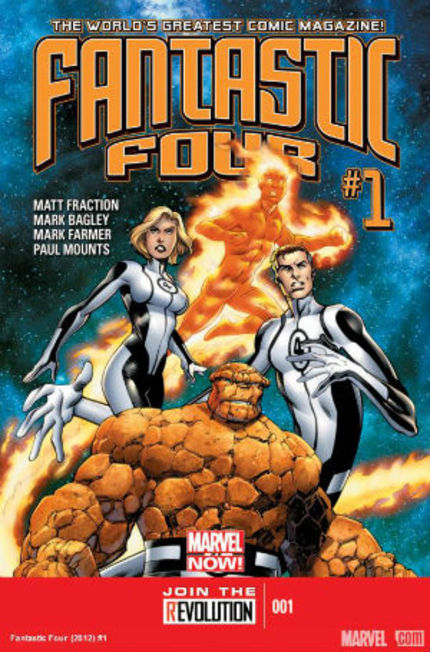 The latest Fantastic Four casting rumors claim, essentially, that the cast is set.

According to The Wrap, Michael B. Jordan (Fruitvale Station) will play Johnny Storm (aka the Human Torch), confirming rumors that have been floating around for quite a while. Kate Mara (House of Cards) is in final negotiations to play his sister Sue Storm (aka the Invisible Woman). Casting Jordan and Mara as siblings would be a splendid example of color-blind casting; if this happens, I hope the movie doesn't bother to explain anything about it.

Jamie Bell, a new name, is in "heavy discussions" to play Ben Grimm (aka The Thing). Reportedly, Miles Teller remains the top choice to star as Reed Richards (aka Mr. Fantastic), with his Sundance hit Whiplash increasing the heat surrounding the rising actor. His schedule, however, might get in the way, since he's already tied up for a major role in Insurgent, the sequel to YA adventure Divergent, and that's ready to go into production at the same time as Fantastic Four.

Josh Trank (Chronicle) will direct. The movie is scheduled for release on March 6, 2015.