Check Out The Indonesian Poster For THE RAID 2: BERANDAL!

Todd Brown
Founder and Editor; Toronto, Canada (@AnarchistTodd)
Tweet Post Submit
With the release of Gareth Huw Evans' The Raid 2 coming up fast - March 28th in the USA and Indonesia with other major territories following very close behind - the first theatrical poster for the film's Indonesian release has arrived and we're happy to share the first look. This version bears the Berandal subtitle that the film will take into release in Indonesia and time will tell whether the US version follows a similar design. Here's how Sundance described the film when it premiered there:

Immediately following the events of the original, The Raid 2 tracks Officer Rama as he is pressured to join an anticorruption task force to guarantee protection for his wife and child. His mission is to get close to a new mob boss, Bangun, by befriending his incarcerated son, Uco. Rama must hunt for information linking Bangun with corruption in the Jakarta Police Department while pursuing a dangerous and personal vendetta that threatens to consume him and bring his mission--and the organized crime syndicate--down around him.

Filmmaker Gareth Evans gloriously reunites with star Iko Uwais for this epic martial-arts sequel. No longer confined to a single building, the fight spills across the streets of Jakarta--from prison yards to subway cars. Evans packs his film with enough jaw-dropping action and groan-inducing hits to rival a Hollywood studio's entire summer slate. 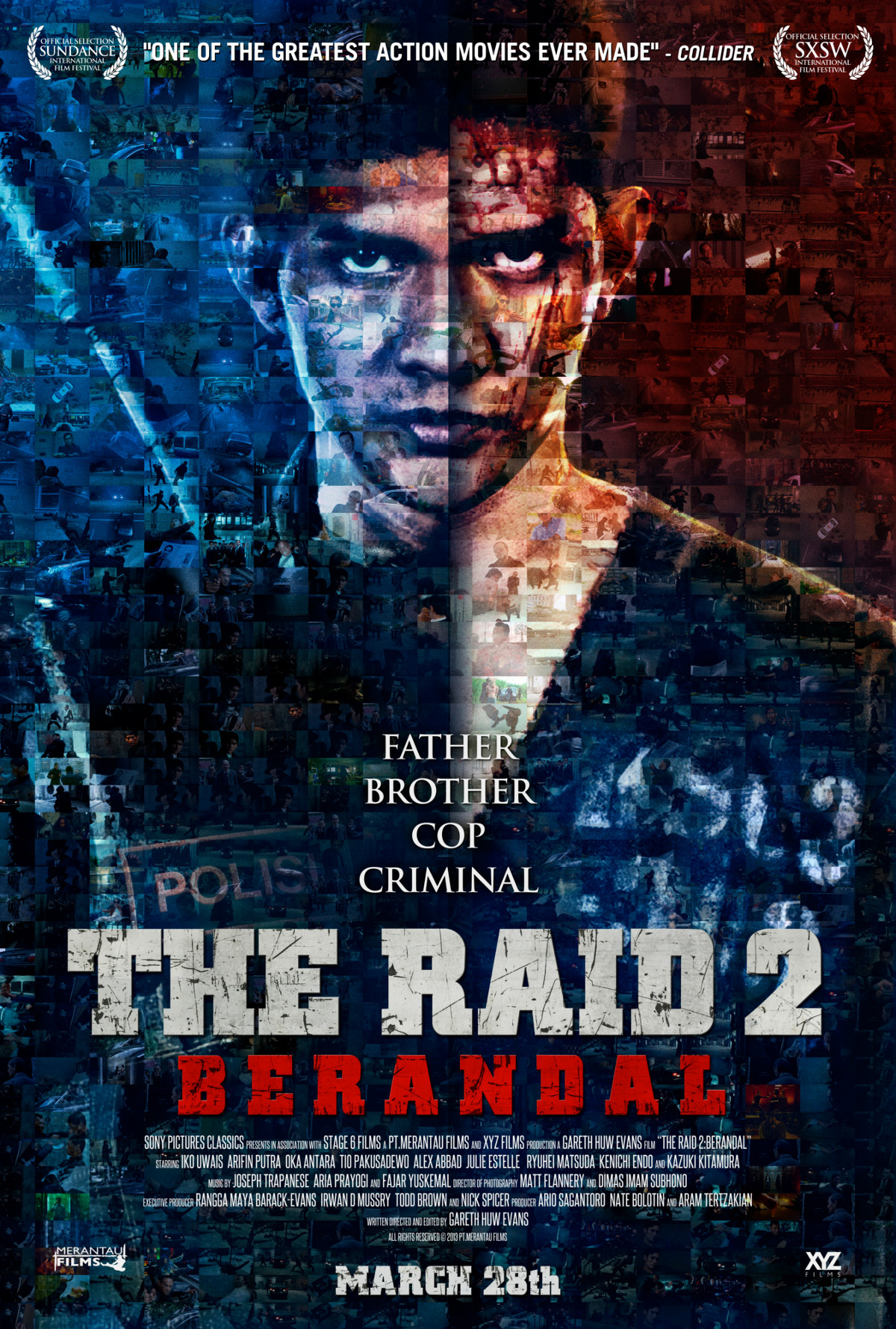 Do you feel this content is inappropriate or infringes upon your rights? Click here to report it, or see our DMCA policy.
berandalgareth huw evansiko uwaisposterraid 2