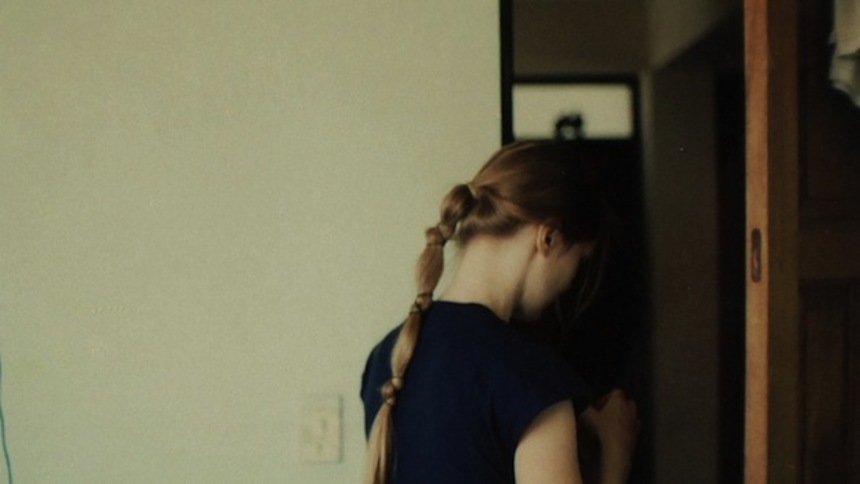 Death in Arizona is mostly about the hurt that comes after a breakup, while the short film follows a long-term marriage that is now facing a new facet that perhaps is not as joyful and unambiguous as their past. The double bill clearly shows how difficult a relationship can be and is quite interested in this connection as, certainly, we are dealing with opposites (a broken and a married couple) but, still, the feeling of pain is omnipresent.

There's a similar theme, however, the approaches are quite different. Love In Time of Fires only lasts six minutes and is entirely a documentary; Death in Arizona, on the other hand, comes from the director's personal experiences, but then it turns out to be a separate beast with an apocalyptic fictional narrative.

It is a very tedious film that mostly happens inside an apartment, from where Dirdamal obtained footage that shows how life goes by somewhere in Bolivia. He is sort-of spying on his neighbors through the apartment's window and we get to see real people doing their daily stuff (i.e. some construction workers laboring) or just being there without much activity. Time passes slowly.

The great majority of Death in Arizona comes from this footage, while the other important elements are two different voice-over narrations (in English). One is done by a man and is about apocalyptic Arizona and the last human tribes. The other narration is by a woman who once heard from a guy, at a train in Arizona, the story that turns to be that of the director himself; how he met and fell in love with a lady in Bolivia, who eventually abandoned him after living together in the aforementioned apartment.

Both narrations appear throughout the film and, for instance, Dirdamal tries to unite his footage with the apocalypse story. He filmed a family with several children and his fictional tale mentions the descendants of the chaos; or there's filmed material about some kids at a school while the narrator recalls his own childhood. The problem is simple: the combination of sound and image is not meaningful or striking.

Death in Arizona captures better the loneliness Dirdamal experienced at the apartment but, ultimately, it is an overlong experiment that doesn't quite functions as a mixture of fiction and reality. While the short doc Love In Time of Fires is not brilliant, it does communicates to the audience how the protagonists feel. Dirdamal wants to achieve that yet the whole journey is so messy and fragmented that his feelings become uninteresting.

More about Death in Arizona