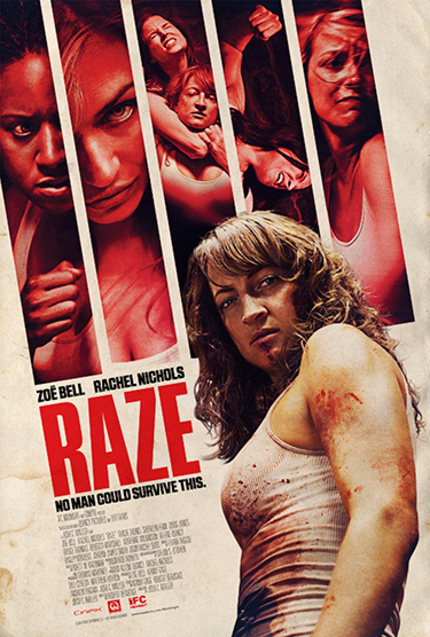 Following a successful premiere at the Tribeca Film Festival, Josh Waller's all female fight flick Raze - featuring Death Proof's Zoe Bell in her first leading role - is off to a rousing start in limited theatrical release in New York and LA, enough so that expansion is in the works this week. And if you need a little something to lure you out we've got an exclusive clip from the film featuring Rosario Dawson.

Starring the world's most famous stuntwoman Zoë Bell, the action master behind KILL BILL and DEATH PROOF, RAZE is a high-octane action/horror thrill ride that pits expert female fighters against each other in a nightmare arena, with the lives of their loved ones at stake. Awakening after being abducted, Jamie (Bell) finds herself in a concrete bunker, and she discovers that she is not alone. She and Sabrina, a fellow abductee, both soon realize that they are in a modern day coliseum where, along with 48 other women, they are condemned to kill each other to entertain their sick, mysterious captors.

Take a look at the clip below. Raze is available on VOD and iTunes now.