Sundance 2014 Review: NO NO: A DOCKUMENTARY With Soul Power 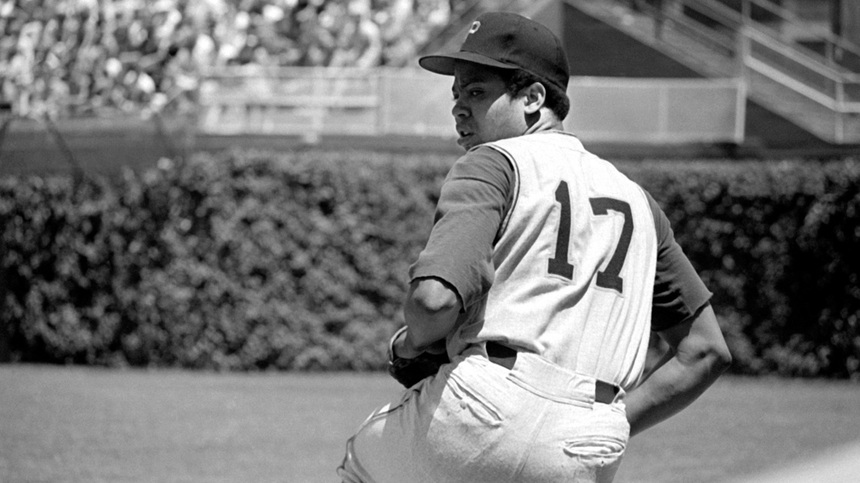 "I pitched every game in the Major Leagues under the influence of drugs," reveals Dock Ellis, the late baseball player who in 1970 threw a "no-no" (no-hitter) for the Pittsburgh Pirates while he was high on LSD.

This is the story that kicks off No No: A Dockumentary, a soulful account of Ellis' life that certainly goes beyond the instantly engaging no-hitter on LSD premise. Let me put it this way: this has a soul-funky-blaxploitation vibe, with a Super Fly reference included, but it is as well a tough film about drug addiction, redemption and the not-so-pretty aspects of one of America's most beloved sports (baseball).

Nowadays, it is no secret to anyone that big baseball stars like Mark McGwire, Barry Bonds and Alex Rodriguez have been accused of using prohibited substances to improve their performance. However, back when Ellis wanted to open up about his addiction in general through a book (In the Country of Baseball), some words from his manuscript needed to be lightened (i.e. using the word vodka instead of acid). No No: A Dockumentary is, of course, the uncut portrait of Ellis, one that takes you to a different time in baseball (the word is that 96% of the players used amphetamines) and US history.

With a great amount of original interviews, including footage of Ellis' familiars and teammates, director Jeff Radice make us understand firstly the man and ultimately what his intelligence and craziness/fearlessness meant to the late sixties/seventies American culture, for which baseball was a fair representation. The documentary soon becomes something bigger, tackling another historical side of baseball that's, quite simply, outrageous: racism. I won't reveal much, only that one of the most touching moments in the entire film has to do with Ellis and Jackie Robinson, the first African American who played for a baseball team in the Major Leagues.

The doc eventually returns to fully explore the big LSD thing but in the end, at least three other special games of Ellis' career are depicted similarly. One of those games represents Ellis' temperamental personality (hitting Cincinnati Reds players on purpose as a NY Yankees pitcher), while the others his success (wining the World Series with the Pirates) and social relevance (being part of the first ever "all-black" lineup in 1971). Baseball aficionados are in for a treat, indeed, as this is full of players' anecdotes (like one dealing with Ellis and Muhammad Ali), original newspaper notes and even some classic baseball trading cards. On the other hand, you don't have to be passionate about the sport to enjoy No No (personally I don't care for baseball). Appreciating a journalistic work with tremendous research, a tasty soundtrack and some cool stylistic bits (i.e. comic book-like animation), is very easy.

There's also footage from the 1981 baseball movie/moral lesson Dugout, which is cleverly used as Radice realizes Ellis' path is exactly what the movie tries to prevent kids from doing. Of course that involves drugs and being obsessed with the Major Leagues and the World Series. And naturally, the film features Ellis' eventual fall and all the consequences he had to face (along with the silver lining).

Ellis was clearly important and just by writing this I'm acknowledging Radice's doc as one that fulfill its own goals. When one of the teammates says something like "people only saw and talked about Ellis' bad side", the biggest intention of the filmmaker becomes quite clear. No No: A Dockumentary goes for the classic humanization of its controversial protagonist and it ends achieving that beautifully.

More about No No: A Dockumentary