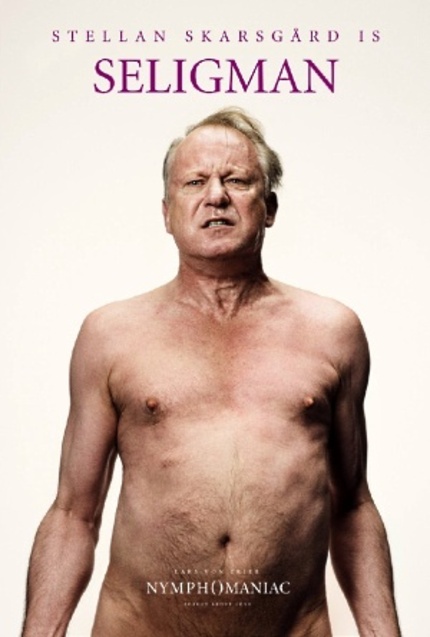 It was only yesterday that I reviewed Lars Von Trier's Nymphomaniac Part 1, as spoiler-free as possible. After that, I ran back to the cinema for the premiere of Nymphomaniac Part 2, and this leaves me in a rather uncomfortable spot for reviewing it. I'm dying to talk about the film in detail, but how am I supposed to say anything about the second half of a story without at least spoiling bits and pieces of the first half? It's not as if I'm discussing the latest Hunger Games movie, and can safely assume that everyone who reads this article has, by now, already seen the previous film.

What I do feel safe to talk about, at least up to a point, are my personal impressions. The first film struck me with its beauty, its humorous craftsmanship. Lars Von Trier was having fun with his bag of tricks, and so were we, his audience. But at some point the story of Nymphomaniac Part 2 needs to turn back to the beginning of Part 1, which had Seligman (Stellan Skarsgård) discover a battered and bleeding Joe (Charlotte Gainsbourg), lying down in an alley.

You can imagine therefore that in Part 2, events take a darker turn, and they do. Gone is the quirky playfulness, replaced by a somber descent into abuse, with the focus being more on pain than on pleasure (sexual or otherwise). The film managed to split me in two as well: one part of me now wants to congratulate Lars Von Trier for his often stunning film, the other part of me now wants to fuck him with a chainsaw, so to speak.

Having seen the whole film, or at least apparently a shortened-by-ninety-minutes version of the whole film, I can say that not all my hopes were met. In this second part, much of the beauty and wonder from Part 1 are gone (and missed). Thankfully some humor remains, but Lars Von Trier breaks many things I'd rather have left unbroken. Some of the messages I understand (I think), but seem too commonplace to spend watching four hours of film for. Other messages confuse the hell out of me, and will probably be the source of debates for months to come.

Presumably, the missing ninety minutes contain some components that might plug several of the plot-holes which now pop up. Then again, maybe not. The feeling when you leave the cinema, of not being able to shake the impression that someone played a dirty trick on you, that could totally be the intention of Lars Von Trier. It's what we know and love/hate him for. For me, Nymphomaniac as a whole works best when Von Trier actually focuses on the wonders and mysteries of sexuality, diverse asides and all. When that focus seems to wander off into more general storytelling territories, the film starts to lose pieces of its magic, its glory. Still, even in those parts there are plenty of interesting bits worthy of pondering.

Rest assured that his next film will probably get me all excited again when I first hear of it. But the closer we get to its release, the bigger my apprehension will be as well... 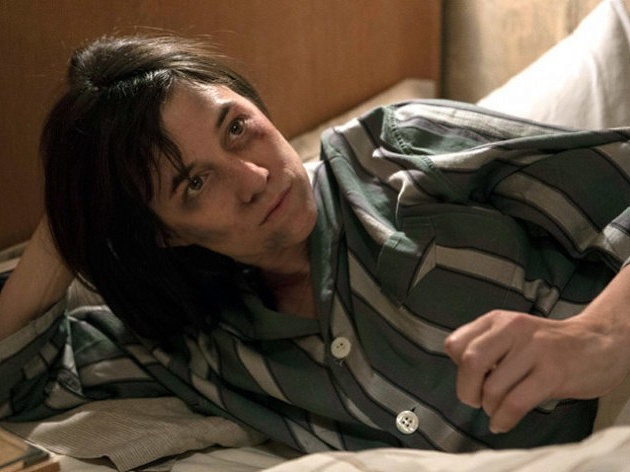