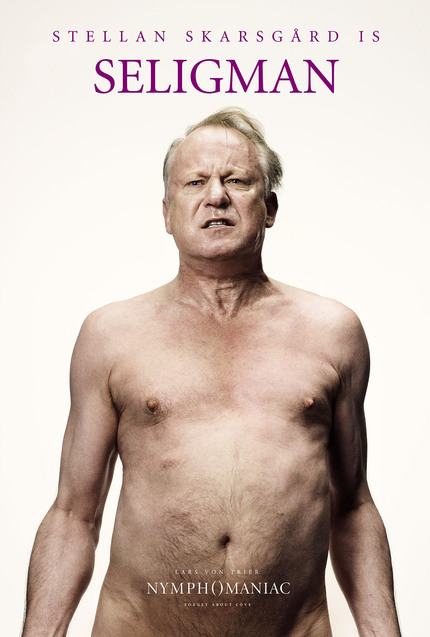 Is there a new controversy brewing over Lars Von Trier's Nymphomaniac? There could well be. The Nymphomaniac conversation has thus far revolved around the film's extreme sexual content but the real drama seems to be occurring behind the camera rather than in front of it with word that - for the very first time in his entire career - Von Trier has ceded final cut of the film with the result being a full hour and a half of material being removed from his preferred version.

Stories about multiple versions of Nymphomaniac have existed since the film was still little more than an idea, with Von Trier initially saying that he intended to release both a sexually explicit version and something a little more toned down. Over time the idea of two versions was shelved, only to reappear when word hit that the Von Trier cut was coming in long. Very long. With reports ranging anywhere from five and a half to seven hours, with speculation rising that the film would be released in theatrical and an extended TV miniseries version. That's not happening, either.

What is? Well according to a report in Denmark's Ekko magazine - seen early by The Hollywood Reporter - Von Trier got the film down to a five and a half hour version and has now given over control of final cut to producer Peter Albaek Jensen who intends to cut it down to four hours for release in a pair of two hour installments. Which all sounds very civilized until Jensen acknowledges that "the short version is against Lars' own will." Jensen goes on to say that Von Trier has accepted the changes "because he understands market mechanisms" but Von Trier has never particularly cared about the market so it seems safe to assume that's Peter talking and not Lars.

As for Von Trier's own thoughts on the matter, the director placed himself under a voluntary gag order after the Cannes press conference fiasco with Melancholia and he's generally stuck to it. We'll see if that holds in the face of this latest news.