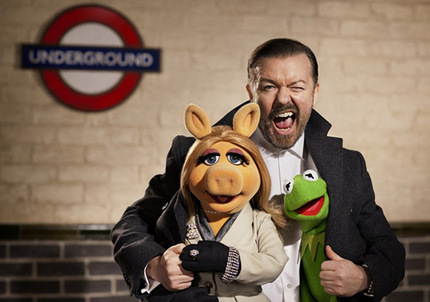 Lately, studios have been quoting tweets in movie ads, two examples being a recent TV campaign for Grudge Match, which touted positive snippets from moviegoers (and none from critics), and a print ad in the New York Times for Inside Llewyn Davis, which selectively quoted from a tweet by film critic A.O. Scott, to much hand-wringing and consternation.

For the authoritative word on tweets in movie ads, however, we turn to the Muppets, whose new movie is heading to theaters in March. A new video, "Across the Internet," relies on the advance enthusiasm of "actual" fans.

The video just makes me love the Muppets even more ...

More about Muppets Most Wanted