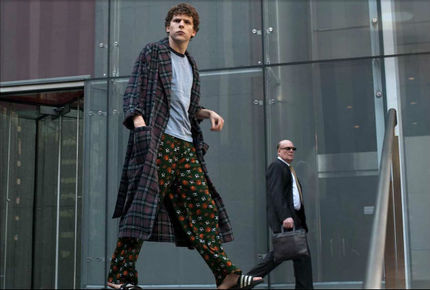 Via press release, Warner Bros. has announced that Jesse Eisenberg has been cast as Lex Luthor in the upcoming, still untitled sequel to Man of Steel. Jeremy Irons will play Alfred, Bruce Wayne's faithful man-servant.

Eisenberg is certainly an unexpected choice to play Superman's most famous opponent. Will be essaying a nerdy character immersed in technology? With the creative and corporate forces involved, it's impossible to say at this point, but it gives the project some additional buzz.

In the official statement, Snyder commented:


"Lex Luthor is often considered the most notorious of Superman's rivals, his unsavory reputation preceding him since 1940. What's great about Lex is that he exists beyond the confines of the stereotypical nefarious villain. He's a complicated and sophisticated character whose intellect, wealth and prominence position him as one of the few mortals able to challenge the incredible might of Superman. Having Jesse in the role allows us to explore that interesting dynamic, and also take the character in some new and unexpected directions."

Do you feel this content is inappropriate or infringes upon your rights? Click here to report it, or see our DMCA policy.
BatmanJeremy IronsJesse EisenbergMan of SteelSupermanZack Snyder