Ambulante 2014 Review: COFFEE (CAFÉ), Another Look At Mexican Rural Life That Is Slightly Above Average 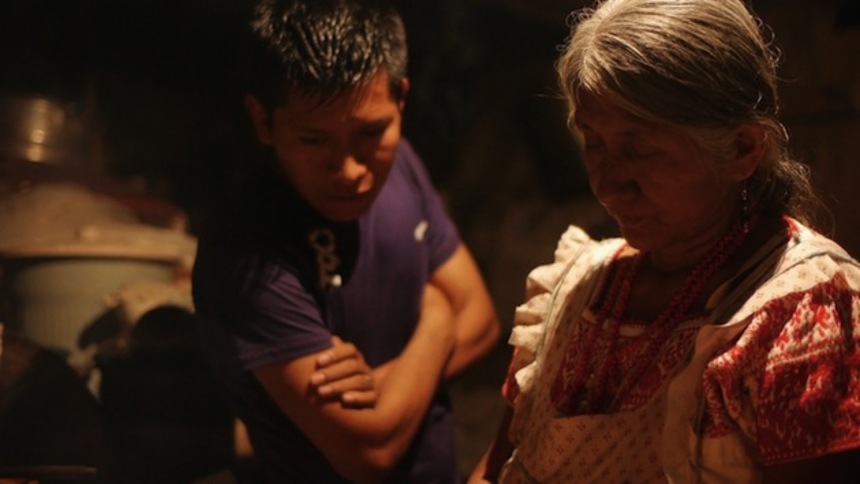 One of my favorite Mexican films of 2013 was Adrián Ortiz's documentary Elevator (Elevador), a really interesting look at the current decadent state of a Mexico City multi-family complex that once was a promised land. Now at Ambulante 2014, Elevator's cinematographer, Hatuey Viveros, is world premiering his first documentary (and second feature film overall as a director) with Coffee (Café).

At first sight, Coffee seems to be more of the same, in terms of having another documentary that explores rural Mexico; it follows a family's life in a marginal zone of Cuetzalan (a Mexican town). Actually, Ambulante's synopsis puts it as the real-life, cannibal-free, Somos Lo Que Hay... well, sort of: a family loses its leader (the father) and "his absence transforms the lives that were profoundly tied to him." Viveros and his team filmed the family for more than a year after the father passed away, but this is not a documentary with the mother or son's testimony through interviews. Viveros' camera was simply there, trying to be a ghost for the members of the family (the mother, son, daughter and grandparents).

After the screening I attended, Viveros talked a bit with the press. He definitely understands the situation of Mexican cinema being repetitive with its rural life portraits, and one of the things he tried to avoid was the typical long static takes. He's also against the idea of thinking of Coffee just as a documentary about indigenous people. And it is arguably a film with a rich variety of topics, but there are some elements that felt as something I had seen before (and not long ago, after all, I just reviewed Darkness).

Take for instance the whole thing with the guajolotes (turkeys). While Coffee does a complete job by following every step before a turkey dinner, from showing us the grandmother and the son while they buy the live turkeys to the eventual killing, this situation feels more as something ordinary, nothing revealing, especially when compared to some of the other themes the doc touches. In other words, if Darkness needed a hunting/disemboweling sequence to wake the audience up after many long static takes, Coffee could have escaped from this and maintain its desire to become a real variant.

On the other hand, those appealing themes include controversial ones like abortion (the daughter is pregnant and there's a very mature take on this) and the abuse some of the people from Cuetzalan suffer as result of their lack of information. Would you appreciate something a little more peculiar? Fine. What about the first graduated lawyer from Cuetzalan? To the diseased father, the idea of having a son studying but not working was not exactly acceptable. Still, the young man kept going (with his mother's blessing) and eventually finished the studies and began helping his fellow citizens, though certainly his father wasn't around by then. In a way, I wish Coffee would have explored all of this in a more profound way and not be just slightly above average, but instead an essential documentary.

Do you feel this content is inappropriate or infringes upon your rights? Click here to report it, or see our DMCA policy.
AmbulanteAmbulante 2014CafeCoffeeHatuey ViverosMexican Cinema