2013 TV Talent That Flew Under The Radar

More so than any other recent year, 2013 is notable for the sheer breadth of quality television on the schedules. Because of this, you'd be forgiven for not noticing some of what flew under the radar.

In writing this list, I've tried to choose shows that either had a relatively low profile where I live in the UK or that I'm assuming don't attract as much coverage elsewhere.

Sure, there's a bit of guesswork involved. I'm hoping this at least works as a rundown that highlights elements of shows that have been a little ignored or entire shows that struggled to find their way into the wider conversation. 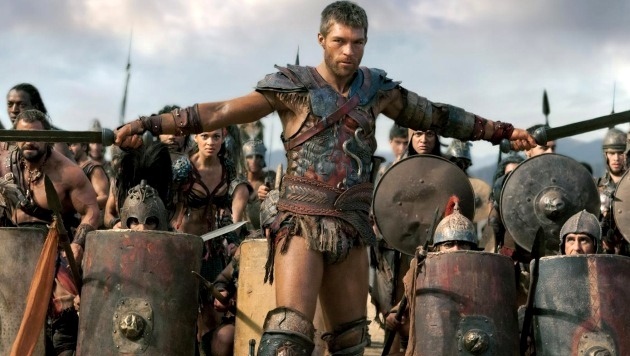 If you still consider Spartacus to be nothing more than nudity and bloodshed then it's barely worth me trying to convince you otherwise. I hope enough critics have extolled the virtues of this incredible drama; the show's final season, War of the Damned, builds to a huge conclusion that delivers a powerful punch emotionally and viscerally. 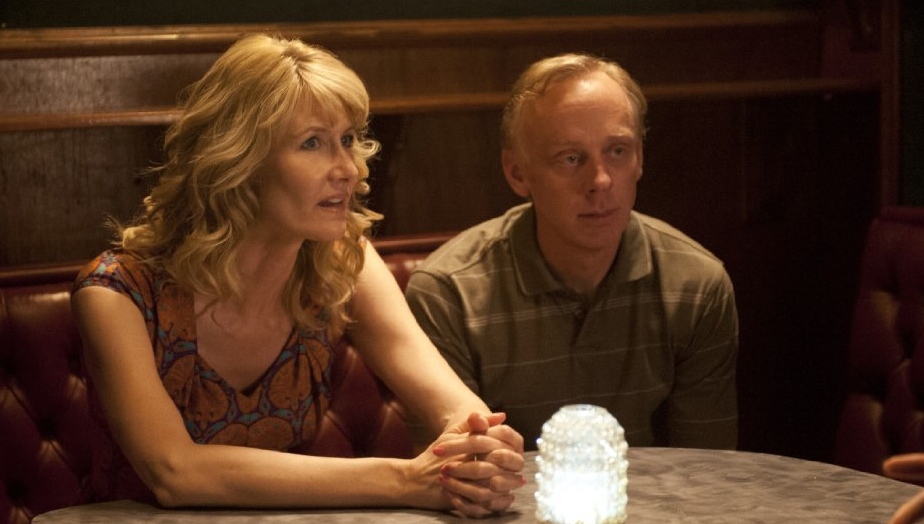 You've probably heard a number of people discussing Mike White's Enlightened and been unsure of whether it can live up to the hype. Just watch it and find out for yourself. The show does some really magnificent things in its second season, making for a distinct experience filled with thoughtfulness and complexity. 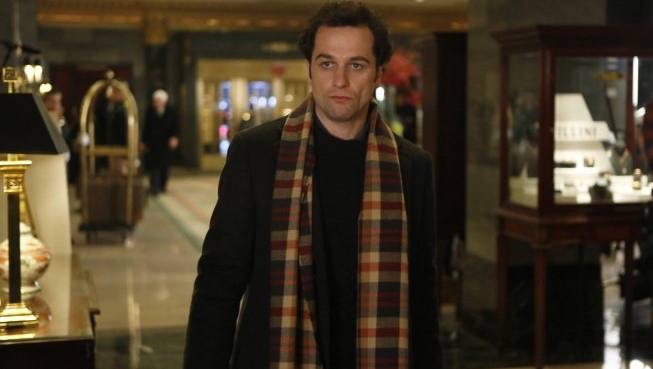 Best actor in a drama: Matthew Rhys (The Americans)

Fewer people watched The Americans than should've considering how strong and interesting this series is. Both Rhys and Keri Russell are really impressive as Russian undercover spies in the drama, playing multiple roles convincingly.

Where Rhys excels is in the smaller moments, effectively conveying his character's delicate balance between unease and commitment to the cause. 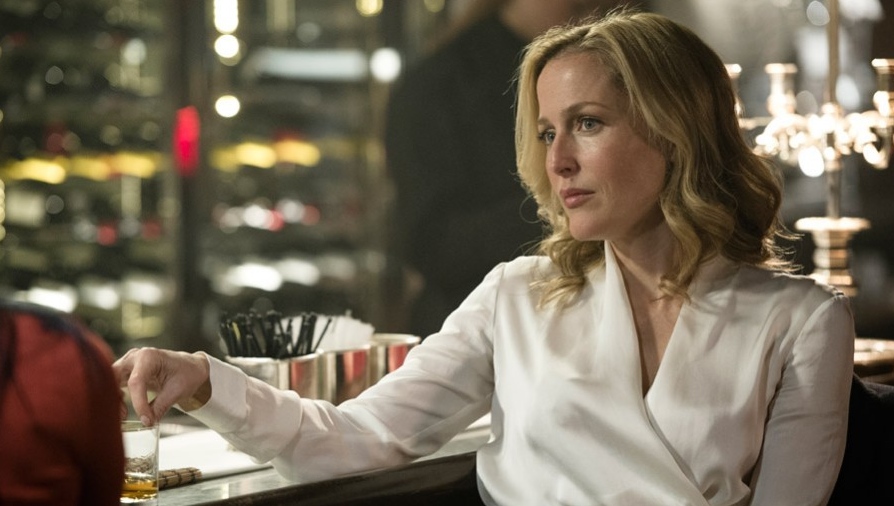 Best actress in a drama: Gillian Anderson (The Fall)

Not everything in serial killer drama The Fall works perfectly but Gillian Anderson's masterful performance is consistently impressive throughout.

Playing Detective Superintendent Stella Gibson, her unapologetic attitude and confident presence establish her as a refreshingly different character to what's expected. She's the centre of the series and the main reason it works. 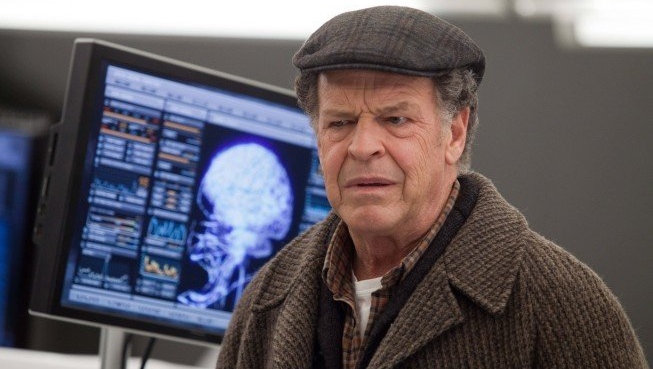 Fringe fans have probably gone on about the worthiness of John Noble's performance for a little too long considering how ineffective the fuss has been at getting him recognised by those that give out awards.

Anyway, he was as awesome in Season Five of the show as he's ever been – his portrayal of Walter Bishop is seriously high-calibre acting. 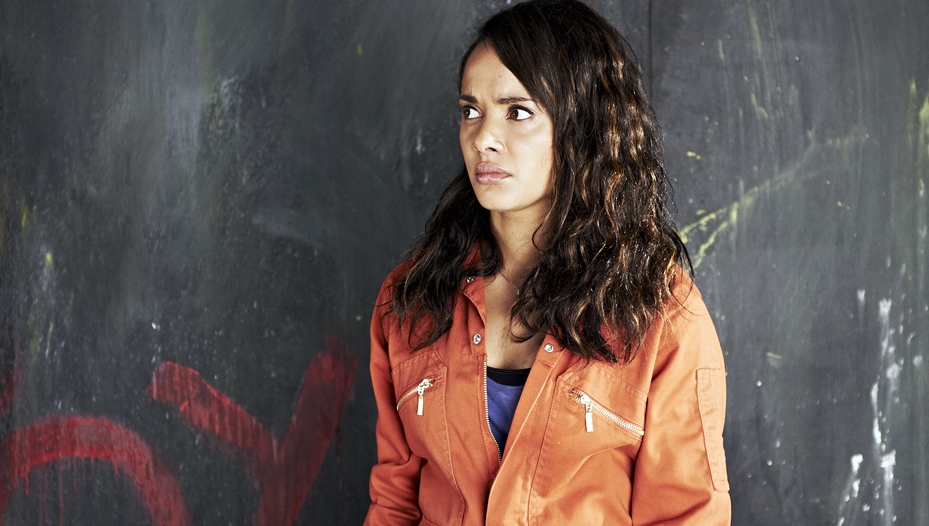 This may seem a surprising pick but Misfits has absolutely relied on the talents of both Crome and Joseph Gilgun for its final series. Crome's character Jess has become the heart of the show, emphasising most of its thematic beats and many of its comedic touches too. 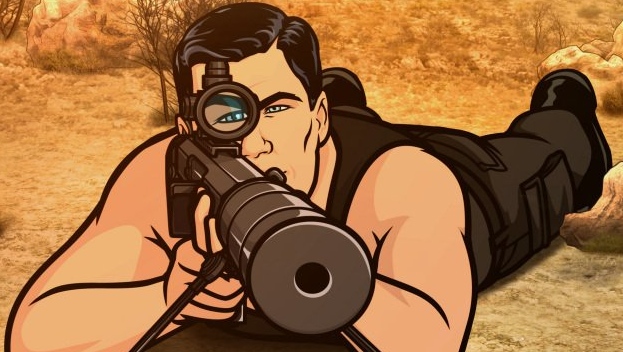 I'm probably cheating here by picking a voice actor but I'm betting no Archer fan will disagree with me. The skill on display with Benjamin's embodiment of the title character is terrific. He sells every outrageous line in the uproarious animation and his timing is always spot on. The quality of the voice work on this show in general makes it one of TV's funniest half hours. 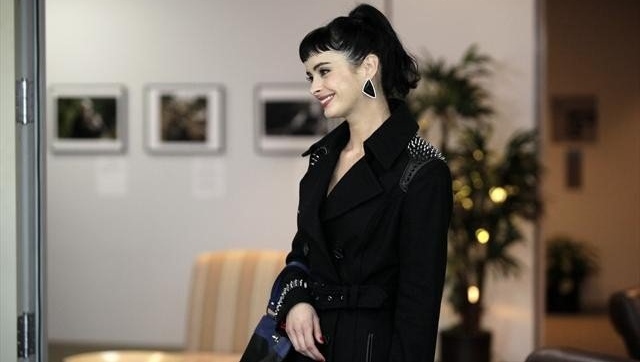 Ritter is something of an under appreciated performer and Don't Trust the B---- was very much ignored by general audiences while it was on the air. That's a shame, because the show does some rather subversive things with its main character Chloe and Ritter's portrayal of her is top notch. 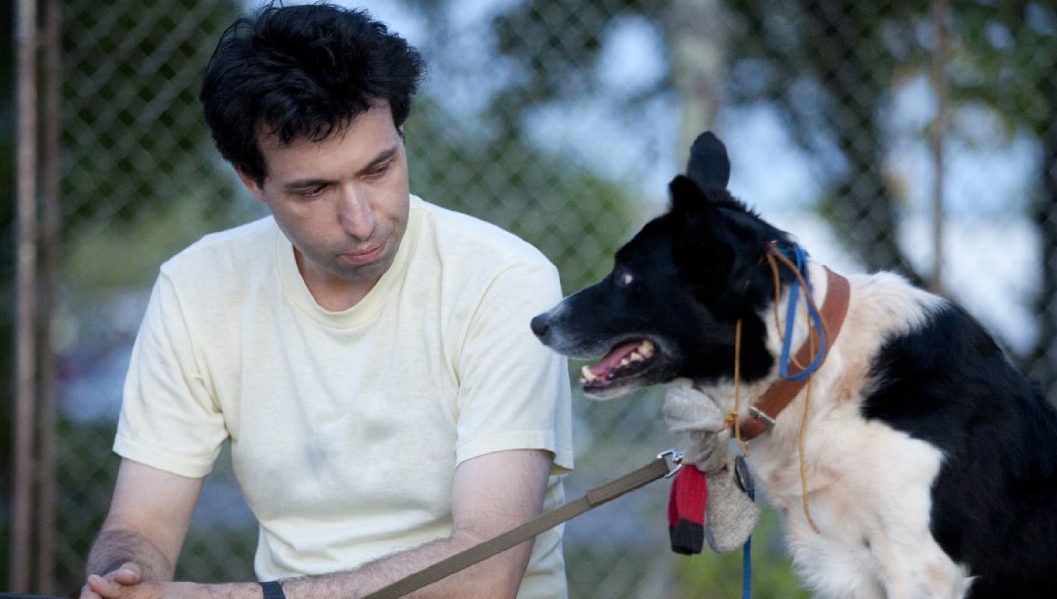 There are many things to talk about when it comes to Lena Dunham's Girls, although far too frequently people are stirring up controversy about elements of the show for no reason at all.

What we should be raving about is Karpovsky's portrayal of Ray, a great character in his own right and one half of a brilliantly realised romance with Shoshanna (Zosia Mamet). 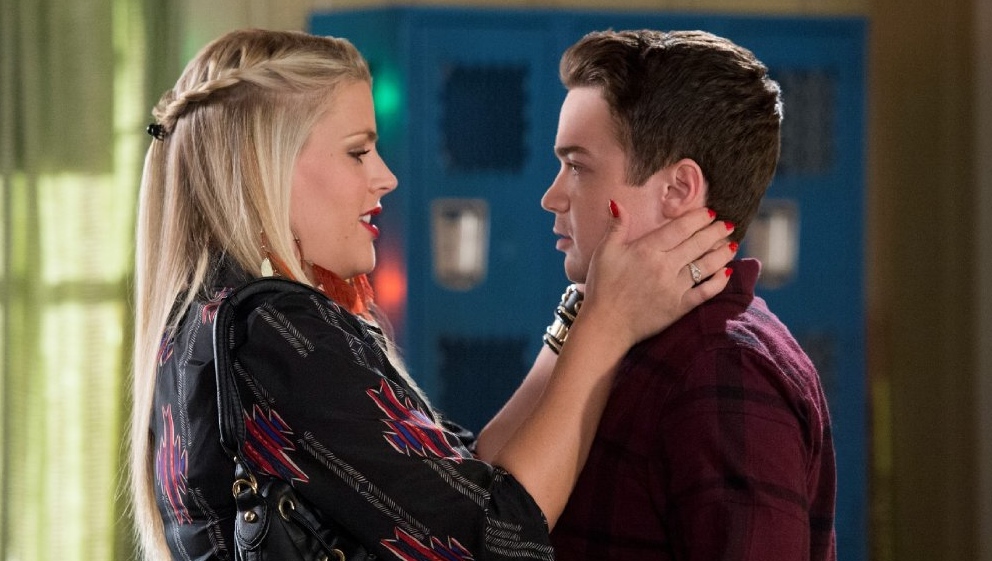 This is perhaps another unexpected choice but Philipps has been doing some amazing work on this show and deserves the recognition. I get that Cougar Town isn't for everyone but, when it works, it's hilarious. Philipps is a big part of why it works and some really great material arises when the latest season confronts her relationship awkwardness directly. 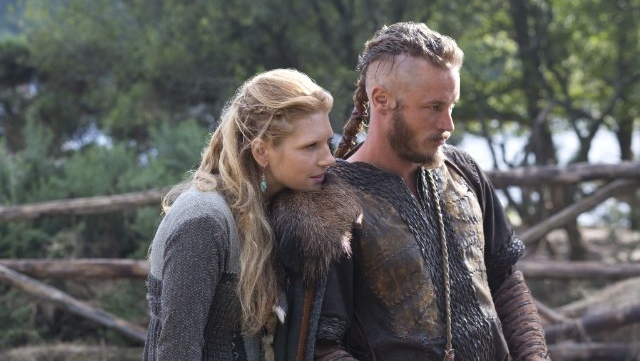 One of 2013's best and most ignored gems, the History channel's Vikings is a really worthwhile drama with far more to offer than you'd expect. Assured world building and character development make the nine episodes of the show's first season very entertaining.

This is a restrained and focused series with a great deal of potential. I really recommend it if you missed it first time around. 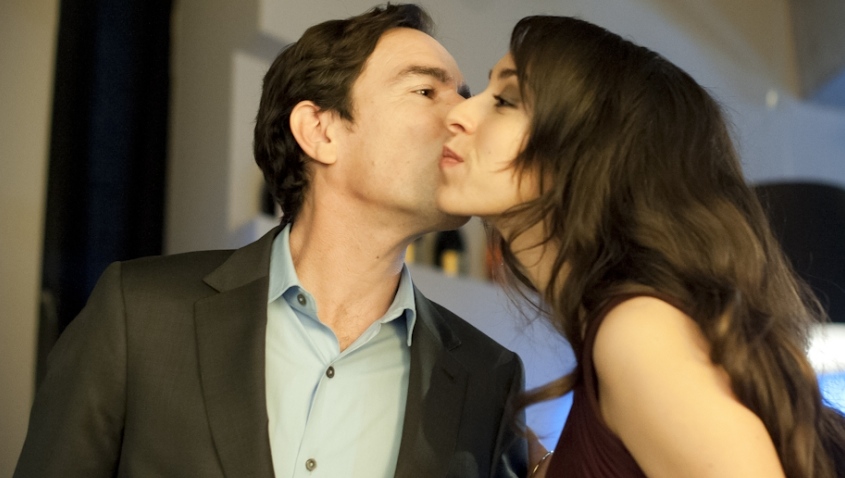 I'm definitely overreaching a little by trying to sell this as a comedy but I needed to mention Dates at some point.

A simple, charming and realistic show where each episode follows a pair of characters meeting each other for a date, this is a really rewarding watch. It's just great storytelling, executed without much fuss and in a way that proves to be very memorable. 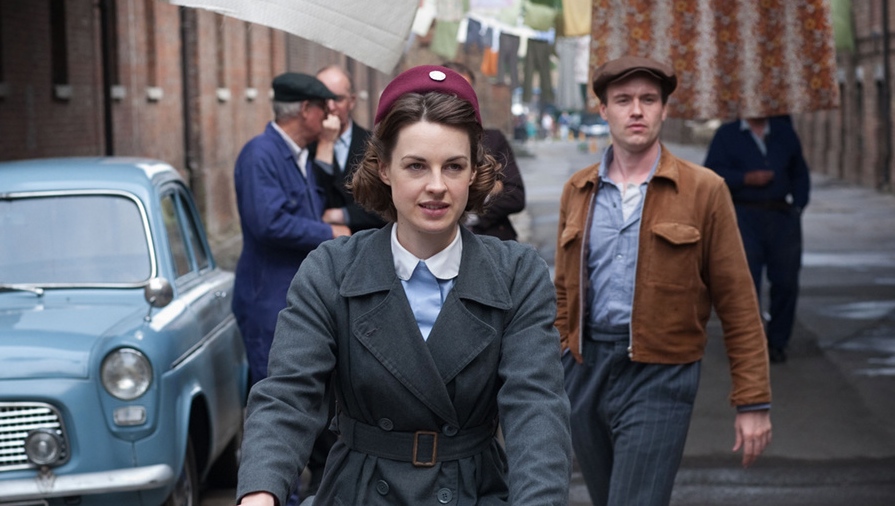 Best writing in a drama: Call the Midwife

OK, I'm definitely cheating here because Call the Midwife is something of a ratings phenomenon for BBC1. However, I doubt it scores as huge of an audience outside of Britain and it really deserves to.

This wonderful drama is giving a voice to different perspectives and showcasing characters rarely seen on television. It does things no other show is capable of and it's a real delight to watch. 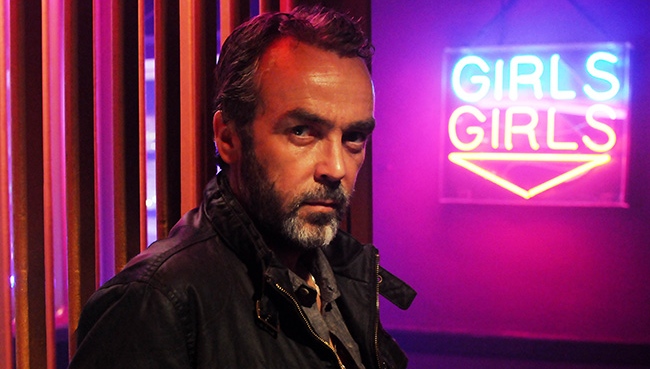 Best writing in a comedy: A Touch of Cloth

I realise there are a couple of British shows listed here that simply haven't been shown outside the country. A Touch of Cloth is a sharply written police spoof from Charlie Brooker and it's loads of fun. Remarkable attention to detail and an inspired leading performance from John Hannah make this something you won't regret checking out. 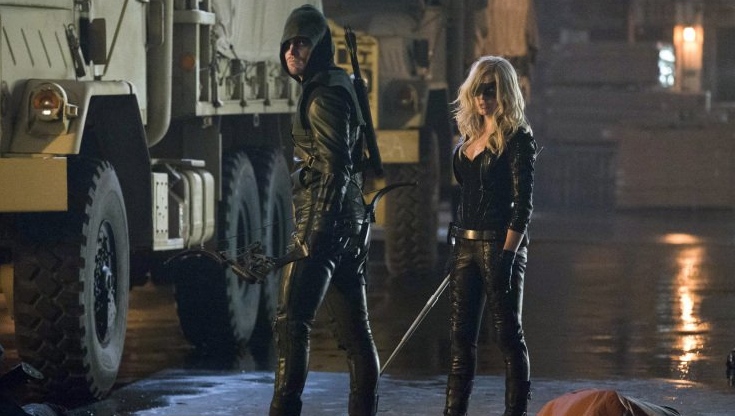 This show presents loads of imaginative set pieces, full of captivating fight scenes and a lot of parkour. There's a real energy and excitement to the action on Arrow, which almost certainly suggests it has been painstakingly choreographed. 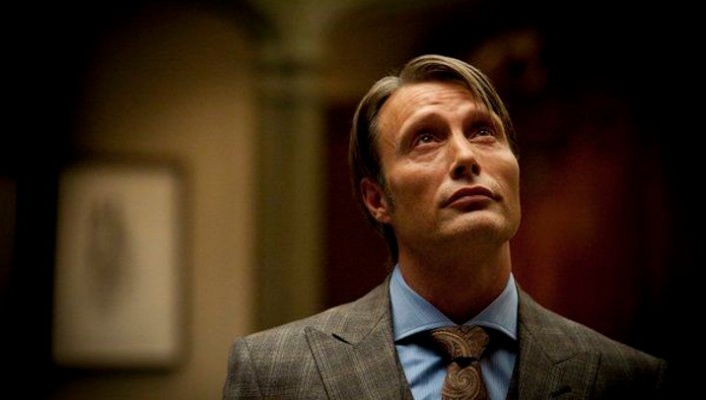 I wanted to come up with an interesting and more subtle choice for visual effects work. Hannibal engages frequently in dream sequences and hallucinations that are impressively designed and hauntingly atmospheric. It's not something that would jump to mind when you're thinking of effects but there are definitely moments where the visuals hammer home themes in really impactful ways. 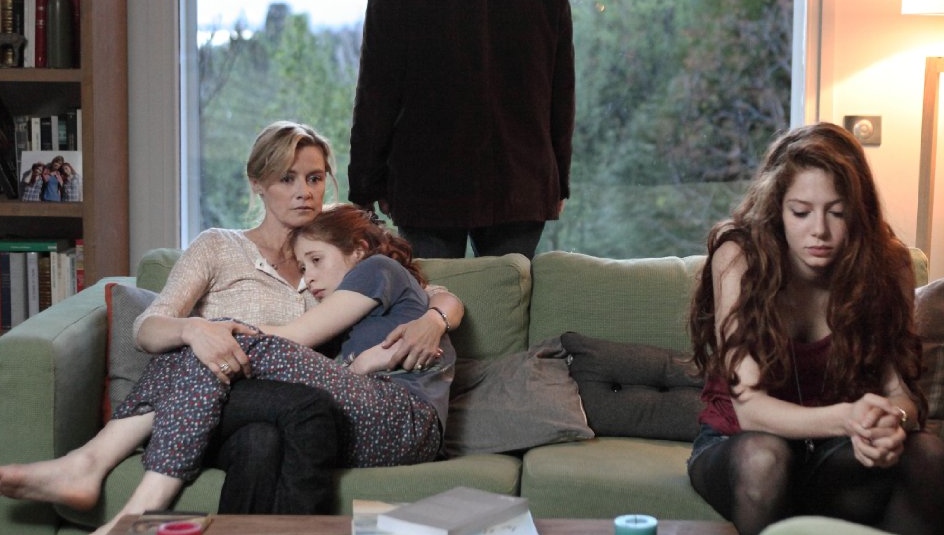 Once again, there are a couple of obvious choices when it comes to main title design and I think if you've seen The Returned you'll have been impressed by the show's fitting and spooky credits. The whole first season is something special, and the moment when Mogwai's music kicks in for the titles always reminds you that you're taking a trip to somewhere fascinating. 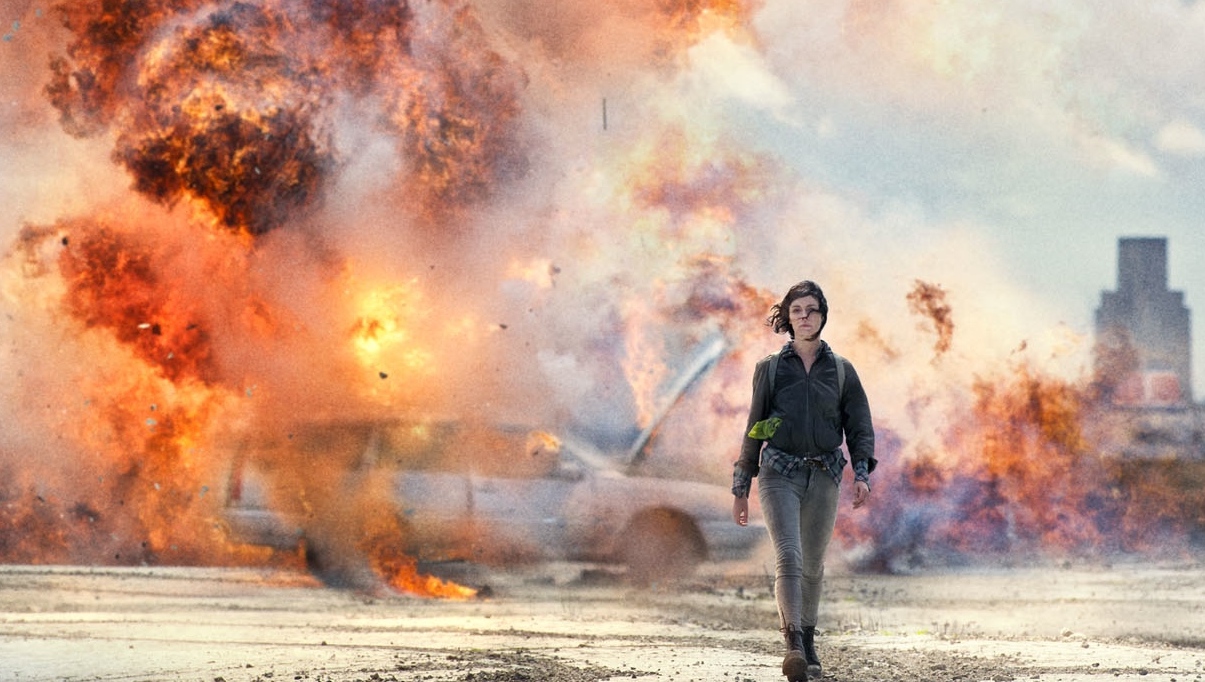 Barely anyone watched Utopia and there's no way its highly graphic content will find its way to somewhere like the US without some severe cuts. One of the most noteworthy things about the show, though, is its beguiling soundtrack.

From composer Cristobal Tapia de Veer, the music makes use of a eclectic and bizarre mix of instruments in a way that is just slightly crazy and completely unique.