Switching exclusively to the small screen for a moment, we find quite a lot to be excited about. 2013 proved to be a formidable year in serial storytelling on the ol' boobtube (or laptop), with shocks and twists aplenty. One thing to note, of course, is the very changing notion of what constitutes as TV. Case in point, one of our entries isn't even an episode or show itself, but an online content provider. But whenever and wherever we may have found them, here is our Best TV of 2013. 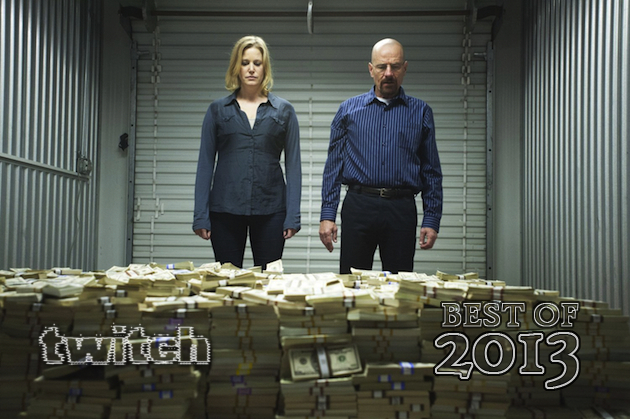 Peter Martin - Managing Editor
The brilliant culmination of everything that came before it, with a finale that got better the more I thought about it.

James Marsh - Asian Editor
I watch very little TV, and Breaking Bad may be the first TV series I have ever seen in its entirely during its original airing. Just a brilliant piece of writing, direction and acting from beginning to end. There have been a few rumbles of complaint about how the series ended, but honestly, the outcome was pretty much obvious and inevitable right from the start, but the way Vince Gilligan and his team handled it was impeccable. Almost makes me want to watch something else.

Ben Umstead - East Coast Editor
While not everyone may feel appeased with Vince Gilligan's conclusion to the chronicles of Walter White, I was thoroughly satisfied with the final 8 episodes. A fitting extended epilogue to some fine serial TV.

Pierce Conran - Contributing writer
I was terribly sad to say goodbye to Breaking Bad this year, my favorite show since The Wire, but I was very happy with it's sendoff. Bristling with adrenalin, the final 8-episode stretch offered some of the series' very best moments.

Eric Ortiz Garcia - Contributing writer
Let's be honest here: Breaking Bad was the only TV series I watched this year (right from the first season), but it is dope and I loved it. I intend to start watching Treme next year, by the way.

Ernesto Zelaya Miñano - Contributing writer
I watched the entire series in two months and was riveted to the screen, and I normally don't watch TV. Bryan Cranston was amazing as Walter White, the man you love to hate. Witnessing his inevitable final fate was a joy.

Games Of Thrones - The Red Wedding

Todd Brown - Founder And Editor
I've been watching Game Of Thrones while religiously avoiding the books, so I had no idea what was coming. Sure, I had some inklings, but still ...

Ard Vijn - Contributing writer
Ah, The Red Wedding. For an event which could easily be Googled and Wikied for years already, it is a miracle it stayed hidden well enough to hit fans of the show like a bombshell. Few things have made me laugh as hard in 2013 as the Twitter and Facebook comments immediately after the airing of "The Rains of Castamere". 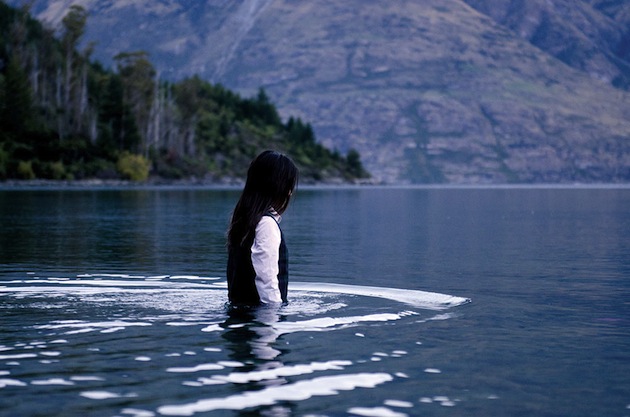 Top Of The Lake

Jaime Grijalba Gomez - Contributing writer
Impressive. I mean, how can we have something like this in television and not make everyone crazy? It's a miniseries, sure, it's maybe the only reason why I watched it and followed it every week: because I knew it was going to be a narrative that would end after 5 weeks. Top Of The Lake is a mystery that has a clear answer, yet at the same time it gives its mysterious vibe throughout the series and its charm continued even after it ended. This is one of the best experiences of 2013. 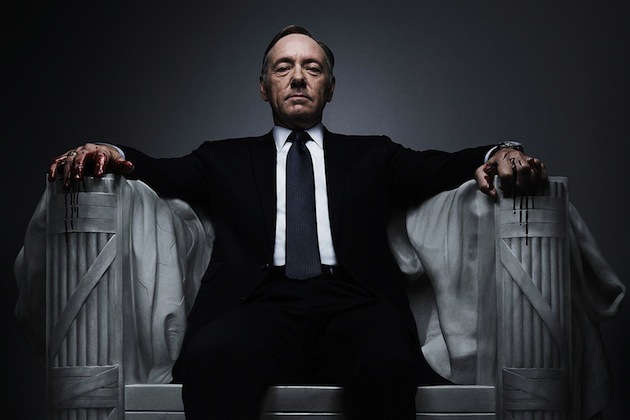 Joshua Chaplinsky - Contributing Writer
I came for the Fincher, but I stayed for the rejuvination of a great. Thanks to cable, the number of "must see" television series continues to grow every year. What made House of Cards stand out from the rest is that it was the show that made Kevin Spacey relevant as an actor again. Oh, and Robin Wright's not too shabby either. 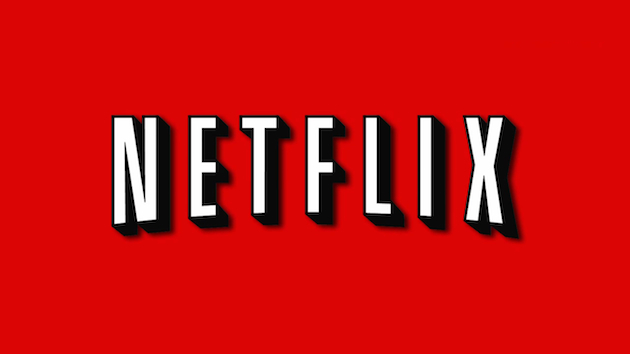 Ben Croll - Contributing writer
The "TV is the new Cinema" line is all played out, sure. And people have been marathoning whole seasons ever since the first boxed sets came out a decade ago. But the Netflix strategy of really engaging content + full season drops seems fresh and exciting, if only for symbolic reasons.

But you know, as all film lovers do, that symbols matter. 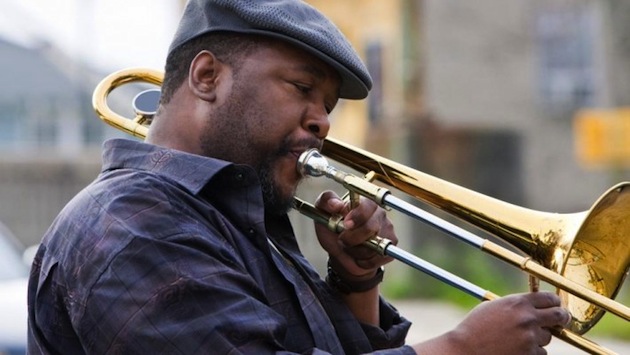 Jason Gorber - Featured critic
While the likes of Breaking Bad took all the hype, HBO continues to almost quietly show just how it should be done. These are both shows that people have dipped into, many giving up after a few episodes. If The Wire deserved an Oscar, Treme deserves a damn Nobel. Boardwalk Empire, meanwhile, has shown in the last season how palid most films, with some of the strongest performances of the year captured for the small screen. Both are on TV, both superior to all but the most rarified of so-called "films".

Do you feel this content is inappropriate or infringes upon your rights? Click here to report it, or see our DMCA policy.
best of 2013breaking badgame of thronestop of the lakeTV