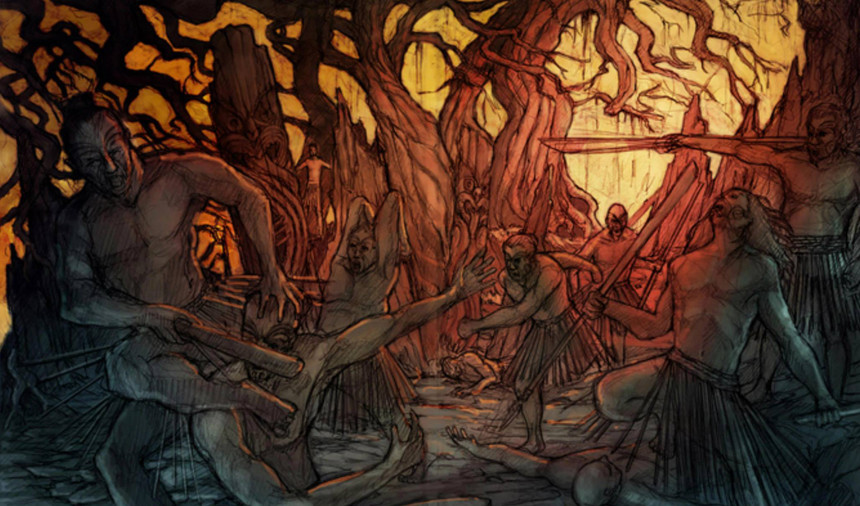 Best known for arthouse fare such as Dean Spanley, New Zealand director Toa Fraser will be taking a hard left turn into entirely different territory with his freshly announced new film The Dead Lands. And whatever lessons he learned about shooting choreography with his acclaimed ballet film Giselle - a selection of the Toronto International Film Festival - will be put to use with choreography of an entirely different sort.

After his tribe is slaughtered through an act of treachery, Hongi - a Maori chieftan's teenage son - must avenge his father's murder in order to bring peace and honor to the souls of his loved ones. Vastly outnumbered by the band of villains, Hongi's only hope is to pass through the feared and forbidden Dead Lands and forge an uneasy alliance with the mysterious "Warrior," a ruthless fighter who has ruled the area for years.

That's the first piece of concept art above and keep an eye out for stills and other materials as production moves along.