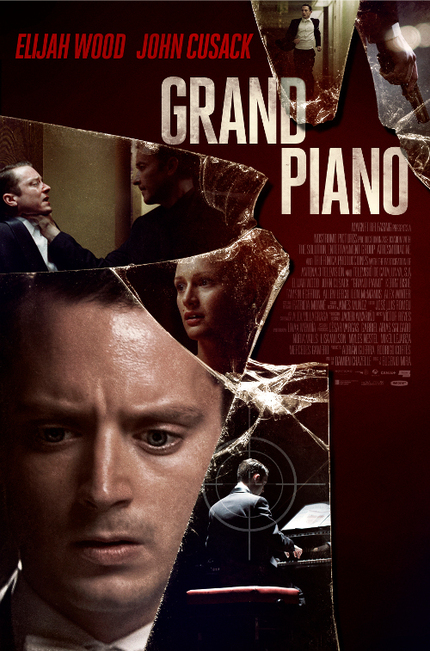 It's piano playing, TO THE DEATH! And, yes, while the premise for the Eugenio Mira directed / Elijah Wood starring thriller Grand Piano may sound a little ... odd, the execution is so spot on that the film became a runaway hit amongst critics and the general audience when it had its world premiere at Fantastic Fest.

Tom Selznick, the most talented pianist of his generation, stopped performing in public because of his stage fright. Years after a catastrophic performance, he reappears in public in a long-awaited concert in Chicago. In a packed theater, in front of the expectant audience, Tom finds a message written on the score: "Play one wrong note and you die." Without leaving the piano, Tom must discover the anonymous sniper's motives and look for help without anyone realizing...

Magnet releasing will put the film out on US VOD January 30th followed by a theatrical run starting March 7th and we've got the new US trailer for you below. Check it out.

Do you feel this content is inappropriate or infringes upon your rights? Click here to report it, or see our DMCA policy.
elijah woodeugenio miragrand pianotrailer